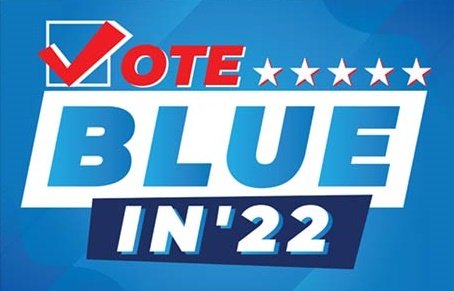 The news seems to come at us so fast that I often delay writing this column in case some more compelling story comes along. The “raid” on Mar-a-Lago (it was a legal FBI search warrant) and ensuing circus of false accusations from former President Donald Trump and his allies has been dominating newscasts.

Every day brings new, even more disturbing revelations. Currently, news is breaking that they have recovered hundreds of highly classified documents personally removed and reviewed by Trump. Some were even left unsecured in his office closet because Chinese spies roaming the resort would never think to look for them there!

We seriously must wonder just what Trump, a “billionaire” who constantly seems desperate for money, planned to do with all of those stolen documents.

Meanwhile, the real business of governing our country is being done. While perhaps not making the sensational tabloid-type headlines, our Congress, always more productive with a deadline like their vacation looming, has passed some pretty significant legislation.

There were plenty of headlines created around some of it, thanks to comedian and activist Jon Stewart, who was taunting Congress to pass a bill to help veterans who developed cancer after being exposed to burn pits in the military. Republicans voted it down and quickly remembered that their constituents were watching and “changed their minds,” passing the bill.

While this was going on in public, the very slim Democratic majority in the Senate quietly struck a deal to bring a signature piece of legislation for the Biden administration back from the dead and moved the massive Inflation Reduction Act, formerly known as the Build Back Better Act, to the floor for a vote.

They set out to cripple the bill by kicking out major parts of the legislation such as protecting insulin users from exorbitant prices. They even high-fived each other on the Senate floor when they stopped it from proceeding. But, once again, they forgot the cameras were rolling and they heard plenty from the folks back home and “changed their minds.” The bill was passed.

It also establishes a 15% minimum tax on corporations making more than $1 billion a year, estimated to bring in $300 billion in additional tax revenue, and provides funding to hire badly needed IRS agents to handle the backlog in processing of tax returns.

President Biden, using his 36 years of experience in the Senate, has managed to pass most of the legislation that he mentioned as goals in his campaign for the presidency, with a few still outstanding like the voting rights bill. He has passed some of the most historic legislation in American history.

The contrast between the two parties couldn’t be more stark.

At the slightest hint of a Democratic win, Republicans leap straight off the nearest cliff. They make up the most outlandish stories to tell their Trumpy base to counter the victory. These crackpot theories are not just from some obscure TikTok pundits but names that you may recognize — like Texas Sen. Ted Cruz, Florida Congressman Matt Gaetz and our very own Gov. Ron DeSantis, who envisioned armed IRS agents roaming the streets hunting down Uber drivers. I think that there is currently real money to be made in the tin foil hat industry.

Republicans must bang on Democrats so that we are distracted from the crime spree that is their current party. It is their job — and they do it well. A little over the top, but then they have a reputation to maintain on Fox “News.”

Republican politicians are riding the wave and hoping that they don’t drown in it instead.

Meanwhile, mainstream Republicans are trying to navigate the crazies and still stay true to their conservative roots. They try to distance themselves from the constant flow of bad news without openly quitting on the GOP. But secretly they are both whispering about Trump, “I just wish I knew how to quit you.”