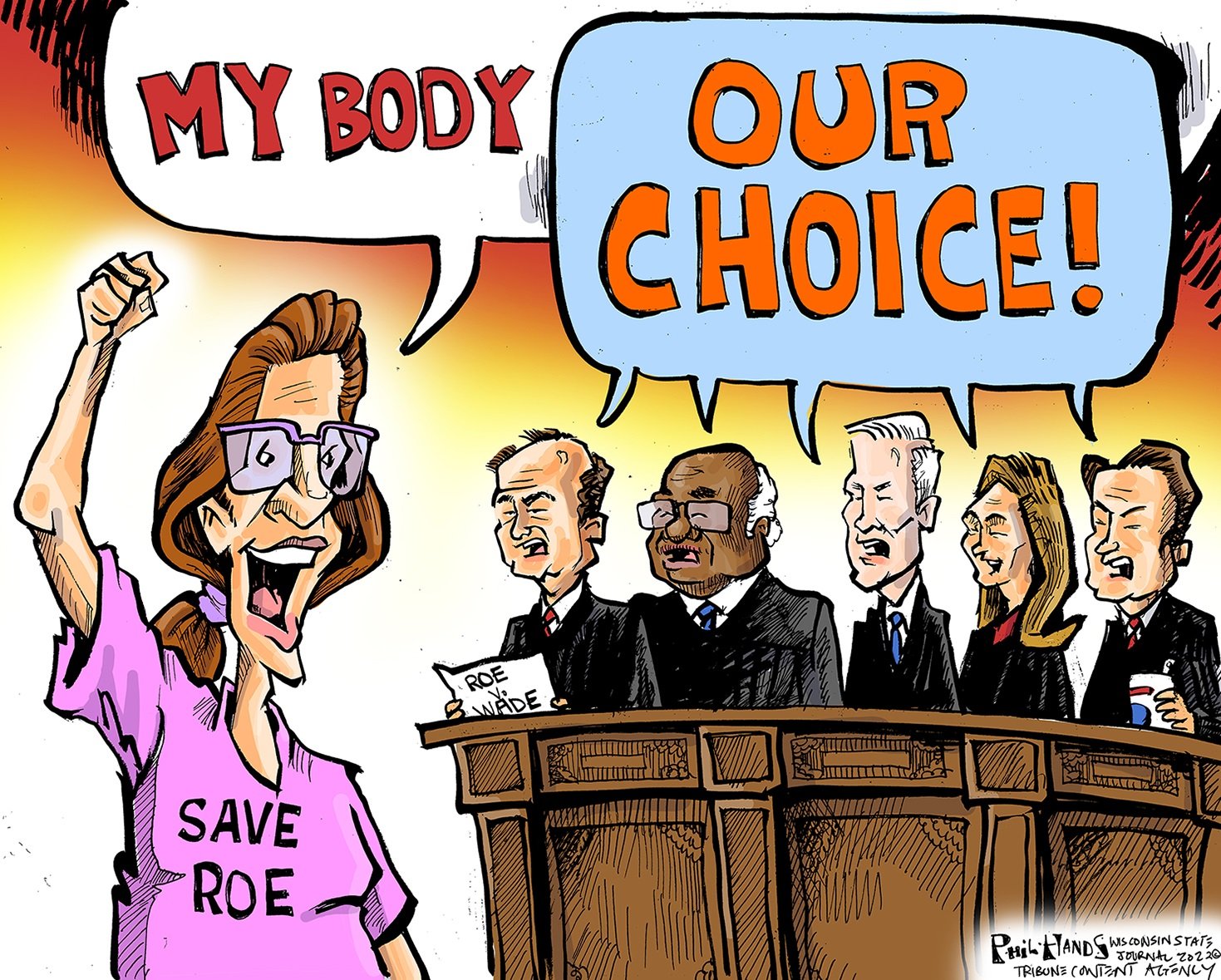 The First Amendment of our Constitution: “Congress shall make no law respecting an establishment of religion, or prohibiting the free exercise thereof; …”

The current Federalist Society Republican political appointees to our Supreme Court are planning on making a mockery of our First Amendment by doing an end run around it that requires our government not make laws in favor of religion.

For more than a decade this conservative court has made rulings weakening that separation of religion and government. This court may further weaken this separation with a decision on Roe v. Wade with almost 50 years of case law supporting legal abortions giving women the right of liberty concerning their bodies under the 14th Amendment.

In 1992, the Supreme Court in Planned Planned Parenthood of Southeastern Pennsylvania v. Casey upheld Roe and cited courts “have recognized the right of the individual to be free from unwarranted governmental intrusion into matters so fundamentally affecting a person as the decision whether to bear or beget a child, Eisenstadt v. Baird.”

The Federalist Society was founded in 1992 by law students naming their organization for the Federalist Papers, essays written to persuade New York to ratify the U.S. Constitution. The society favors states’ rights over a strong central government, and they take an unfavorable view of amendments and legislation that removed powers from the states.

The leaked preliminary report by Justice Alito argues there is no mention of abortion in our Constitution while using 13th and 17th century common law treatise to return a woman’s right to a legal abortion back to the states. That would result in many states, including Florida, being able to pass and enforce laws limiting abortions or outright banning all abortions without exceptions, and classifying abortion as felony murder with prison sentences for anyone involved in the crime.

This is the culmination of years of religious groups joining conservative Republicans to force their religious views on all Americans. In the 1980s the evangelical Southern Baptist Moral Majority, co-founded by Jerry Falwell, joined forces with the Republican Party to elect Ronald Reagan to the presidency. He became their patriarchal male leader. Falwell’s Moral Majority supported both anti-abortion and anti-gay legislation.

Religion is not without corruption; we’ve seen it in the Catholic Church and now the Southern Baptist Church with a third-party report that their leadership has hidden more than 20 years of sexual abuse cases involving women and children of their congregation — a good reason to disagree with Falwell’s opinion concerning our First Amendment, “The idea that religion and politics don’t mix was invented by the devil to keep Christians from running their own country.”

All religions have the right under the First Amendment to practice their faith, but they do not have the right to make our government their religious organization. The Rev. Billy Graham stated this clearly: “I don’t want to see religious bigotry in any form. It would disturb me if there was a wedding between the religious fundamentalists and the political right. The hard right has no interest in religion except manipulating it.”

We’ve seen the political corruption of our Supreme Court and now the possibility that these political justices will rule either to overturn Roe v. Wade or to rely on states to do it, standing in violation of our third branch of government, a Supreme Court free of political pressure, and our First Amendment rights under our Constitution, a government free of religious domination.

On this Memorial Day, let’s remember women have been serving their country in battle since the American Revolution for more than 200 years in one form or another, fighting for our freedoms. Women have overcome decades of discrimination to get to where they are today. Neither our Supreme Court nor our states should be able to treat women as second-class citizens, requiring them to bear children against their will.