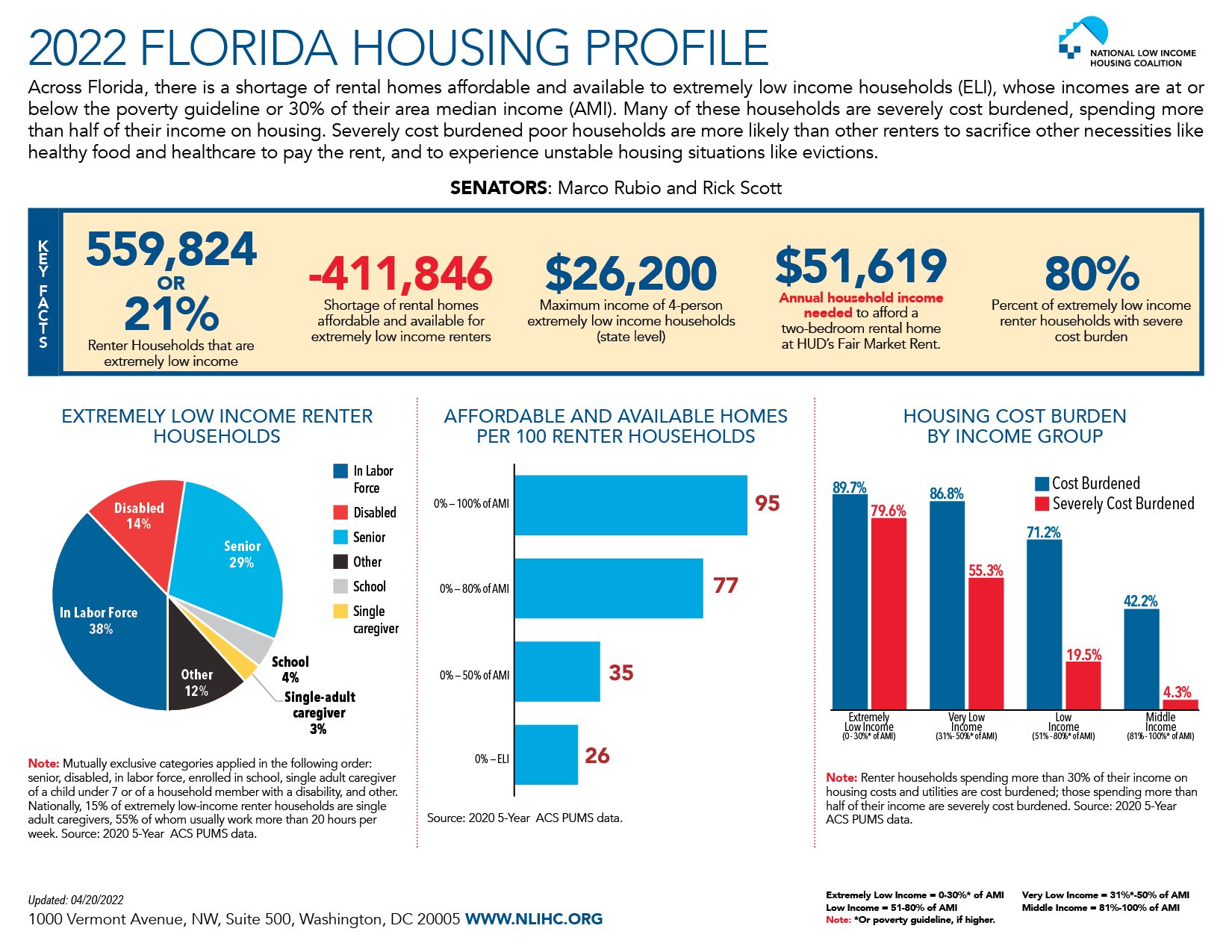 The Daily Commercial-Barbara Hill: Where, oh where, have the affordable housing funds gone?

For too many years, the Florida GOP legislators and governors have ignored the needs of their constituents. This is a brief history relating to affordable housing funds and why our state is so lacking in housing for low- and middle-income families.

At one time, Florida Housing funds were appropriated from federal resources to finance affordable housing. Because of the difficulty in using these funds, the Florida Legislature began acquiring funding from state programs. Then, in 1991, the Sadowski Housing Coalition came together with the purpose of establishing revenue sources for affordable housing programs for the state of Florida. The coalition consisted — and still does consist — of members from business and industry groups; faith-based organizations; groups advocating for the elderly, vets, homeless and special needs folks; and government and planning organizations.

William E. Sadowski (“Bill” to his friends), was a politician in the Florida House. Bill was called the “Conscience of the Legislature” who served Florida well. Unfortunately, Bill died in a plane crash in 1992, after which, his fellow supportive politicians created the William E. Sadowski Act. Supporters were members of the coalition, home builders and realtors who created a dedicated source of revenue to fund the act.

The revenue sources are a 10-cent increase in documentary stamp pairs on the transfer of real estate beginning in July 1992 and a reallocation of 10 cents of existing documentary stamp-tax revenue from general revenue to the affordable housing trust fund as of July 1995.

The Florida Housing Finance Corporation (Florida Housing) was created by the state legislature 40 years ago to assist in providing a range of affordable housing opportunities for residents. “Our vision is to be recognized as an outstanding provider of innovative, measurable, data-driven and fiscally sustainable solutions that respond to the affordable housing challenges of our state,” according to floridahousing.org

Then, in 2002, there was a housing boom, so then-Gov. Jeb Bush and the legislature plundered the trust fund for other projects that had nothing to do with affordable housing. According to recent articles, Jaimie Ross, CEO of the Florida Housing Coalition, explained that the legislature got used to taking funds from the trust fund and putting it into general revenue for the legislature’s own use. From then on, the Republican governors and GOP legislators continued to raid the trust funds, not considering what the future might hold. According to Ross, all of this theft from the program over the years added up to more than $2 billion. This past legislative session, the legislature passed a bill to stop stealing money from the fund and to leave it where it belongs to provide affordable housing. Unfortunately, the fund is now worth about $362 million — a pittance compared to what it could have been.

For years developers built homes where the profits were — in larger, more expensive homes. Legislators did not plan for the future, and now the affordable housing situation is absolutely dire. Plus, because of inflation, Floridians are losing the ability to buy a home or even rent one. Whatever the legislature and the governor do, for many, it is much too little, too late. Sufficient affordable housing now relies on incentives to attract affordable housing developers, such as money, tax credits and innovative partnerships.

One light at the end of the tunnel: the legislature implemented a program called “Hometown Heroes” this year that is directed at providing assistance in the form of down payments and closing costs to firefighters, EMS, law enforcement, active veterans, reserve military members, health care professionals and teachers. If the promise of the program is fulfilled, this could be the beginning of a new affordable housing trend for our beleaguered state.

My question is, why do Florida’s governors and legislators wait until a situation is critical before acting? Add the affordable housing situation to climate change and health care, and Florida is always behind the eight ball.