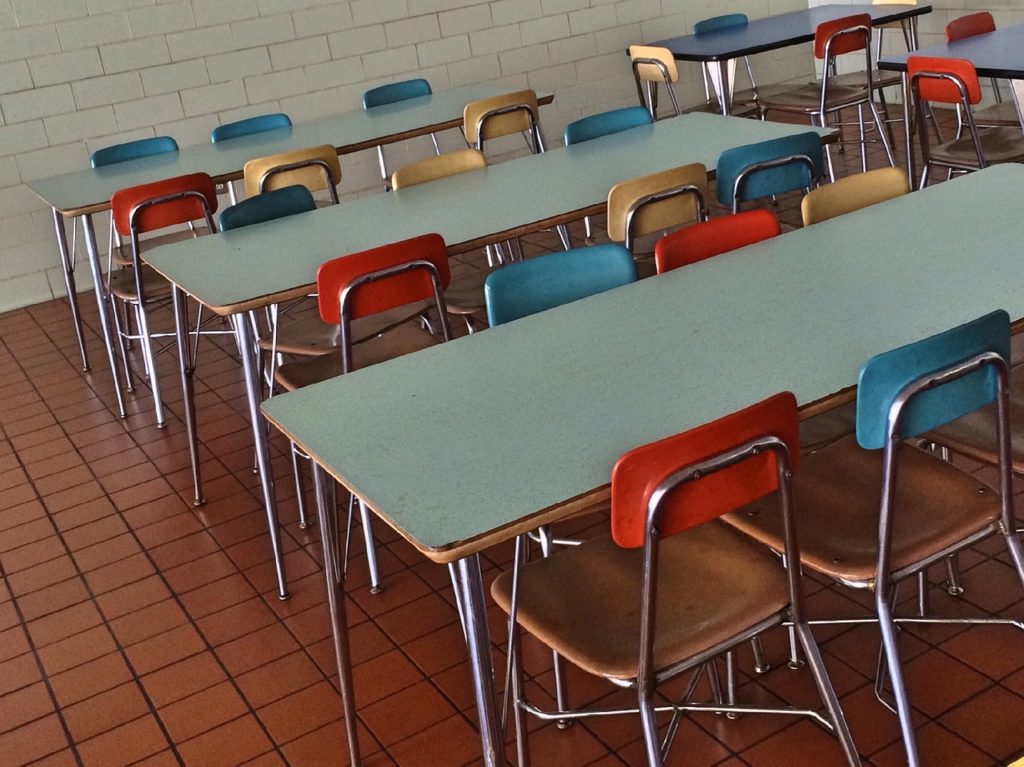 For the past several years, the elephant in the classroom has been the fate of public education.

The appointment of Betsy DeVos as Secretary of Education gives cause for heightened concern.  Mrs. DeVos, a strong supporter of charter schools and the voucher system, who herself has little or no working knowledge of the public education system aside from her mentoring stints, has the responsibility of making quality education available to all children regardless of their economic status, race, physical and mental ability.
Even more concerning is that in January 2017 The U.S. House of Representatives introduced Bill 610, “Choices of Education Act of 2017,” via the efforts of Mrs. DeVos and U.S. Representative from Iowa, Steve King.  Mr. King recently raised media attention by his comments promoting racism and white nationalism applauded by Ku Klux Klan Wizard David Duke.
This bill serves as the harbinger for the school voucher system to be used by children ages 5 to 13 and with it the defunding of public schools by cutting back on federal support for public education.  School vouchers continue to be the subject of harsh criticism even from conservative groups who generally support vouchers according to Alan Singer, contributor to The Huffington Post.  He also reported that in 2016 The Fordham Foundation conducted a research study on a program aimed at enhancing student performance.  The program distributed vouchers to about 1,800 Ohio students in low-income urban communities.  The results of the research study that showed voucher system students who attend private schools performed worse academically than their peers who remained in public schools. Similarly, The Brookings Institute conducted a study of public schools in Louisiana post-Hurricane Katrina and cited a public school student whose math average was in the 50th percentile declined to 34th percentile after attending a private school using a voucher.
The bill will eliminate the Elementary and Secondary Education Act (ESSA) of 1965 which is the nation’s educational law and provides equal opportunity in education.  It is a comprehensive program that covers programs for struggling learners, Advanced Placement (AP) classes, English as a Second Language (ESL) classes, classes for minorities such as Native Americans, Rural Education, Education for the Homeless, School Safety (Gun-Free Schools), Monitoring and Compliance and Federal Accountability Programs.
The Elementary and Secondary Education Act (ESSA) of 1966 ensures that children with disabilities have access to the general education curriculum, accommodations on assessments includes provisions requiring local education agencies to provide evidence-based interventions for consistently underperforming groups, and reducing incidents of bullying and harassment in schools for states in Title I plans.
The bill also abolishes the National Act of 2012 (No Hungry Kids Act) which provides nutritional standards in school breakfast and lunch.  Studies have shown a direct correlation between proper nutrition and the student’s ability to focus on and assimilate the lessons presented during class.  For those children who come from low-income households or those who are homeless, the breakfasts and lunches they receive at school may be the ONLY nutritious food or hot meal they have that day.  The bill has no mention of The Individuals with Disabilities Education Act (IDEA) requiring schools to serve the educational needs of eligible students with disabilities and Free and Public Education (FAPE).
Those responsible for plotting the course of education need to understand that it is not a one size fits all solution.  Not every child learns at the same level or speed nor do they have the same abilities or skills.  However, what every child has in common is that he or she is teachable and should be allowed to rise to their fullest potential with resources in place to make that happen.
As voters, we need to let our local, state and federal representatives know that we are opposed to the passage of Bill 610 and that it doesn’t make the grade in public education. Let your voice be heard through personal visits to their offices, letters, and emails.

The future of America rests on the shoulders of the children that we educate today.