Opinion: From the Left- Gary Clark: Why it’s time to bring back the draft 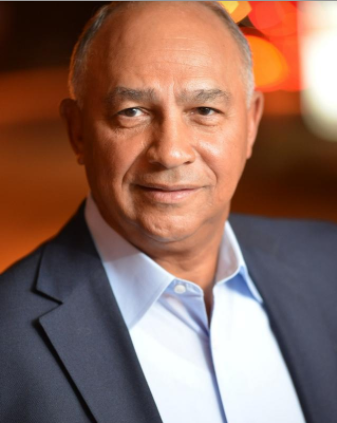 Over the past 40 years, I have slowly watched our country’s values and our respect for each other deteriorate.

As we all have heard, the “Greatest Generation” was our best generation ever. I contend that the reason that generation was “great” was because they spent time in our military. They were either drafted or volunteered. There were over 16 million Americans that served in the military during WWII.
What was the importance of this? First you had men and women pulled from all parts of the country. From deprived areas, ghettos, middle America and wealthy areas. They all came together for a common good: Saving the world from Hitler and Japan.
But more importantly was what happened when the war was over. You had all of these people coming back into our country as better citizens. They came back more mature, better disciplined, more respectful and better informed. Just as important, they came back with a trade and/or the opportunity to go to college and for the first time had the opportunity to buy a home, thanks to the G.I. Bill.
As most people returned from war, there was a shortage of homes. Because of the Veterans Emergency Act, millions of homes and apartments were built in the city and suburbs. This changed the makeup of cities and communities across America. As you know, with home building everything else explodes economically. The growth of the country exploded, college populations exploded, jobs exploded and the “middle class” in America exploded. Thus creating an environment to produce the most prosperous middle class the world has ever seen.
As a personal story, had it not been for the draft, I would have never had the opportunity that I’ve had. The draft pulled me out of an environment that could have led to jail or an early death. Because I was drafted, I traveled areas of the world that I never would have, saw things I never would have, met people I never would have (especially my wonderful wife) and got the opportunity to go to college.
For all of us that served in the military, we worked with people that we never knew or may not have liked but we came together to get the job done. I am who I am partly because of my experiences created by the draft.
As I look at our country today, I see people that do not have the opportunities to get out of tough situations. I think bringing back the draft would do several things:

As you look at our society now, it appears to be more divided. As of now there are 6 million jobs plus that are unable to be filled because our citizens don’t have the wherewithal to get proper training.
If you look at our political leaders, very few if any spent time in the military. Consequently, there is a lack of maturity, discipline, respect or team work. Because many have not spent time in the military, sending our volunteers to the same wars repeatedly is OK. No, it’s not.
I think bringing back the draft would create the opportunity for the next “Great Generation.” I believe we all can agree that we can’t continue going down the road that we are on. We can be better than we are now.