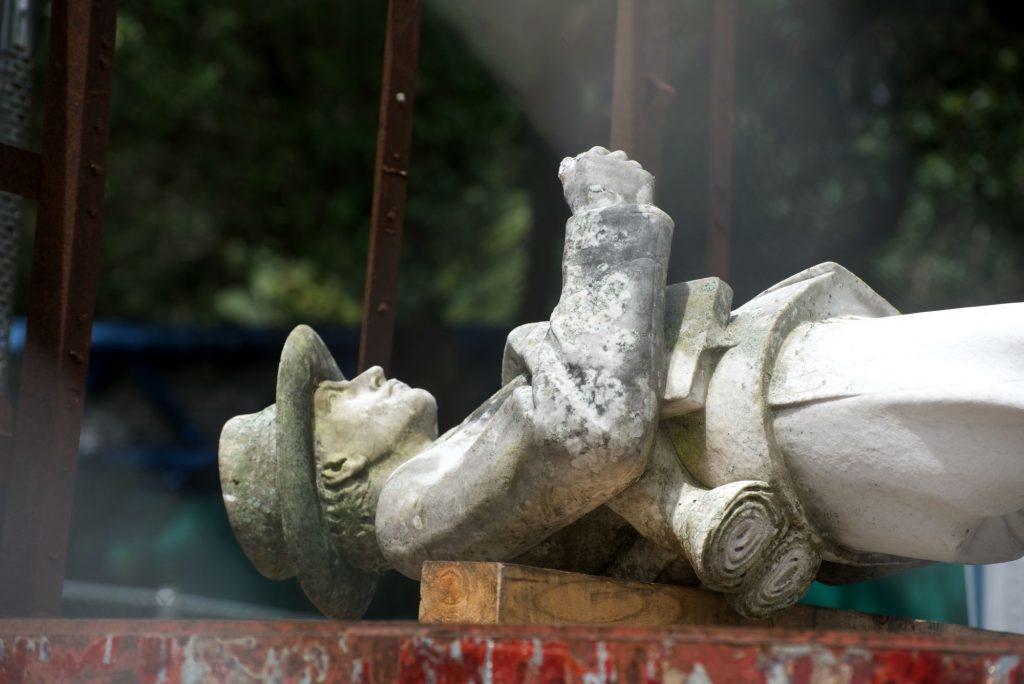 As of the early 21st Century, the rebel flag has become a highly divisive symbol in the United States.

Johnny Reb and other Confederate statues are being relocated. Great!

Here is another alternative: Continue to allow these reminders of the Confederacy or Auschwitz and other death camps and stains on our nation and others. They are part of our human journey to become a better nation and a better world. It is our sordid history, however, these are not acceptable nor appropriate to remain unless there are plaques prominently affixed to those monuments. Those plaques must state this or similar sentiments: The anarchistic, rebellious, secessionist, slave-owning ideology this statue represents was soundly defeated and humankind is far better for the defeat thereof.

Or, to capture the sentiment on the “I’m with stupid” T-shirt with an arrow pointing in a direction: This Anarchist who prosecuted war against the United States in order to continue to oppress and enslave people and to continue to profit off their uncompensated labor.

Fortunately, the Union of States was saved and the ideology of enslaving people came to an end in the United States. Right won over wrong. Despotism and hate were shown to be what they are: crimes against humanity.