FROM THE LEFT-The Daily Commercial: America’s treatment of indigenous peoples is unforgivable 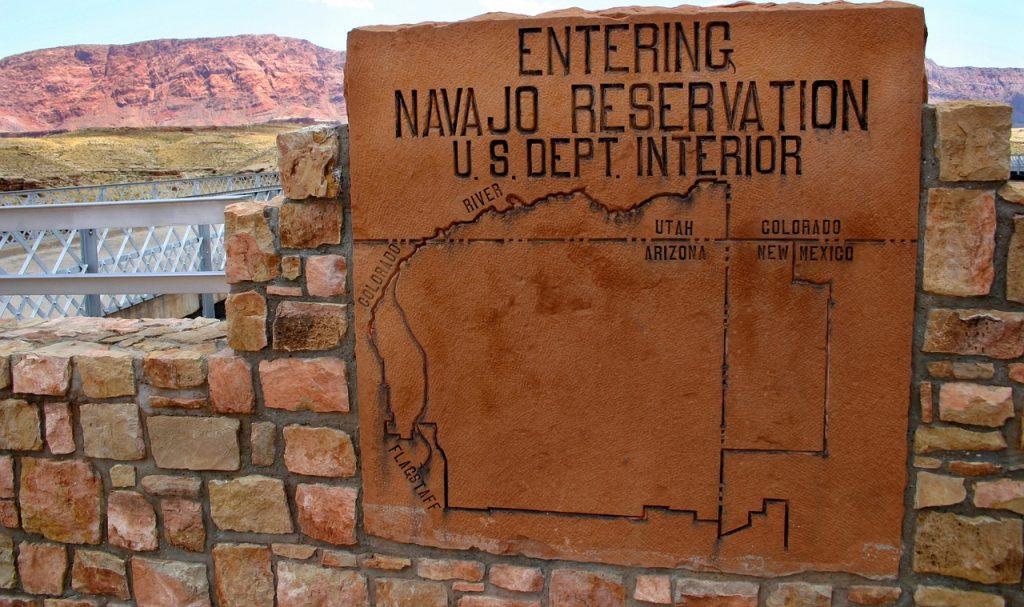 Choice Edwards
President Trump, in his childish way, derisively calls Senator Elizabeth Warren Pocahontas; indeed it is a badge of honor instead.
What nations have done to the indigenous peoples of the Americas is unforgivable. Yet it continues.
Slavery is our country’s original sin, but what we did and continue to do to the indigenous people called Indians only because Chris Columbus thought he’d come to India, is enough to make a grown person with a heart and Iron Eyes Cody cry out loud.
The total American Indian/Alaska Native population is 2.9 million or about 0.9 percent of the U.S. population. Obviously, the natives of these lands (North, Central and South America) had a very lax immigration policy — they vetted no one. Where is nativism when most needed?
Chief Justice John Marshall set Native Americans on the path to poverty in 1831 when he characterized the relationship between Indians and the government as “resembling that of a ward to his guardian.” With these words, Marshall established the Federal trust doctrine, which assigns the government as the trustee of Indian affairs.
That trusteeship continues today, and unfortunately, it has served Indians about as well as did Andrew Jackson.
The federal government is responsible for managing Indian affairs for the benefit of all Indians.
But by all accounts, the government has failed to live up to this responsibility. As a result, Native American reservations are among the poorest communities in the United States.
The federal government guaranteed the health, safety and welfare of tribal nations in exchange for over 450 million acres of tribal lands. Upholding this federal responsibility remains critical as American Indian and Alaska Native citizens experience higher disease rates, lower life expectancy rates, higher dropout rates and higher poverty rates than any other racial or ethnic group in the country.
Tribal communities are among the poorest in the country and unemployment rates in Indian country often stand above 50 percent.
• 1 out of 10 American Indians (12 and older) become victims of violent crime annually.
• Native people die at600 percent higher rates than other Americans from tuberculosis, have a 510 percent higher rate for alcoholism,189 percent higher rate for diabetes,229 percent higher rate in injuries, 152 percent higher rate in vehicle crashes and a 62 percent higher rate in suicides.
• Indian youth have the highest rate of suicide among all ethnic groups in the U.S. and it is the second-leading cause of death for Native youth aged 15-24.
40 percent of on reservation housing is considered substandard (compared to 6 percent outside of Indian Country) and nearly 1⁄3 of homes on reservations are overcrowded. Less than half of the homes on reservations are connected to public sewer systems, and 16 percent lack indoor plumbing.
Over 66 percent of the roads system is unimproved earth and gravel.
Approximately 24 percent of Indian Reservation Roads bridges are classified as deficient. These conditions make it very difficult for residents of tribal communities to travel to hospitals, stores, schools and employment centers.
Water is sacred to many tribal nations and is vital to tribal subsistence, cultural practices, health and welfare, agricultural production and economic development. Water allocations to tribal lands first originated in the early 1800s through tribal treaty provisions, advancing through tribal water settlements and claims, and now water resources are closely monitored for quality and safety reasons. Nonetheless, according to the 2007 Indian Health Service Sanitation Deficiency System Summary Report, over 13 percent of tribal homes lack basic access to safe drinking water and sanitation services, compared to less than 1 percent of homes nationwide. And I thought Flint, Michigan was unforgivable.
Treatment of natives borders on some of the worst human rights abuses any place on Earth. The demographics of the country are changing. Some of us now can commiserate with the first Americans as they saw the inhabitants of their lands change.
We must do better. Let our federal office holders know they must do better. Infrastructure enhancement should and must begin with the first Americans.