Democrats On Fire! The July meeting was full of great people with a passion for sharing their Democratic values with the community. 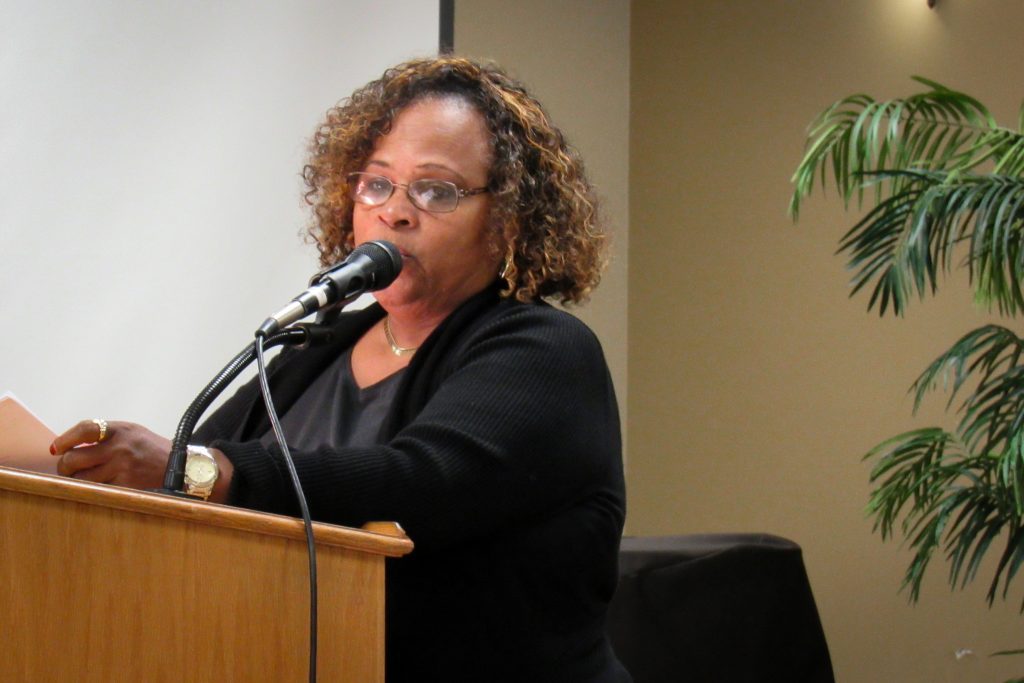 Francine Garcia opened the meeting with the following “Food For Thought”:

“Florida GOP raises nearly $339K in second quarter of 2017; figure marks one of lowest totals in two decades” via Florida Politics — State records show the Republican Party of Florida raised $338,942 between April 1 and June 30. The fundraising period covered a portion of the 2017 Legislative Session and a three-day special session, during which state lawmakers are prohibited from raising money. … The three-month fundraising period pales in comparison to previous fundraising periods by the Republican Party of Florida. The Florida GOP raised more than $4.1 million in the second quarter of 2016; one year earlier it raised more than $1.9 million in the same three-month fundraising period. State campaign finance records dating back to 1996 show this year’s quarterly numbers are the the lowest in more than two decades. Records show the next lowest fundraising period was Nov. 1, 1996 and Dec. 31, 1996, when the party reported raising $572,531. There were three fundraising periods, state records show, where the state party reported raising no money.

This was great news and it shows that all our hard work of Florida Democrats is making a difference!

Following we had two local candidates speak. First to speak was Jeffery Rabinowitz who is a Congressional Candidate for District 15 . Mr. Rabinowitz discussed healthcare and The ACA eliminated the category “uninsurable”. He also discussed how the Republicans can’t come up with a replacement because, while there is room for improvements, the ACA is working. He warned that they should not mess with Obamacare if they don’t have something better. 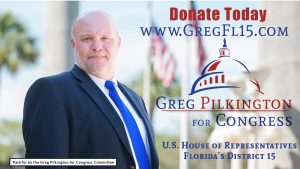 Next, Greg Pilkington, who is also running in the 15th District shared with us the qualifications and experience that he will bring to Congress. Mr. Pilkington graduated with a Masters Degree in International Business from the University of South Carolina, DHL Worldwide Express sponsored him to work for them in Belgium and he went on to most recently working for the World Customs Organization, as their Executive Officer for Budget & Strategy in Brussels. The WCO represents 182 Customs administrations across the globe that collectively process approximately 98% of world trade. He has traveled around the world and worked with teams to meet specific goals. He will bring all of this experience to District 15.

Susan Fetter, who heads Volunteer Outreach, gave a wonderful presentation on “Active Listening”. The tips she shared will help those that work in the Lake County Democratic Party office, as well as we go door-to-door and talk to area constituents. Here are some tools that she shared with us.
You can find great information at https://www.mindtools.com/CommSkll/ActiveListening.htm
This video will also be helpful. 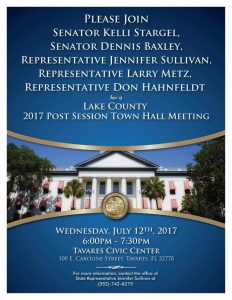 Francine Garcia, our State Committeewoman, encouraged us all to participate in  Lake Florida Blue. The fund is designed to help local candidates build their campaigns. You can donate here. 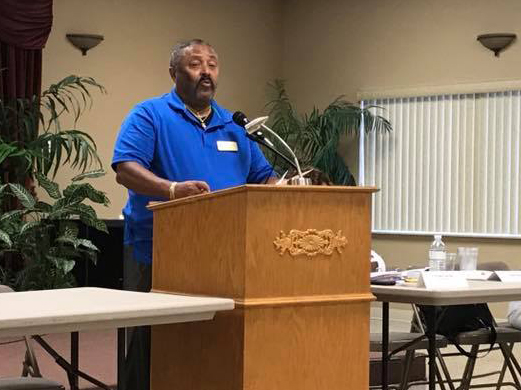 Susan Fetter, head of Volunteer Outreach,  shared with us the progress that has been made on phone banking and updating the volunteer data base. We are looking for a regional coordinator for District 6.
[su_divider top=”no”]

Greg Wilhelm, stood in for Jane Hepting, and gave the Candidate Recruitment report, He spoke with us about the results of an interview with Nancy Soderberg, who has shown interest in running again Ron DeSantis for the House of Representatives seat in District 6. Look for more news on the Candidate Training 101 that will be held at Lake-Sumter State College in September.
[su_divider top=”no”]

Rose Fitzpatrick, head of Fundraising, announced that Peter Yarrow, of Peter, Paul and Mary, will be the entertainment for the October 20th event at the Mount Dora Community Center. Keep your eye out for more information on this event. Our Fall Breakfast will be Spetember 23rd.
[su_divider top=”no”]

Pat Spear, who is in charge of office operations, was pleased to announce that the office is now fully staffed, She would still like volunteers that can help when regular staff need time off.
[su_divider top=”no”]

Laura Williams, who helps with our website and social media efforts, asked that each club and caucus create a video that tells about what they offer, She also asked that members send in short videos, or test, that explains why they are a Democrat. She will be starting an online donation drive in August and asked that you please share the posts with your online audience!
[su_divider top=”no”]

This Monday at the Greater Leesburg Democratic Club meeting, July 17th at 5:15 pm the Executive Director of Trout Lake Nature Center, Eileen Tramontana will share with us why water is our most important resource in Lake County and what we can do to protect it. 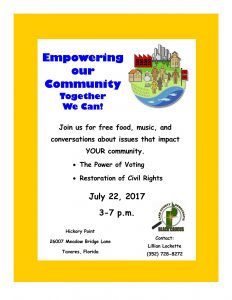 Together We Can at Hickory Point: A great family day and a chance to hear from local officials including the Mayor, Chief of Police, Lake County Sheriff, city officials and more. There will be face painting, clowns and more for the kids. 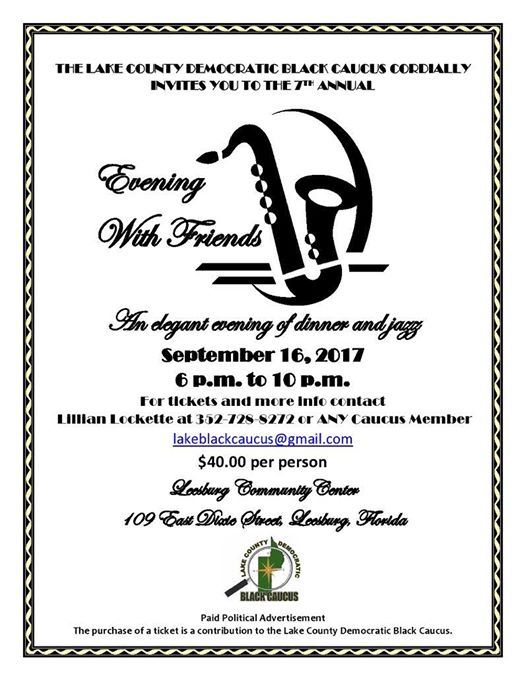 The Lake County Democratic Black Caucus presents An Evening With Friends:  September 16th at the Leesburg Community Center enjoy a great meal and an evening of jazz.


Fall Breakfast: September 23rd- We will be posting details soon
For all upcoming events and meetings please check out our calendar.
[su_divider top=”no”]
Next month’s meeting will be held August 11th from 6pm – 9pm at the Tavares Civic Center, 100 E Caroline St, Tavares. During this meeting, Laura Williams will a workshop on Social Media. This is something that will help all of us as we go out and talk to people in our community.