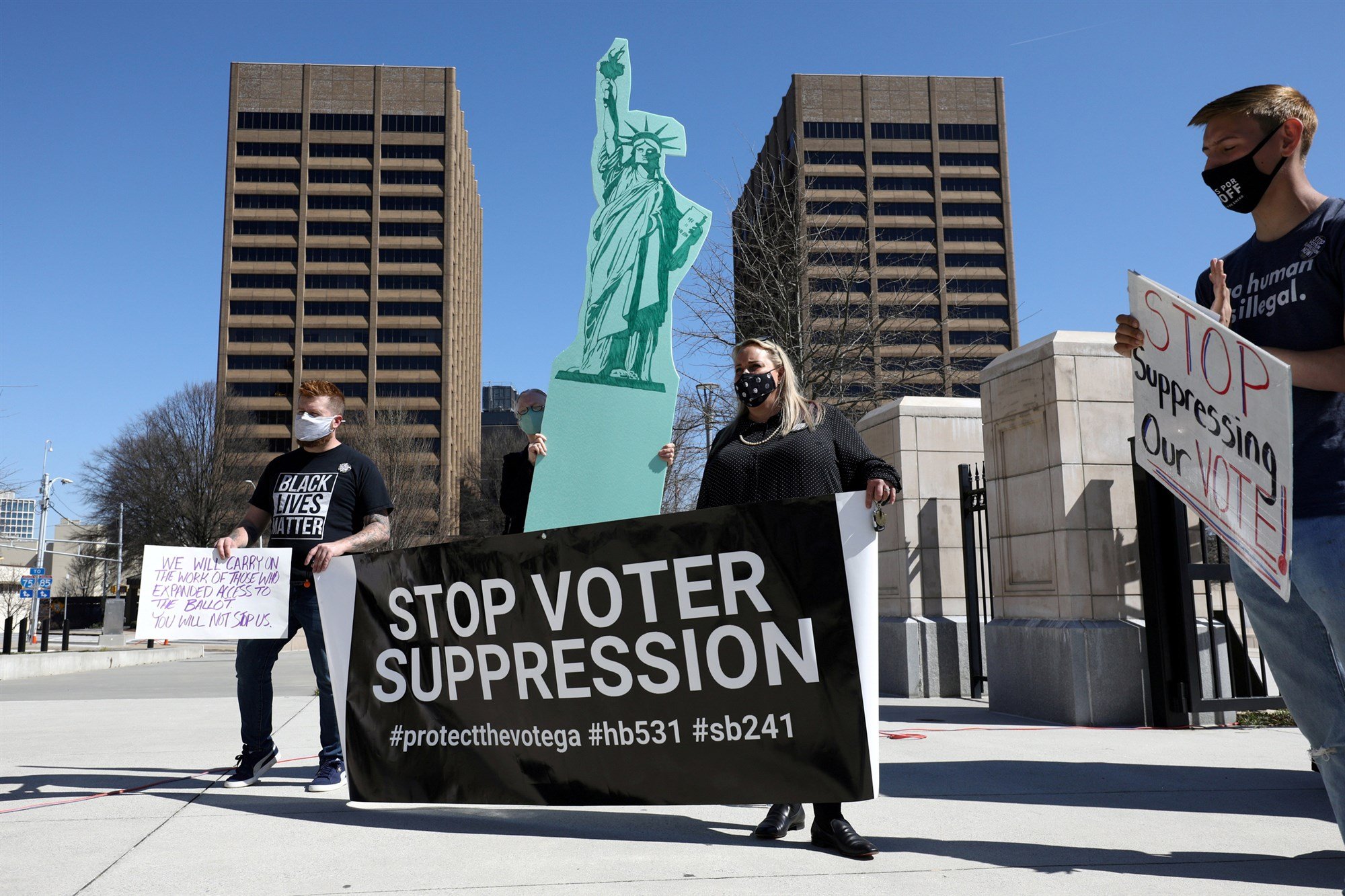 Democrats have battled in the political arena for decades. We have protested, stormed commission meetings, occupied Wall Street, and wrote copious editorials. We have attempted to increase education funding, combat the crud in our waters, and thwart legislators determined effort to silence protesters.

Yet, our education standing in the world has plummeted. Big sugar is still dumping its waste in our ecosystem, and bills to suppress the collective voice of the people are alive and well in many States. This is, in part, because the vine of corporate greed has taken over our government like the honeysuckle that I hack at in my backyard.

At least it was that way, until a week ago. This time, it may be just those vines that finally break down the last bit of racial divide when it comes to voting. The collective firm may be coming to the rescue.

Last week, two Black executives enlisted their corporate kin to sign a statement against voter suppression. Some of us would like to believe this is because big money has grown a heart for diversity. Maybe, but there’s another motive.

In an interview with the New York Times, former House Leader, Richard Gephardt theorized “…this is about whether we’re going to protect democracy. If you lose the democracy, you lose capitalism.” So, to save the bottom line, corporate America may in fact save the vote. And we won’t even have to make a sign.

This, of course, has instigated Mitch McConnell’s dislike of having his dictator-like control disrupted, “Corporations will invite serious consequences if they become a vehicle for far-left mobs to hijack our country from outside the constitutional order,” declared McConnell.

Like most bullies his words are empty. Furthermore, it appears he has not read the constitution lately. There is nothing in that sacred document that states giving food or water to someone waiting in line to vote disrupts the pursuit of life, liberty, and happiness. I know. I checked. Additionally, McConnell seems to have forgotten who finances his campaigns.

Perhaps that is why corporate America has not only scoffed at McConnell’s threat, but the giant foot of big business has also come down on him. Crowds, including some of the biggest law firms in the Nation, have backed companies like Coca Cola, AT& T, and Major League Baseball in remonstrating the ridiculously obvious attempts to suppress votes. No one is folding.

Moreover, the aforementioned lawyers have bullied back with a warning they will send in “swat teams” to combat the bills in court. Apparently, corporate King Kong has met the political Godzilla. As of this writing, Kong is up by a few points.

Wouldn’t it be ironic if the promise of liberty and justice, in the form of a vote for all citizens, is realized because corporate America finally grew a conscience? Maybe I am a touch too optimistic, but perhaps it will even spill into equal justice? Even if their motives may be a little questionable? I can hear the call now, “let freedom ring from Coca Cola of Georgia to Netflix in California, let freedom ring from the American Express office in New York to Dell Technologies in Texas. And all will join hands and sing in the words of the old Negro spiritual: “Free at last. Free at last. Thank God Almighty, we are free to vote at last.”