From the Left-The Daily Commercial: The United States has never been a Christian nation, for good reason Kathy Weaver Columnist 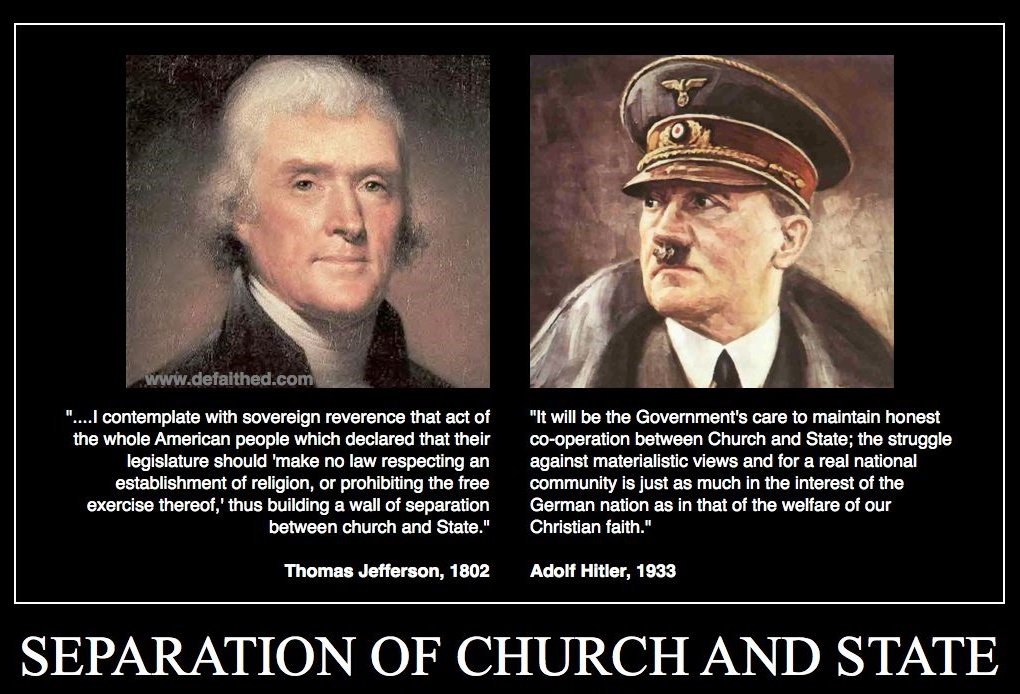 From the Left-The Daily Commercial: The United States has never been a Christian nation, for good reason

The United States of America is not a Christian nation; our Constitution is not based on the Bible. In fact during the Constitutional Convention when Benjamin Franklin motioned they open meetings with a prayer, no vote was taken, the motion died and the Convention never opened with a prayer.

Our Founding Fathers in their wisdom excluded any mention of  “God, “the Almighty” or any euphemism for a higher power in the Preamble or our Constitution. Religious freedom was so important, it came first in our Constitution’s Bill of Rights.

Amendment I; “Congress shall make no law respecting an establishment of religion, or prohibiting the free exercise thereof;” It forbids the government from promoting one religion over another and says everyone has the right to practice his or her own religion, or no religion at all.

The current challenge to religious freedom is from Christian nationalism (white cultural conservatives) who want to establish a theocracy. They fear white Christians are losing their majority with the increase of a more diverse population as reported by the current United States’ census.

White Christians have had a long history of association with white supremacists. During the Jim Crow era, they were the defenders of lynching Negros and considered it an “act of their Christian duty, consecrated as God’s will against racial transgression.” They’ve used their interpretation of the Bible to call Black people an inferior race, approve of the practice of slavery, oppose inter-racial and same-sex marriages and demonizing the LGBTQ community.

They claim victimhood when they aren’t allowed to discriminate in hiring or firing employees’, adoptions, and foster care against people of color, immigrants, those of other religions, same sex couples, gender and sexual minorities in their Christian business dealings and tax payer funded social services. They use their religious freedom as a sword, against these minorities who become the real victims of discrimination.

Supported by Christian nationalists, during the last 4 1/2 years we’ve seen Trump with federal and state Republicans approving unconstitutional laws that infringe on our freedoms:

Laws banning Muslims from traveling to our country and opposing immigration from countries with black and brown majority  populations;

Laws requiring bible based creationism be taught in public schools, rejecting the science of evolution;

Laws limiting the teaching in our public schools of America’s history of racial injustice, a political white wash of history;

Laws restricting women’s right to contraceptives and their right to an abortion;

Laws banning requirements for face masks and proof of vaccinations while allowing churches to reject health safety guidelines during a pandemic;

On Jan. 6, Christian nationalists joined domestic terrorists in the violent insurrectionist attack on our nation’s Capitol and the Capitol police. They joined white nationalist, white supremacists, anti-Semites, neo-Nazis, Proud Boys and the Oath Keepers in this treasonous coup to overthrow our democracy, attempting to stop Congress’s certification of President-elect Biden’s Electoral College victory. They supported Trump, the wannabe authoritarian ruler who lost the election. Following their belief, this is a holy war against the anti-Christ, Joe Biden, and other U.S. government leaders.

Many Christian clergy and laypeople oppose Christian nationalism’s mixing of church and state, distorting both Christian faith and our constitutional democracy which gives everyone the freedom to participate in our country’s many diverse religious denominations.

White Christian nationalists, backed by elected officials and a conservative justice system, will continue to pass laws that restrict the rights of women and minorities.

Voters need to recognize white Christian nationalists aren’t saving souls through religious freedom but using politics in an attempt to establish their theocracy, end our First Amendment rights to religious freedom and our constitutional democracy.