FROM THE LEFT- The Daily Commercial: What does it take? 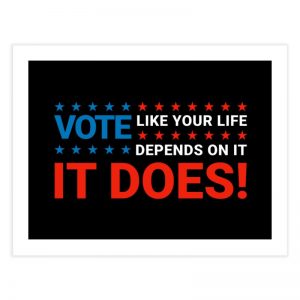 FROM THE LEFT
What does it take?
I am a no party affiliated Florida voter.
We are 3.5 million strong, while Democrats are 4.9 million and Republicans are 4.6 million. This is my observation as one who can and will determine this statewide and national midterm election: The Rick Scott administration and other state executive offices under Republican control have been terrible stewards of the state checkbook and lousy stewards of Florida’s future, especially concerning the education of our public school students, the health of its citizens and the environment, upon which much of Florida’s economy rests.
Thanks for failure.
I am voting to bring this state into the 21st century; not back to the 19th century. As an ex-Republican office holder, I am only voting for Democrats in this election. And I suspect most independents will, too.
I suspect the average Floridian  would prefer to have a few less bucks to spend if the state would better fund the education of Florida’s children, so that our children will cease to be looked down upon by potential employers as poorly educated.
I suspect the average Floridian would prefer to have a few less dollars to spend if she knew the healthcare of her children, her grandchildren and herself would be more affordable. What does it take to convince those elected and appointed officials who have state paid and supported health insurance that there is no downside to a healthy population and that a chronically ill Floridian loses time on the job or potentially infects other workers?
I suspect the average Floridian would prefer to have a few less dinero to spend if he knew the state was protecting his environment from red tide, polluted lakes and ocean shorelines from being washed out to sea. What does it take to convince those who push for low wage “jobs, jobs, jobs” that it comes at too heavy a price if the environment in which we live, work, study, recreate, play and travel is polluted to the point of no return?
What does it take to convince those who push for tax cuts for wildly wealthy corporations that it is a better return to build the human infrastructure of police, first responders, firefighters and teachers? Or that in order to build roadways and power grids, they must raise enough funds to keep the infrastructure healthy, modern and safe from collapse? That the human infrastructure needs affordable housing to live close to where the jobs are and to be able to protect the infrastructure that helps provide the opportunity for financial success?
It was a Republican, the notorious Tricky Dick Nixon, who added the Environmental Protection Agency to the national government and now, the notorious Tricky Rick Scott has done a fair job of dismantling environmental protections in this beautiful state. I hope it doesn’t take the inability to eat the fish taken from our waterways. I hope it doesn’t take raw sewage seeping into our environment to convince the Republicans that all lives matter; even those who live in Florida.
The Republicans spent tax dollars in court ignorantly fighting unconstitutional Republican-sponsored legislation. Scott appointed unqualified, hypocritical and corrupt persons; those are not Florida values, but, sadly, they are Republican values.
Florida Democrats are offering realistic solutions like returning a $1 billion portion of the $6 billion in tax savings received by large corporations, which are only 3 percent of Florida businesses, back to Florida. So that, without an increase in any other tax Florida could pay for education, infrastructure, regulating polluters and expanding healthcare to those most in need. Old Florida remains! What’s not to like?
So, what does it take?
Forward-thinking Democrat office holders, that’s what. Vote only for Democrats!
Choice Edwards