From the Left- The Daily Commercial: We will remember Jan. 6, 2021 by Kathy Weaver Guest columnist 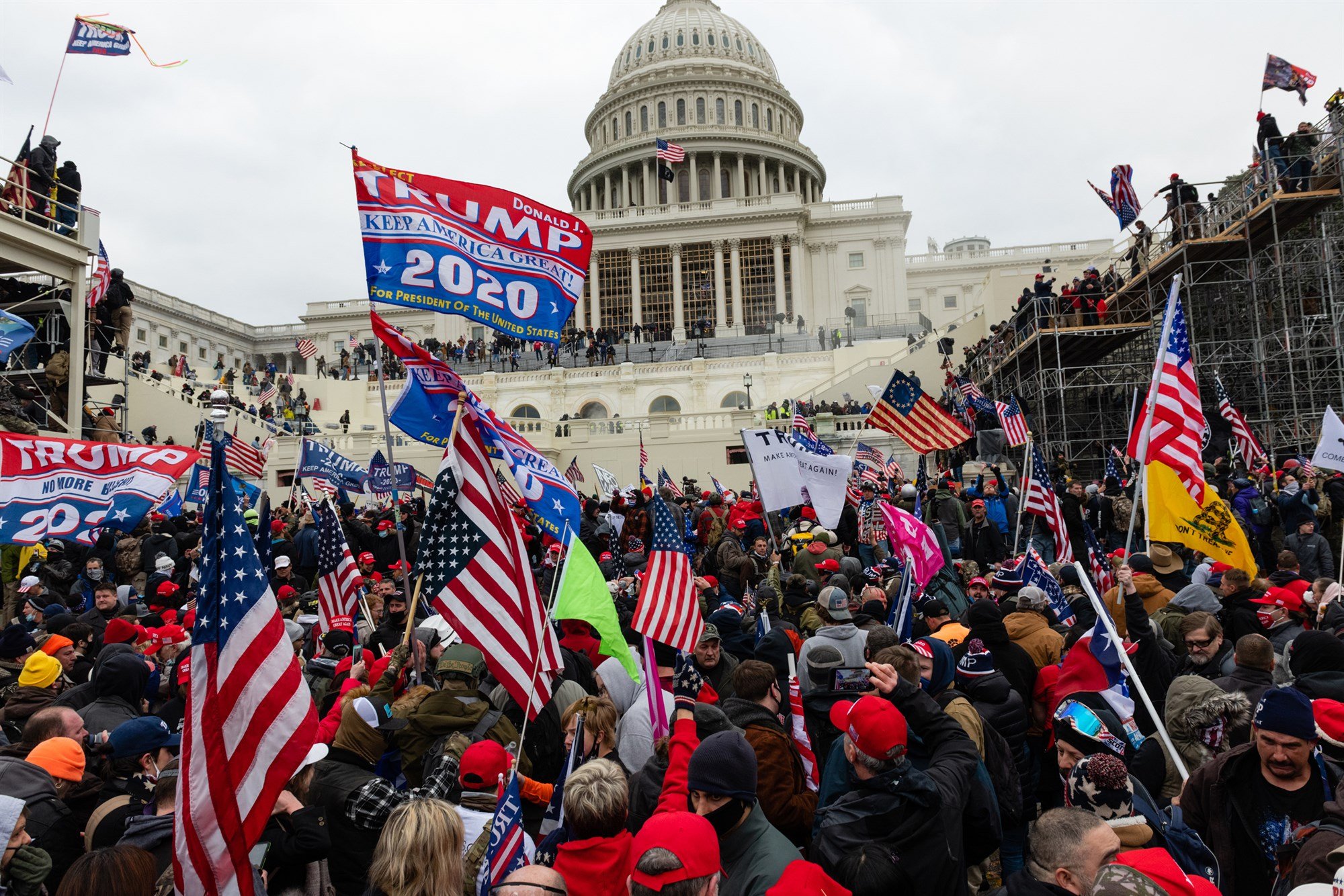 On Jan. 6, with the attack on the U.S. Capitol, our country suffered an unimaginable blow not only to our democracy but also our standing in the world.  Vice President Pence following federal law, was to certify the Electoral College vote tally that morning. Instead, on this day we faced an insurrection by domestic terrorists threatening the lives of Pence, members of Congress and the Capitol Police force resulting in the death of five people.

Trump invented his ‘Big Lie’ because he couldn’t admit he had lost the 2020 presidential election. At his rally that morning with his white nationalist followers he directed them to the Capitol, to fight a battle to keep him in office, as their autocratic ruler. This was Trump’s last chance to steal the 2020 election from President-elect Joe Biden and stop the peaceful transfer of power.

This carnage was the product of Trump’s completely unfounded lies of election fraud, supported by his MAGA mob: QAnon, Three Percenters, Oath Keepers, Proud Boys, Texas Freedom Force and other self-described neo-Nazis and white supremacists who with lethal destruction went to war against our government, attacking our U.S. Capitol. Trump took no action to stop this insurrection for hours while he watched the televised destruction. Later Trump released a video telling his mob ‘We love you. You’re very special. But go home and go home in peace.’

It’s a testament to the tenacity and courage of the Capitol Police force that more lives weren’t lost. Many of the officers suffered permanent injuries and Officer Brian Sicknick lost his life while trying to protect the people and the Capitol on that tragic day. Special thanks to the Capitol custodial staff who did a heroic job of cleaning up the damage and destruction done by the insurrectionists.

No thanks to the dishonorable House and Senate Republican members who voted to stop the certification even after the deadly riot that day, for not honoring their oath to support our U.S. Constitution, nor any concern for law and order.

Because of the continuing threats of domestic terrorism by Trump’s MAGA white nationalists it was necessary to erect a 7-foot-tall fence around the Capitol with National Guard troops still on guard.

On Jan. 13, Speaker Nancy Pelosi, House Democrats and a few courageous House Republicans voted to impeach Trump for ‘incitement of insurrection’ over the deadly siege at our U.S. Capitol. The impeachment trial was not allowed to begin under Sen. Mitch McConnell rules until after Trump left office. At the end of the trial, 43 spineless Senate Republicans used the excuse Trump was no longer in office to acquit him. After the trial McConnell admitted the evidence clearly found ‘that President Trump is practically and morally responsible for provoking the events of the day.’

Arrests are being made and charges filed against many of Trump’s MAGA riot mob. Everyone who organized, promoted or participated in this mayhem including Trump, his staff and members of congress who may have aided in this deadly attempt to overthrow our government must be held accountable by our justice system. Anything less is unacceptable. No one is above the law.

Trump’s failed presidency fermented division, white supremacy by supporting racist groups, defining our nation along racial lines and pandered to white victimhood from the time he came down the escalator at Trump Tower. His disregard for people’s lives during a pandemic made our country the regrettable leader in the world of COVID-19 cases with a death toll of over 500,000 lives. Trump’s term in office finally ended with his deadly failed coup to remain in office.

The Republican Party may not have the courage to admit to their voters that Trump lied about losing the 2020 election and that he incited the riot at our U.S. Capitol. But Trump’s actions to prevent the peaceful transfer of power and violating our U. S. Constitution on Jan. 6, 2021, will not be forgotten.