From the Left- The Daily Commercial: We stand at a fork in the road on the path to a more perfect union by John Heimburg Guest columnist 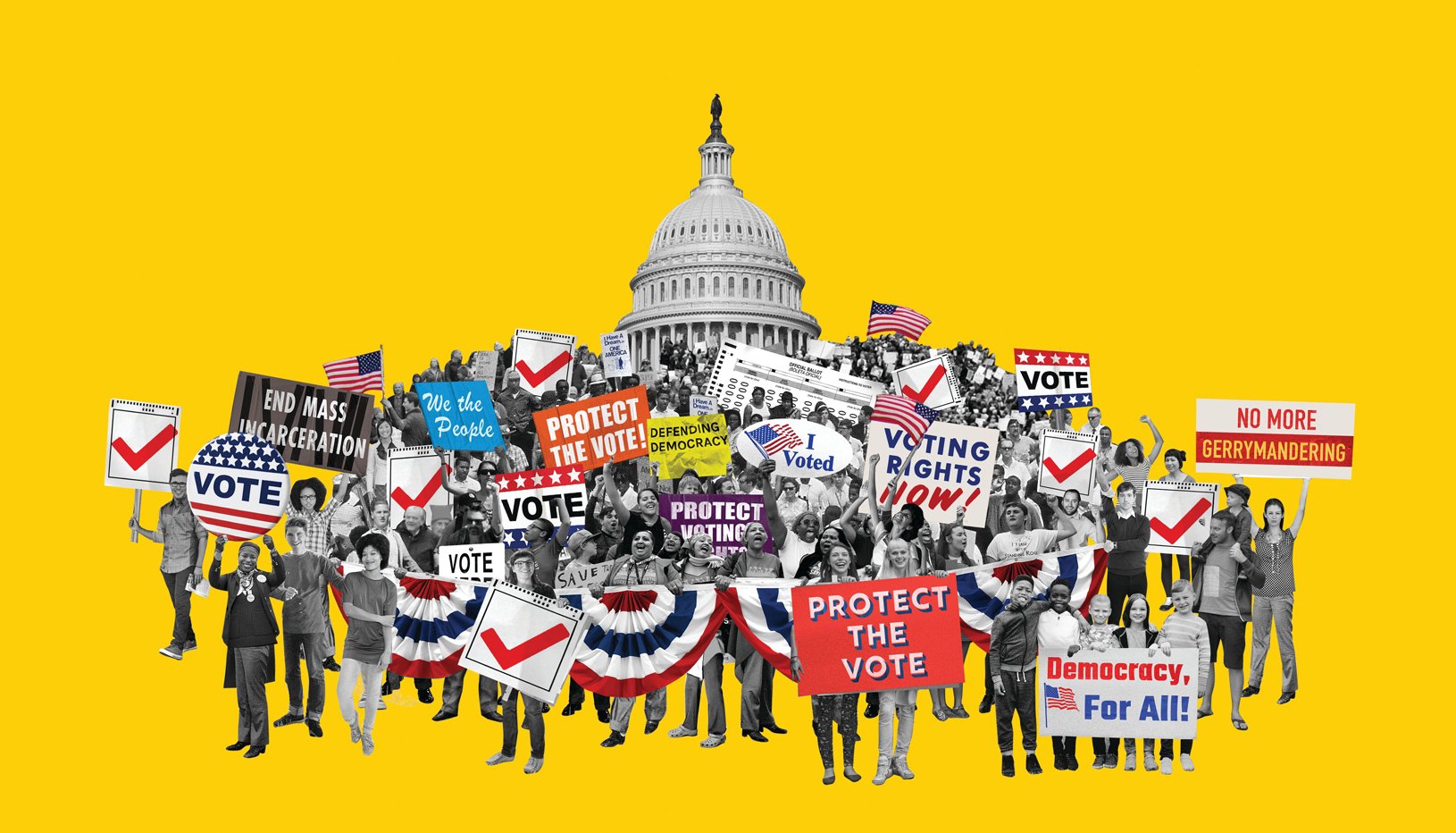 From the Left- The Daily Commercial : We stand at a fork in the road on the path to a more perfect union

Is a democratic republic the perfect form of government? No, it is messy and a lot of work. It just happens to be ‘way better than anything else we’ve come up with.

It requires people who have different opinions on how things should be run to listen to each other respectfully, pool their best ideas, and move forward together. I know the American people to be feisty, opinionated, often selfish or greedy and ‘way too in love with entertainment.

But I also recognize that we have great capacity for coming together and caring for one another, especially during emergencies. We have the talent, intelligence, courage, and perseverance to do anything we set our minds to.

We are now standing at a fork in the road towards a more perfect union. From one direction comes the siren call of a great and strong leader — the only one, he says, who can save us from the carnage of enemies on every side. His administration placed the representatives of corporate power in every high position of government. The parts of government that he felt could not be relegated to trusted cronies, he asked family members to run.

He projected the strength of decisiveness over the weakness of working out compromise; power over justice; grievance over equity. His brand of in your face confrontation attracted large numbers of admirers who saw an opportunity to validate the use of intimidation to defend white privilege, and who expected the government to protect that way of life ̶ code words “law and order.”

As is with the case of most “strong men,” he refused to accept the loss of an election in which his opponent earned seven million more votes  ̶  so many more that not even the aristocratic mechanism of the Electoral College could save him. He claimed the election was fraudulent and took extensive legal actions while his admirers used armed intimidation at state headquarters where the votes were being counted.

When these didn’t succeed, he resorted to cajoling, extortion and threats toward state officials who he thought might corruptly alter the vote in his favor. When that didn’t work, he called his army of admirers to Washington for a “wild time” on the day that his opponent’s victory was to be confirmed in Congress, and directed them toward the People’s House; the Capitol.

So, this is where we find out that one of the costs of having a great leader like this is that, when you ask him to leave, he gets ugly and tears up your country. The bigger cost is that if he had won by force and lies, we would have sold our ability to self-govern for the shining promise of wealth, privilege and safety.

Ben Franklin once said: “Those who would give up essential Liberty, to purchase a little temporary Safety, deserve neither Liberty nor Safety.”

Standing at this fork in the road and looking down the other direction, you won’t hear any siren songs, only the sounds of a long, hard road of work ahead. Some of it will be bumpy. It will require us to see each other, to mend our wounds, to account for our actions, and to help each other heal. I guarantee it will be messy. But at the end of this road, we will come out with a strong, resilient democratic republic.

A country in which every citizen will have a voice, and every adult citizen a vote. A nation where things are not decided by force, but by cooperation, where we will choose to hear each other out and to work together.

Each of us must decide at this juncture which way to turn.

Do we want a strong leader to take care of us, or do we feel it’s important to govern ourselves? If you choose the strong leader over the will of the people, then there is no unity for you in this democratic republic because you will have chosen another system altogether.