FROM THE LEFT-The Daily Commercial: We should recoil in horror over the Trump presidency 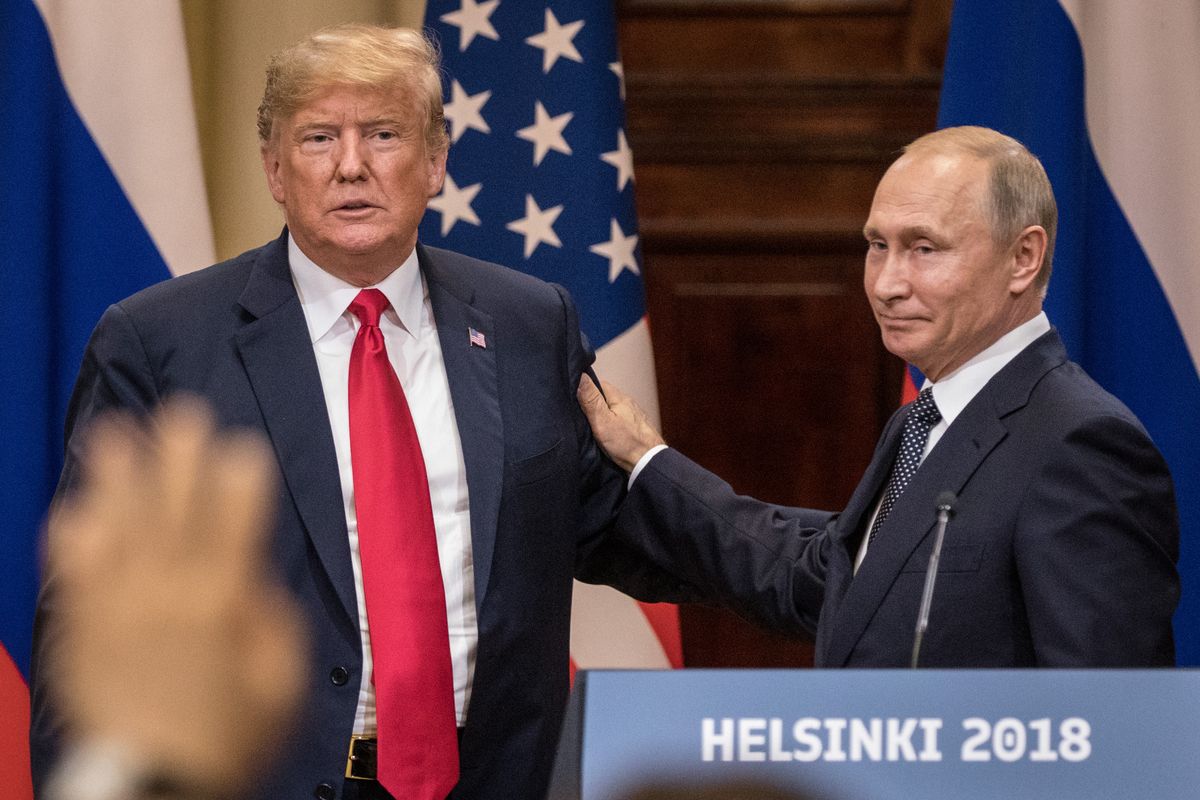 We should recoil in horror over the Trump presidency

President “Two Corinthians,” after rejecting good agreements, has failed as a deal-maker after assuring us that was his forte. Trump can’t get North Korea, Iran — friend or foe — to make nuclear or trade deals that he said “he alone” could accomplish.

His trade war will cause the largest trade deficit in history. Tariffs are a circular pistol duel; everyone gets shot. Trade wars cost consumers more money. To assuage the courageous farmers who feed us all, Trump has sent farmers billions of taxpayer dollars for the tariff problems he caused. Trump always wants someone else to pay for his many private businessand public fiascoes. The United States will take a very long time to live down having elected a perpetual liar and corrupt individual to the highest office in the land.

His tax plan has caused a large budget deficit, only helps billionaires and increased our national debt. Great job, Donnie!

From a regressive perspective, Trump’s only wins have been:

• the rollback of environment regulations (that were in place to protect American lives);

• the continuation of the American and international economic juggernaut that commenced after President Obama and Congress brought the nation and world from the brink of financial disaster;

• and, to the good, despite this draft-dodger’s denigration of John McCain, I applaud his assistance to veterans.

Trump pays hoes hush money for expensive trysts, while evangelists and Mike Pence, hypocritical as they are, continue to swoon at his lies.

The White House has crime scene tape around it with a sign “nothing to see here” and a wall of sycophants following Trump’s lies into the wrong side of history books. Trumpsters are protecting their leader just like the henchmen of dictators like Putin and other imperial dictators do. They lie at his command or inference, back everything he says publicly even when it is an anathema to their own thinking.

To Trump, unfair is when others tell the truth.

Fake news means it is true but damaging to him.

While people with morals recoil in horror at the Trump presidency, others are protecting our democracy. The “deep state” as it has come to be called by the “Trump cartel”, is not nefarious; it is invaluable to us. The deep state should be applauded because it is made up of career patriots that do the nitty-gritty work of this nation’s government.

These federal and even state, county and municipal employees protect us all from foreign interference, corrupt appointed and elected officials, including the office of president of the United States.

Political office-holders come and go, dependent upon the whims of the electorate, but career employees soldier professionally on despite the shortcomings of new leaders and their inability. It would be detrimental to Americans and America’s best interest if they were to do nothing and keep silent when wrong-doing occurs. That is one reason the Whistle-blower protections are paramount to protect the “deep state.” Typically, in federal employment, other than a few political appointees, just as in most private employment, one does not know the political party registration of any coworker. The Hatch Act prevents career employees partisan political activity while on official business.

Federal government employees and government at all levels employ a wide variety of universitydegrees, well- educated and experienced fellow citizens. We are attorneys, doctors, dentists, psychologists, engineers, teachers, accountants, pharmacists, astronauts; basically, you name it we perform and do it well.

Most importantly, we enforce the law. The 1,000 prosecutors who vow Trump obstructed justice represent the deep state.

We are managers, advocates for good government. We root out fraud and waste. We are leaders. We are patriots. We are taxpayers. With so many corrupt, conflicted, compromised, inept and unqualified people in the Cabinet, and those Trump admitted without security clearances, career employees provide a needed backstop to their incompetence. We are not the enemy. We are you.