FROM THE LEFT-The Daily Commercial: We need a law, and the president isn’t above it 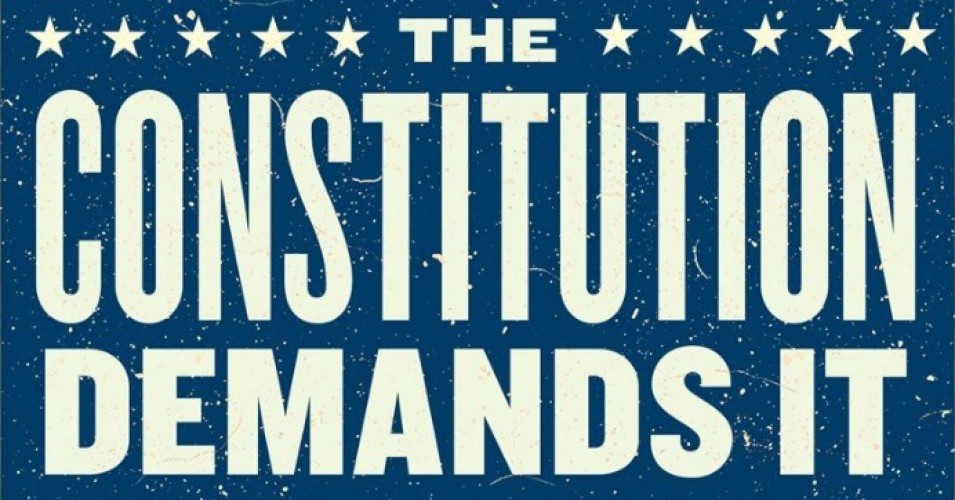 We need a law, and the president isn’t above it

There ought to be a law: During the Watergate fiasco the Justice Department’s Office of Legal Counsel, in a 1973 internal memo, took the position that a sitting president cannot be indicted. (In other words, the president is above the law of the land.) In 2000, that office opined that a sitting president is “constitutionally immune” from indictment and criminal prosecution. It concluded that criminal charges against a president would “violate the constitutional separation of powers” delineating the authority of the executive, legislative and judicial branches of the U.S. government. (Who then, if not the Congress, oversees the Executive Branch?) The memo stated: “The indictment or criminal prosecution of a sitting President would unconstitutionally undermine the capacity of the executive branch to perform its constitutionally assigned functions”. (This president has spent more time playing golf, hosting political rallies and tweeting than performing presidential duties; so that is not a concern.) This memo is not codified in law and has no Supreme Court decision to support it. In my opinion, it can’t be used to grant a president a get-out-of-jail-free card. That cannot stand in a country so imbued in the rule of law. It is disingenuous if “we, the people” adhere to the principle that no citizen is above the rule that the law applies to all citizens; a caveat for the next corrupt administration. We need to stop presidential corruption and lawlessness now. There ought to be a law!

Whether Mr. Mayhem Trump is impeached or is not found guilty by the Senate, all those who have covered-up, obfuscated and lied for him will at some point have a spotlight shone upon their involvement. It will be tough for their progeny to live down their complicity in Trumpgate Like any dedicated professionals whether in entertainment, business or government the mantra is simply “Do your job.” Whistleblowers must be protected including shielding identity; to do otherwise will chill the initiative to blow the whistle on wrongdoing of superiors and others, especially in government and all organizations in general. We can not let wrongdoers get away with it by revealing the identity of whistleblowers. Without the protections staff would be intimidated about coming forward to sound the alarm. We own those who come forward our gratitude.

Never have so many creditable people of high character, including many Ivy League graduates with impeccable civilian and military service to the USA, testified as to the corruption in a presidential administration. It is so disheartening to see most Republicans in Congress disavow some of this nation’s heroes and patriots in defense of the scam artist, Don Trump.

What is needed for the low information Trumpsters is to have a live running fact checker each time the world’s greatest liar by far, Trump, speaks. By the way, Trump says he is one of the largest real estate developers in the world. He lied. Today, one can Google that information. Per Realtybiznews, Trump isn’t even the largest in New York nor in the top 20 nationwide. Forbes does not list Trump in the top 35 of the world’s largest real estate companies 2019.

I am a no-party-affiliated voter who thought the president should have been investigated earlier. However, being a serial liar, confessed sexual assaulter: “When you are a star they let you do it, you can do anything; grab ‘em by the p***y”, sham Trump University swindler, immigrant hater except for future wives, inarticulate, incoherent, racist, misogynist, buffoon, are not grounds for impeachment. But, we all knew the guy was beneath the dignity of the office.

Impeachable acts: his abuse of presidential power, lawlessness, contempt of the Constitution, especially the Emoluments Clause, contempt of Congress, obstruction of justice, coddling of our adversaries including national security breaches. Being Putin’s stooge. Okay, the last may not be an impeachable offense. We need a law!