FROM THE LEFT-The Daily Commercial: We need a Democratic sweep in November 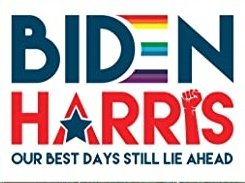 FROM THE LEFT-The Daily Commercial

We need a Democratic sweep in November

Our nation is facing one of the most difficult times in our history. The United States is desperately in need of a change, President Donald Trump has proven incapable of competent leadership. With Trump things are only getting worse.

No matter your political persuasion, it’s not necessary to look any further than Trump’s current policies to understand why our country is in this mess.

President Trump has refused to accept any responsibility for the escalation of this pandemic. The United States is leading the world with over 5,600,000 cases and almost 175,000 people have died with no national policy to change this trajectory. Testing is decreasing and Trump has left it up to 50 states to take a hodgepodge of actions while COVID-19 rages.

Trump has ordered public schools to open “in person” classes or risk losing federal funding. Without additional funding to help schools meet the safety guidelines set by the CDC and ignoring concerns for children, teachers, staff, parents and grandparents lives. This is Trump’s idea for improving his disastrous economy for re-election.

Trump dealt with protests, after the murder of George Floyd by Minnesota police, by using his authority in violation of state’s rights sending federal officers to attack peaceful protesters, against the wishes of the state’s leadership. This was Trump’s idea of law and order, federal thugs brutally attacking moms, dads and veterans.

Trump has refused to sign a bill with funding needed to support our Constitutionally recognized United States Postal Service during Trump’s uncontrolled pandemic. To make matters worse, Trump has appointed Louis DeJoy as postmaster general of the USPS, who is heavily invested in rival companies. DeJoy is limiting the services of the USPS, removing and destroying USPS property. This is being done under Trump’s direction to win re-election by slowing delivery of vote-by-mail ballots and plans to put the USPS out of business.

Voters can’t stop with just voting Trump out of office, they must also vote out many of the GOP in both the U.S. House and Senate.

If Sen. Mitch McConnell remains the majority leader he will continue to block all legislation that doesn’t aid his corporate interests and the billionaire donors that fund the campaign’s of Republicans in both the House and Senate.

McConnell refused a hearing for the appointment of Judge Merrick Garland to the Supreme Court after the death of Justice Scalia. McConnell set the stage for Trump’s farcical impeachment trial without witnesses or evidence presented, that allowed Trump to remain in office.

The Heroes Act package for COVID-19 passed the House in May, it has financial relief to state, local and tribal governments; extensions to enhanced unemployment benefits; debt collection relief; and direct cash payments to households. McConnell has refused to put this bill to a vote, while 30 million people are unemployed and our second quarter Gross Domestic Product declined 33%. Under Trump’s COVID-19 policies the U.S. economy is getting worse, headed for a depression.

Florida is suffering under the same Republican incompetent leadership. Some of our state GOP representatives and senators that are on the ballot in November, think using our children as science experiments for ‘in person’ classes is okay and one has filed lawsuits against municipalities who mandated wearing face masks. Florida needs representatives in office who are concerned about people’s well being and safety.

If Trump and his GOP Senate and House supporters remain in office, conditions will only get worse.

For the United States to survive as a democracy, voters must elect Joe Biden as president and Kamala Harris as vice president on Nov. 3.

When President Biden and V.P. Harris take office on Jan. 20, 2021, they will face a daunting challenge: a country ravaged by a pandemic, high unemployment, millions without healthcare, a disastrous economy geared to help the wealthy not the workers, rising national debt, a decimated foreign diplomatic corps and damaged alliances with our allies. They will need a Senate and House working with them to restore the United States for the benefit of all Americans.