FROM THE LEFT-The Daily Commercial: We have a president who thumbs his nose at our values 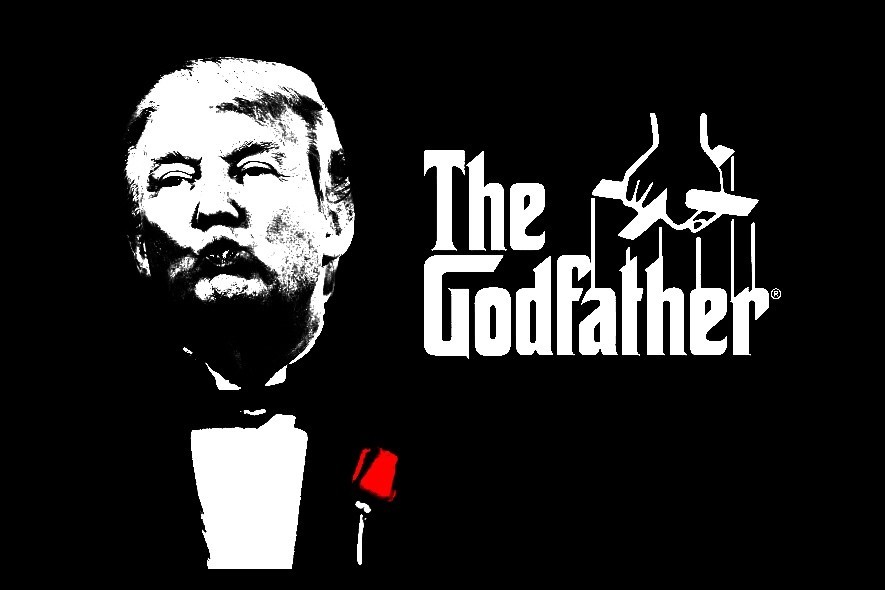 We have a president who thumbs his nose at our values

I hate that presidential corruption and mayhem has so devalued the honor of the office with Trump’s crude language, poor grammar and incessant lying. I hate that some people are quite okay with protecting the lawbreaker sitting in the Oval Office.

It is amazing how low we have fallen from truth, justice and the American way. Presidential Tweet has converted a political party into the Cosa Nostra with him as godfather. The dude is corruption personified.

Trump commits crimes and promises pardons to those whom he directs to commit crimes. His minions refuse to testify, directed to plead the Fifth Amendment, (which previously Trump said was tantamount to an admission of guilt) and the Congress does nothing. If it weren’t for the whistleblowers, this president would get away Scot-free until he leaves office with his ill-gotten riches.

Trump thumbs his nose and moons the citizens with his continuous and obvious violations of the Emoluments Clause of the U.S. Constitution. The man is the epitome of the illicit role model for the television series American greed, ya gotta love that.

Except that it will prove him to be a fraud and criminal, there is no reason why the president of the United States should not let his loyal subjects see his tax returns.

Every 2016 Republican candidate for president was united in their dislike, alarm, disgust, embarrassment and caution, about the fraud candidate Donald J. Trump but they became toy poodles after he was elected. Never thought I would see it.

Trump divorces Cabinet and White House officials as frequently as he does wives. He could say that he had never met First Lady Melania Knavs and his followers would believe him. If you see Trump with a pistol on Fifth Avenue — duck!

Hypocritical evangelicals must have prayed please “fool us” to the character of this shrill-voiced, incoherent Elmer Gantry charlatan, snake oil salesman; they have sold their souls to the devil.

The Economy: Trump entered the economic basketball game in the last minutes of the fourth quarter with America leading by 30 points, hits two free throws and declares that but for him the team would never have won.

Pollution: The USA should lead the world in attacking climate change even if others do nothing. “And a child shall lead them.” Sixteen year-old Greta Thunberg has led the world’s youth in 150 countries to protest the lack of focus on climate change. In Congressional testimony, Greta said “don’t listen to me, listen to the scientists.”

In opposition, there is also a child: the president of the United States. A person can believe that 2+2 equals 3 or 5 but when a person has a math problem, or rising sea levels, the fact of 2 + 2 equals 4 becomes axiomatic. Earth can and will survive without humans but humans can not survive without a sustainable Earth.

It’s the American taxpayer via the military paying for the wall, not “Mexico 100% as Trump lied.

But that was just one of thousands of outlandish lies by the World’s Greatest Liar.

Since inauguration, as of Sept. 22, 2019, Trump has spent 22 percent of his days at one of his golf properties for some portion of the day, yet he says all the investigations keep him from doing his job.

I don’t have space to address his failure at cyber security, Saudi Arabia, Ukraine or Iran.

We need to close the White House until we can figure out what is going on. There may be some merit in doing that. It’s “creditable and urgent.”