FROM THE LEFT- The Daily Commercial: We can reclaim government, but only through the vote 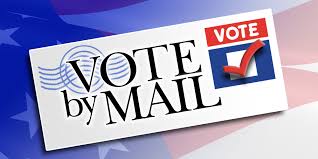 We can reclaim government, but only through the vote
FROM THE LEFT
How “we the people”will survive the usurping of our government by the wealthiest among us, for their benefit, is a formidable task.
Our current government meets the very definition of a plutocracy — rule by the rich, for the benefit of the rich. The first step is realizing it has occurred and getting more of our citizens to recognize the fact. It is most important to not give up, consider it a hopeless cause, and think of ourselves as powerless. That would be a just what those in power would like to see.
It would also be counterproductive to engage in divisive conversation about the 2016 election, the mistakes that were made or the things that were not done. The Hillary Clinton and Bernie Sanders supporters need to work together for the greater good of our nation.
There are some fundamental flaws in our Constitution and Supreme Court decisions that have enabled the rich to gain control of our government, which we must work to change.
To begin, let’s rid ourselves of the archaic electoral college, which is the last vestige of slavery in the Constitution, created to appease the slave-holding states. It has affected elections only three times since the Civil War, but twice since 2000.
The first step would be to educate enough people on the clear intent of the electoral college, which was to allow the slave-holding states a method by which their huge number of slaves could impact the presidential election. There is a related reason for its inclusion in the the Constitution as well: Without it, the slave-holding states would not have approved the document.
We must no longer accept this blight on our form of democracy, nor the phony arguments made in its defense.
Another flaw in the Constitution is the product of the Great Compromise, which had to be made to get enough states to approve it. The compromise gave each state equal representation in the Senate and representation based on population in the House of Representatives. It was not real bad when the gap between the smallest and largest state was small, but today the gap between smallest and largest state is more than 39 million people.
Today, the 11 largest states hold half the nation’s population and have 22 senators, while the other 39 states have the other half of the population and 78 senators. All the major issues are decided in the Senate, including confirmation of judges, Cabinet members, ambassadors and treaties. There is no possible way the Senate could represent the interests of the majority of the people with such a wide disparity in the populations of the states. This is flaw we must live with, for there is no chance it will be changed in the foreseeable future.
Then there’s the The Citizens United ruling. By a 5-4 vote, the Supreme Court opened the floodgates for unlimited money to flow into campaigns, turning elections into auctions.
What we are experiencing today is not what America is about. America has never before turned its back on desperate people seeking asylum. Nor would we expect America to snatch infants from their mothers, without due process. America is not about picking fights with our allies and respecting brutal dictators for their unchecked power to run their countries. The real America does not congratulate dictators when they win a rigged election.
Voting is the only tool we have to take back our government, so use it to make your voice heard. Call your Supervisor of Elections office at 352-343-9734 in Lake County and 352-5691540 in Sumter, and request a mail-in ballot.
It is that simple to vote at home. Vote when you have the time, with no hassle about proper identification, no trouble finding the polling place, and no on-site registration. Also, no standing in line, no dressing up. And if you need another good reason to vote by mail: We will have one of the longest ballots we ever had, so you can do others a favor by shortening election day lines.
Marvin Jacobson