FROM THE LEFT-The Daily Commercial: U.S. was not established as a Judeo-Christian nation 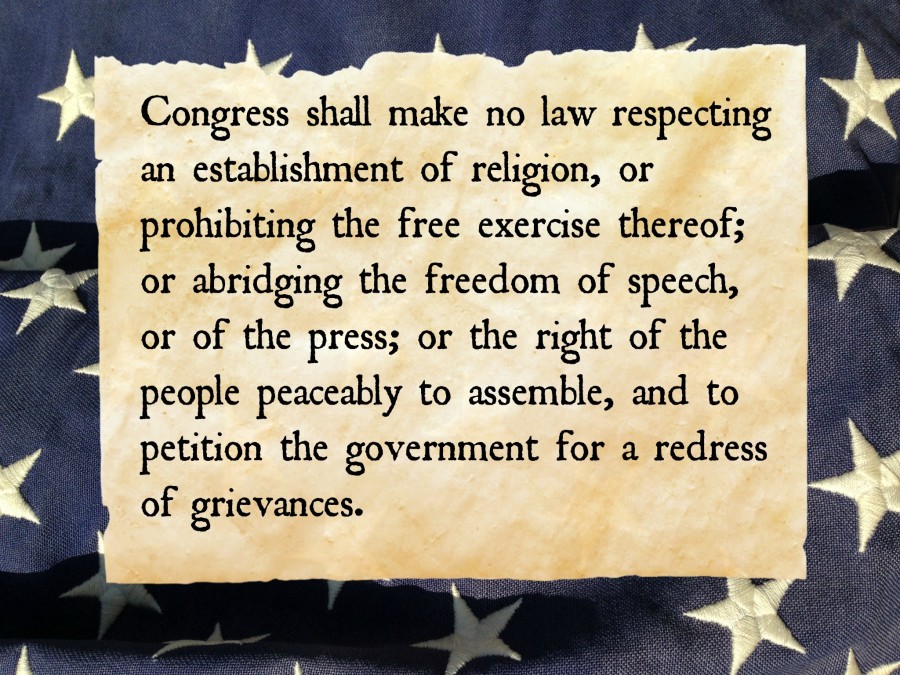 U.S. was not established as a Judeo-Christian nation

In this brief space Marvin (Jake) Jacobson, an astute educator and historian, has eloquently, with historical fact and substantiation, explained why the Second Amendment to the U.S. Constitution is referring, in time of need, of arming a wellregulated militia and not the personal arsenal of John Q Citizen.

Jacobson has also provided the slave-era history as to why, in order to ratify the Constitution, the now antiquated Electoral College had to be formed. (Of course, the winner of the most votes should be directly elected president; the College obliterates that.)

Now, here is a brief primer why it is incorrect to refer to this nation as having been founded on Judeo-Christian principles and why that would have been detrimental.

Similarly, seeking asylum, from the same religious coercion and oppression of the Church of England, fleeing first to the tolerance and free-thinking of the Netherlands, the Pilgrims “settled” the Plymouth Colony. However, unlike the Puritans, they preferred to separate from the English state church and its dictates.

Perhaps they feared the church due to its Inquisition history. So, they wanted to get away to practice the religion they preferred without fear of being labeled heretics and persecuted therefor. After all, they were still subjects of the Crown, its laws and its state religion.

Declaring themselves independent of the British Crown, the thirteen British Colonies, in 1776, were also declaring independence from the dictates of the Church of England. Free at last!

The Separation Clause: The framers of the Constitution, ratified in 1789, had had it with theology and made sure they were not going to repeat that mistake.

They decided, based on that experience, to draft the world’s first secular constitution, one that never mentions any god(s). They sought to separate all religions (store-front, mosque, temple, church, etc.) from government and government from all religions. It was of such import that it was the first amendment to the new secular constitution. The framers did not impose their religion-of-the-day on citizens then nor on future generations Clearly, “Judeo-Christian” makes no sense since the Jews and Christians disagree on much theology, especially the divinity of the Rabbi Jesus of Nazareth. As a new nation, the framers decided not to endorse any particular religious brand or sanction religious discrimination. There also is no condemnation of one of the world’s largest religions: Islam.

So, there is a conflict between a so-called but constitutionally undeclaredJudeo-Christian nation and the facts.

Thankfully, courts can not uphold law based on religious doctrine.

Even if this nation had been established as Judeo-Christian it would be out of step with today’s nation and world that is far less religious and so obviously diverse in regard to religion.