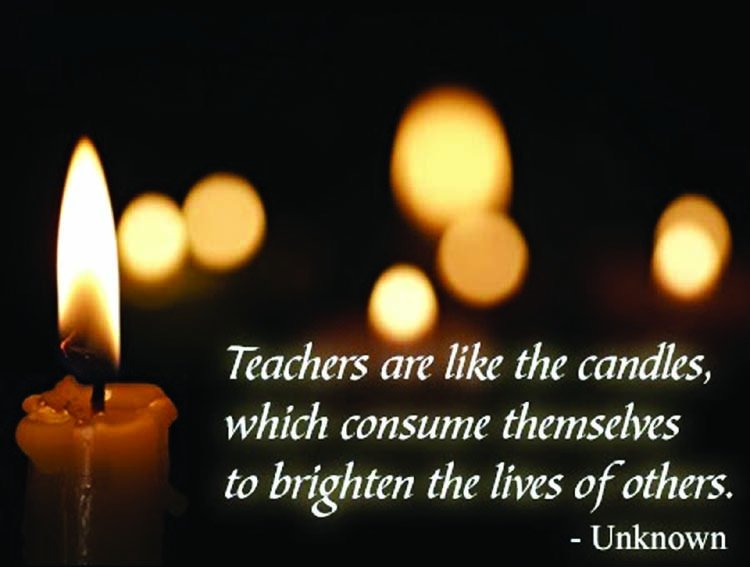 From the Left-The Daily Commercial: ’Twas a poor teacher’s Christmas

’Twas two nights before Christmas and all through the state, Not a teacher got a raise, it was their usual fate.

They hung their kids’ stockings by the chimney with care, Even though Christmas morning few gifts would be there.

Yet the superintendents were nestled all snug in their beds, While visions of six figures danced in their heads.

What they offered Florida’s teachers could fit into a cap, And subs who cover for them, got much, much less than that.

The bills were still coming, they were all met with dread, Yet the board shook their heads, no matter how loud teachers stomped or pled.

They kept blaming the state, though teachers knew the funds were there, They cried poverty at bargaining. Honestly? They just don’t care.

Board members ran on platforms of raising teachers’ pay; They still denied the needed increase and threw pennies teachers’ way.

“It’s the state’s fault,” they said daily, and continuously cried.

They didn’t mention the top-heavy districts that have left us all bone dry.

But the CEOs and publishers were filled with much delight, although, “What we charge for useless testing has brought us lots and lots of dough.

“We grease the politicians’ pockets and we get away with all.

“To carry the money we’ve diverted from schools, we’ll need a large UHaul.”

There was no support for fair wages, not from the left nor right.

The only ones in their corner were the unions left to fight.

Yet, unions lacked solutions and leaders shrugged their shoulders instead.

The best suggestion they came up with was, “Let’s get all teachers to wear red.”

But that was done at board meetings, with no results year after year, So the teachers turned to Facebook where their lamenting posts appeared.

The posts did ask for votes that would save education’s future, But some replied, “Socialism: you’re all just some left-wing moochers.”

Some folks showed appreciation. Well, that certainly fell on deaf ears, “It’s for the children,” they said with kind emojis and, giving teachers all three cheers, “That’s better than the money; you’ll change lives both far and near.”

“But what about our own kids and their wellbeing in the coming year?”

Many admin knew our troubles and they did try to compensate, With hoodies, food and much, much praise, but teachers said it was too late.

“We cannot continue to teach all day and work second jobs at night.

This dilemma has gone on much too long; everyone knows it’s just not right.

“We are sent coaches to tell us how to do our jobs, some who know less than us, And poorly made testing is turning our students’ brains to dust.

And so the story goes that good teachers got fed up.

They packed up all their classrooms and left their schools in a huff.

As they headed to the parking lots, and got in their old ’08s, They cried, “We’ll miss you, but we won’t be back. We’re tired of this debate.”

The new year came and teachers weren’t found in classes near.

The admin, they were nervous: “Not enough coverage, we fear.”

The super and board were angry, and they let it be well-known, There would be some trouble for the teachers who had flown.

Those teachers all got phone calls, very early the next day, “Come back tomorrow or we’ll let you go. Hurry, right away!”

But more rapidly than eagles, the teachers all fired back, “We’re sick of low pay, and our fat and growing work stack.

“We’re highly effective, we told you we are through!

Find new teachers for your schools, you should have paid us what we’re due.”

Some got new jobs, some counted and some simply retired.

Rumor has it one gal became a millionaire, and is now impeccably attired.

One day this story may come true, when good teachers learn their worth, Not only will they be respected, but education will have rebirth.

Funding will pay for teachers, math, English, shop and all the rest, But in the meantime I will wonder: when will voters truly tire of this mess?

In spite of this, my fellow educators here, and out of sight, I wish you all a very merry Christmas, and a pleasant goodnight.