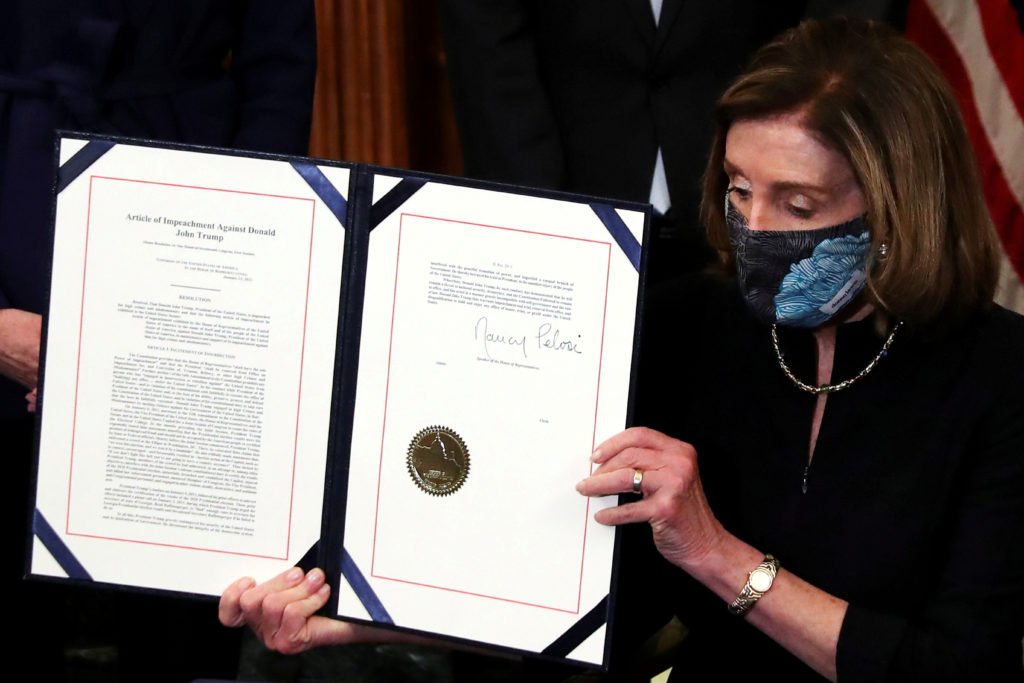 Anyone who has walked through the halls of the Capitol recognizes what a sacred, historical place it is. It is the seat of our government. A towering temple to our democracy. It was a personal assault on every American when it was desecrated by an angry mob in a coordinated coup.

We watched in anger and disbelief. The images were staggering. Rioters breaking windows, breaching barricaded doors and overrunning police. The chilling sight of our elected leaders donning gas masks, cowering under tables, taking off their pins identifying them as members of Congress during the siege.

Insurrectionists dressed in military style gear and carrying zip ties, actively hunting with intent to capture victims and beating up cops along the way. They vandalized offices and terrorized staff all while taking tourist selfies. A platform with a noose was erected outside as people in ridiculous cartoon costumes, on orders from the president, pursued the vice president of the United States, yelling “Hang Pence”. Had they found him, the day could have been even more tragic.

One disturbing sight was someone marching a Confederate flag through the building, a feat not even accomplished during the Civil War.

And more violence is promised on the horizon.

My president, your president led the insurrection and 150 or so members of Congress were in league with the mob. This coup attempt was executed by violent Trump supporters who were told that the election had been stolen and were ordered to “Storm the Capitol”.

They had been radicalized to commit sedition, believing they could raid the capital and overturn the election and we would be okay with it because they had a couple of thousand in their ranks. 328 million of us disagree. All of this because of an outrageous lie told to them by President Trump, that he had won the election. He screamed from a podium that we must “Stop the steal” and ordered them to proceed to the Capitol with him. He instead retreated to the safety of the White House and enjoyed his creation on TV.

This was an armed insurrection predicated on the lies of one man. They pierced our democracy through the heart. We nearly lost our republic. In fact, we did. Our government was held hostage by armed marauders that had captured the building and rendering it unable to function for 6 hours. That is the definition of the overthrow of a government.

Waving a flag doesn’t make you a patriot any more than carrying a bible makes you holy. Carrying the flag of the country that you are overthrowing is insanity. The right to free speech and to peacefully protest does not give you the right to violent insurrection and sedition.

Sadly, this will forever be remembered as the shameful day that our Congress and our president participat- ed in sedition. There is talk of expelling members of Congress under a provision in the constitution. The house has once again impeached him.

While I recognize the fractured nature of such a move, we simply cannot return to normal like there was no harm done by an act of sedition within our ranks. To ignore this, to not prosecute the perpetrators up to and including the president, is a travesty of our entire system of laws and justice.

And now Joe Biden inherits a broken government. We all anticipated 2021 being better than 2020.

We are all acting like the election of Biden will turn the page, but the book is on fire. We must deal with this and do it decisively. And somehow, we must act in unison to right our ship.

Whatever it takes we must protect our capitol and our democracy. This is not a cup from which we wished to drink, it has been violently forced upon us. Even Trump can’t break our country. It is wounded. We are hurt and saddened, but we will survive.

It is a sad legacy for Trump. He has overseen the demise of our country. As the sitting president he presided over an armed insurrection and he will be the first president in history to be impeached for a second time. We all knew he was unfit, but these acts of desperation in the last days of his sad tenure have only cemented that fact.