FROM THE LEFT- The Daily Commercial: Trump’s obsession with Obama 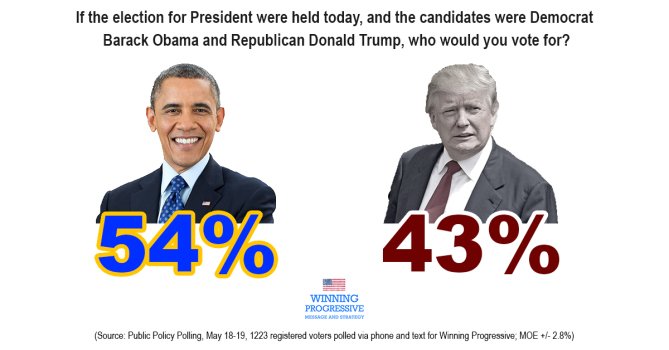 Over the past three and half years, President Donald Trump has tried to dismantle everything that President Barack Obama accomplished over his eight years in office.

Obama won the presidency by working hard and inspiring citizens to vote with “hope and change”. He did not steal the election with the help of Russians, lying, cheating, and spewing hate.

Obama’s first job was to put back together an economy that was on the verge of a complete collapse. Not only did he achieve this but built one of the strongest economies the world has seen along with nearly full employment. The stock market had one of its best performances ever.

He went on to win the Nobel Peace Prize because of his historic achievements. In addition, he regained the respect of our country that had been lost by the previous administration. He created a health care system that provided protection for an additional thirty million people. For ten years, there were no personal nor major scandals in his administration.

Trump came into office with three million fewer votes than Hillary Clinton, supported by some of the most racist groups in the country proudly waving Confederate flags. He felt it necessary to lie about the size of the crowd that attended his inauguration while photos showed otherwise. Why would anyone lie about this? Because you are mentally obsessed by the achievements of your predecessor.

Trump has tried to remove every policy or legislation enacted by the Obama administration. He has rolled back the Paris Accords, legislation on clean air, clean water, health care, the economy, Trans-Pacific Partnership, decimated immigration policies, withdrew from various treaties with other countries such as the Iran nuclear deal, allowed Russia to become relevant and China to be seen as the dominant leader of the world. These are a few things Trump has done all being detrimental to our country and the world, primarily to erase Obama’s legacy.

No matter how hard Trump tries to erase Obama’s legacy, the former president appears to become more popular. Recent polls have shown Obama as being one of the most admired presidents in our history. A recent FOX poll found that 63% favored Obama as opposed to 43% for Trump.

Before February, Trump was touting the economy and the stock market as his great achievements. Even though he bragged that his policies would grow GDP to 6% a year, they have only created more debt. Obama’s economy and stock market outperformed Trump’s. Obama’s handling of Ebola, a potential pandemic, was literally stopped in its track. Because of his decisive action, it was detected and destroyed with only 2 people dying from it in America.

By contrast, Trump’s incompetence, ignorance and inaction of handling COVID-19 pandemic, the economy, stock market and well being of our citizens have been decimated. Nearly 105,000 citizens have died, many have lost their jobs and may never get them back.

Our way of life may have changed forever.

Trump blames Obama for not leaving a plan or supplies to deal with pandemics. They later had to deny this lie. In addition, he claims that when he came into office, there were no bullets for the military. How absurd. Because of Trump’s obsession with Obama, he has become an angry old man that continues to make decisions which are not in our country’s best interest. He blames China, the W.H.O, and anyone but himself for his inability to lead.

Most recently, Trump has accused the Obama/Biden administration of an “Obamagate”. When asked what it is about, he said “you know what it is”. He has become a desperate old man, possibly seeing his final days in office.

Trump’s hatred and obsession with Obama can be attributed, in my opinion, to racism. He finds it inconceivable that a black man could become president of the United States. As Matthew Miller suggested, Obama has the one thing Trump will never have: Respect.

Therefore, he will continue to try and dismantle Obama’s legacy. By doing so, Trump will never achieve the respect he craves. His dismantling of these policies is hurting our citizens and country. Hopefully, in November, we will vote to end this nightmare. In the meanwhile, Obama toys with Trump, knowing that he owns him.