From the Left- The Daily Commercial: Trump’s big lies can be refuted with critical thinking by Frank Layne Wood Guest columnist 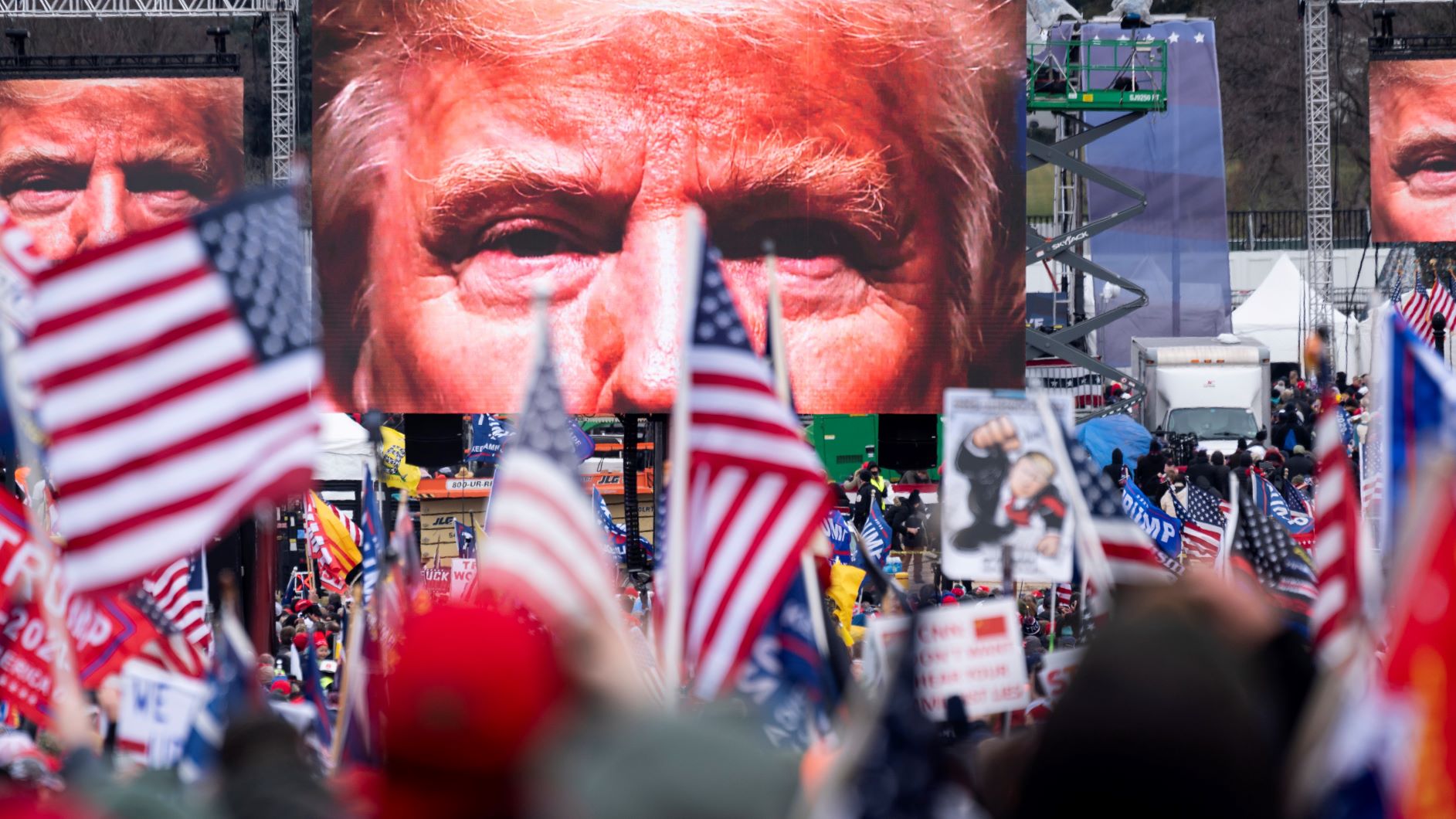 From the Left- The Daily Commercial: Trump’s big lies can be refuted with critical thinking

by Frank Layne Wood Guest columnist
“The most outrageous lies that can be invented will find believers if a man only tells them with all his might”, observed Mark Twain in 1867. He describes the deliberate mauling of the truth with the “big lie.” Such lies certainly impact us today.

The political expression, “big lie,” was actually coined by Hitler in Mein Kampf. However, big lies have always been around. For example, one can even trace one big lie to the Gates of Eden. In Genesis, after God instructs Adam and Eve to eat the fruit of the trees but avoid the Tree of Knowledge, the Bible states: “And he (the serpent) said to the woman, “Has God indeed said, ‘You shall not eat of every tree of the garden’?” (Genesis 3:1). Satan then details to Eve a seductive, big lie. The consequences were indeed biblical.

Big lies vex us today. Consider two from this past year’s headlines: first, COVID-19 is a hoax and will disappear on its own; and, second, the election was stolen by some vast, mind-blowingly intricate conspiracy.

Big Lie # 1 — The COVID-19 epidemic is a hoax. When the pandemic began raging one year ago, President Donald Trump assured us on Feb. 27, 2020, “It’s going to disappear … it’s like a miracle. It will disappear.” Months later, on Oct. 28, President Trump railed, “COVID, COVID, COVID is the unified chant of the fake news, lamestream media. They will talk about nothing else until November 4th … Then the talk will be how low the death rate is.” President Trump was wildly inaccurate.

The consequences of this deliberate misdirection have been deadly. As I pen this, over 515,000 Americans have died of COVID in one year. That is far more fellow citizens lost than all American combat deaths during the entirety of World War II.

Further, when calculating the percentage of infection and death from COVID, America lags dismally. The US Centers for Disease Control reports that the US has less than 5% of the world’s population, yet has over 25% of the world’s infections, and nearly 20% of the globe’s COVID deaths. These bleak statistics are a direct consequence from the big lie.

Big Lie # 2 — The presidential election was stolen. This whopper relies on citizens falling for an evidence-free conspiracy theory. It claims the election was rife with fraud and conducted by a highly improbable clockwork of precise meddling. However, there has been intense investigation to determine the election’s veracity. There were over 60 court challenges (all failed); multiple recounts and audits (all confirming the result); and certification by legislative officials at the local, state and federal levels. Indeed, this is likely the most scrutinized election in American History.

The negative outcomes of this “stolen election lie” are still being computed. However, we know that it resulted in the barbaric storming of the Capitol, the death of five, and threats to harm elected officials. Perhaps the biggest consequence is the diminishment of Americans’ long-held faith in their republic.

1. Confront the lie. Don’t dismiss it as irrelevant. Don’t give it false equivalency by saying the lie is simply another opinion. It’s not.

2. Insist on evidence, facts, and data. Big lies appeal to emotion, not evidence. Conduct your research from quality news sources — ones that have a long track record of reliability and accuracy.

3. Apply critical reasoning when evaluating statements. Be honest and ask yourself: Is this another big lie? Does it meet the basic standards of common sense, evidence, or even possibility?

Can America overcome the damage from last year’s big lies? I remain optimistic. We must all commit to being honest ourselves — and requiring honesty and accuracy from others.