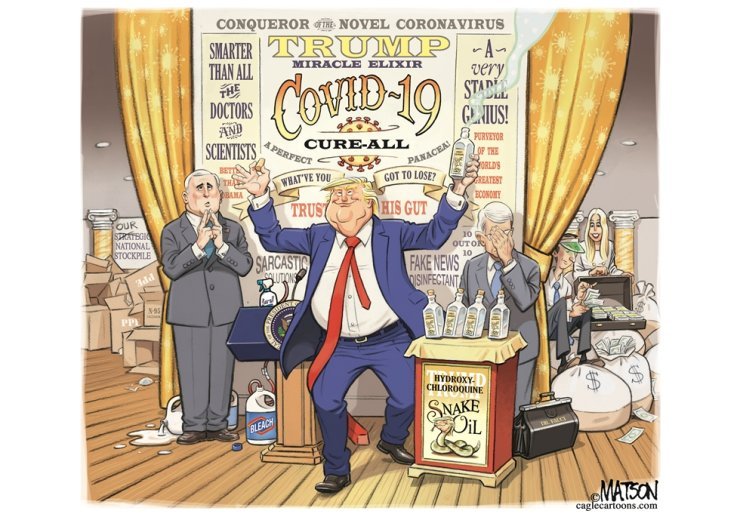 From the Left-The Daily Commercial: Trump the fraud

On Sept. 11, 2001, an infamous day, mostly Saudi Arabian, pseudo Muslim extremists suicide-attacked us, the United States “infidels.” One target was to be the Capitol building. Heroes on Flight 93 prevented that. We witnessed just how gullible and misguided human beings, whether well-educated or not, can be manipulated to believe whatever they are told. We are still recovering.

Likewise, who would have thought a formerly brown-haired New York City con artist (a mix of Elmer Gantry, Bernie Madoff, Charles Ponzi and Jimmy Swaggart) would dupe the cowboys and cowgirls, good ol’ boys and good ol’ gals of the West and South with his city slickness? Donald J. Trump, a self-proclaimed sexual assaulter: “When you are a star they let you do it, you can do anything, grab ‘em by the p***y.”

Trump is the world’s greatest liar, cheat and turncoat. Trump, the grifter, promised Mexico would pay for a southern border wall. He promised better, cheaper health care for all, but delivered zilch. He promised to reduce the national debt but instead added to it bigly. He said he’d be too busy to golf and would not profit off of the presidency.

Thank goodness he is his own worst enemy because he runs his mouth admitting any number of transgressions. “I know more about taxes than anyone. … Does anyone know the answer to that (tax question)?” Just let him talk; he will self-incriminate! Stay tuned for criminal prosecution.

Normally when smart people search creditable outlets and uncover facts, they dispel the untruth, but if Trump followers don’t avail themselves of quality research and remain ignorant in their self-imposed ultra right- wing echo chamber, they don’t have the intellect gained via factual information to know when they are being conned!

By supporting Trump, his supporters and cultists are self-identifying as losers.

Attorney Roy Cohn taught The Donald to lie (a sin) and double down on the sin. Cohn said the bigger the lie the better because the ignorant would not believe someone would lie so grandiosely.

The unapologetic sinner sowed the seeds of misinformation by suggesting if he lost any election, “I was robbed!” Trump won re-election like Robert E. Lee won the Civil War.

His cult and he even sought to overturn a legitimate election as if he were a third-world dictator and continue himself in office. Am I the only one who knows this stuff?

Cris Krebs, Trump’s cybersecurity chief, Attorney General Bill Barr, 50 governors, thousands of supervisors of elections and 50 secretaries of state all said the elections were devoid of systemic fraud. Those Republicans who were elected don’t say their elections were fraudulently obtained. So, the only loser was Trump? Well, he did lose the popular vote by 7 million (and still counting in Arizona) and 74 Electoral College votes!

Hundreds of thousands of deaths can be attributed to Trump’s declaration that the virus would go away despite knowing it was deadly. Some said, “If the president isn’t going to wear a mask, neither am I.” He should be prosecuted for criminal negligence as he abandoned his post during this COVID war. Despite Operation Warp Speed, the one thing he did right, millions of people lost jobs. Millions of people went into poverty. Hundreds of thousands of businesses closed due to his inaction.

Nearly half the American deaths due to COVID-19 could be collateral damage to his criminal negligence and his lukewarm response and misguidance.

Because of Trump’s Biggest Lie, our nation’s Capitol building was again brutally and misguidedly attacked on Jan. 6, an infamous day. This time by misinformed racist pseudo Christian extremist terrorists. The Capitol police were the heroes this time.

Trump is a snake oil salesman, criminal and merchant of pandemic death.

The Trump “error” severely damaged the USA at home and abroad. It, too, may take years to recover.