FROM THE LEFT- The Daily Commercial: Trump says ‘It is what it is’ 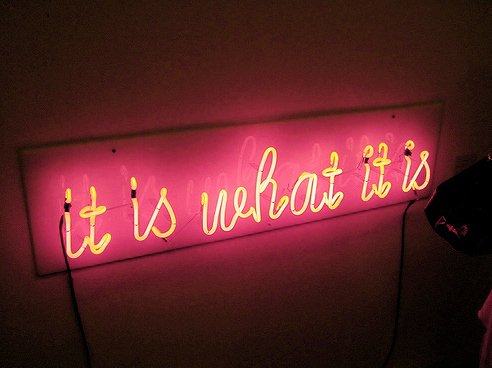 Trump says ‘It is what it is’

President Trump said, “It is what it is.” For the informed American citizen, the Trump administration has been an abject failure.

The failure of the Trump administration to immediately, upon getting notice of impending world-wide pandemic that proved to affect America more than most other developed countries, resulted in this country with 5% of the world population suffering 25% of infections and 25% of deaths on planet Earth. Pro-life my patootie!

In addition, an economic collapse like none before, including the Great Recession and Great Depression, caused so many businesses to temporarily close is one aspect of incompetence. The other is the colossal loss of businesses on a permanent basis and the loss of millions of jobs. Jobs in the restaurant industry, leisure cruise industry, entertainment industry and so many more. The country’s love of sporting events has been drastically curtailed and we can’t enjoy in-person sporting events or legitimate theater or even a movie experience.

“It is what it is.” Like the bread lines decades ago, to receive food, people are in long lines, this time in vehicles. “It is what it is.” Education has been so damaged by the loss of inclassroom teaching and the disparity of access to WiFi and personal computers, shows the inequality. Teachers, school bus drivers, custodial staff, food preparation and other support staff have lost or quit working their jobs out of fear of getting COVID-19.

“It is what it is.” The election process is critically hampered because normal poll worker are hesitant to be exposed to so many potential carriers of this often deadly virus. To top that off, Trump is fomenting doubt of the internal security of the simple process of voting safely by mail in a time of pandemic when citizens are wary of taking a chance of long lines at the polls.

“It is what it is.” Based on what has historically uttered from his mouth, we know Trump regards those who volunteer to serve this nation in the military as chumps, losers and stupid. He has said about volunteering, “What, you think I am stupid!” Any combat per-sonnel shot down, captured and tortured for five-years without relenting to the questioning by captures is a hero in any patriot’s book; but not Trump.

“It is what it is”. The Trump administration has more turnovers than Natasha’s Kitchen apple turnovers. And with good reason: many of the Trump sycophants have been found guilty of any number of illegal activities as well as constantly lying to the American citizenry. The Trump administration has in less than four years proven to be, if not the most corrupt, so close to the top of corruption that it can see the worst from where it is.

“It is what it is.” We should all pray, wish, and hope that we never again elect a person of such low character to the highest office in the land. No president has been so childish as to call fellow citizens immature and often derogatory names. No president has ever publicly been so vile cursing fellow Americans in speech and tweet. No other president has so consistently allied with the dictators who do not wish the United States goodwill. No other president has so often taken the word of dictators over the word of fellow American professionals charged with this nation’s security and foreign intelligence.

Trump, the apprentice to Putin, never criticizes Vlad for bounties or poisoning.

As Planet Earth continues to overheat and the nations of the world finally banded together to reverse the decline of the only home we have, and work to save it for the next generations, our flat earth president (”I don’t think science knows, actually”) does nothing and exacerbates the problem by pulling the United States out of the exigency the rest of the world wants to address.

Voters, Trump is a colossal failure!