FROM THE LEFT-The Daily Commercial: Trump is killing our founding ideals 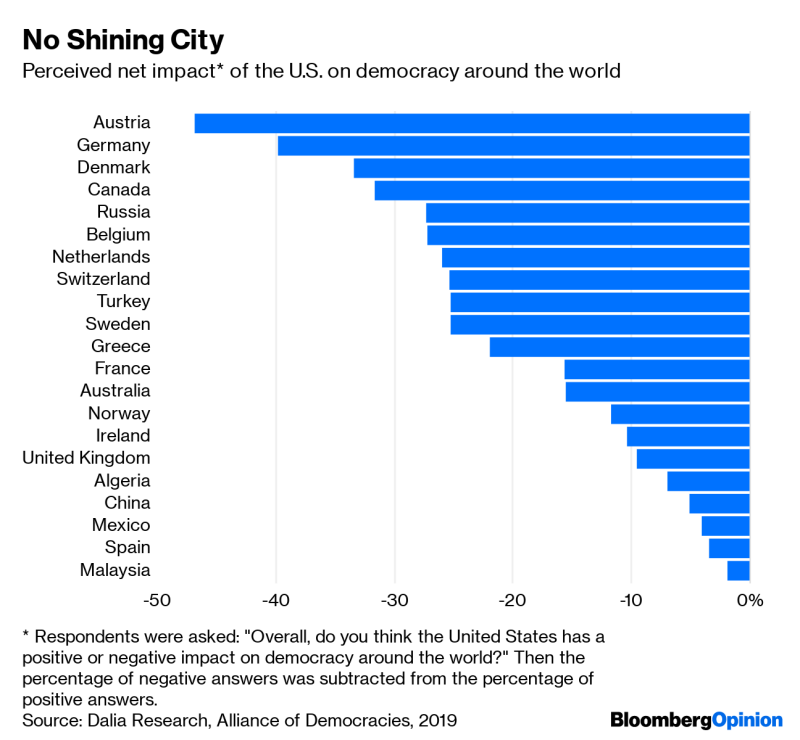 Trump is killing our founding ideals

As a country, we began fighting for our freedom and became a special country that the world looked at as that “shining light on the hill” for all to see and as an example to pattern themselves after.

We are no longer that “light on the hill.”The way we are viewed by other countries is one that cannot be trusted, one that is laughed at by other world leaders. During the recent NATO summit, these leaders were literally laughing at Trump and America. Kim Jong-Un called our president an “erratic old man.”

Countries that once looked at us not only as an example but a friend and ally, no longer can count on us. These countries are now looking toward China and Russia as their ally for both economics and defense. The Middle East, after seeing our betrayal of the Kurds, wants nothing to do with us. France, one of our oldest friends, has said they now need to look toward China for “global issues and trade. Other countries have seen us pull out of trade deals, treaties, etc., China is now viewed more trustworthy than the U.S.

Trump has trampled all over our Constitution. He has stated that as president he can do anything that he wants to do. As a republic, our form of government demands that our Constitution be adhered to for us to retain a democracy. This requires checks and balances that keep not only the president in check but others as well.

However, when you have a system where there are no checks and balances, you will have a country that lives in chaos. The republican leaders failed us by allowing Donald J. Trump to abuse our form of government and go unchecked. Even though there are impeachment proceedings occurring to check the president, the republicans refuse to do their job.

The American dream was one where, if you played by the rules and worked hard, you could possibly achieve whatever you wanted to. While we have historic low unemployment and a record high stock market, there are way too many Americans not participating in either of these. There a re way too many working multiple jobs, unable to afford housing and not able to participate in the stock market. Because of the trade wars, our farmers are suffering financially and losing their farms. The dreams are being killed by Donald J. Trump.