FROM THE LEFT- The Daily Commercial: Trump brought back southern strategy for GOP 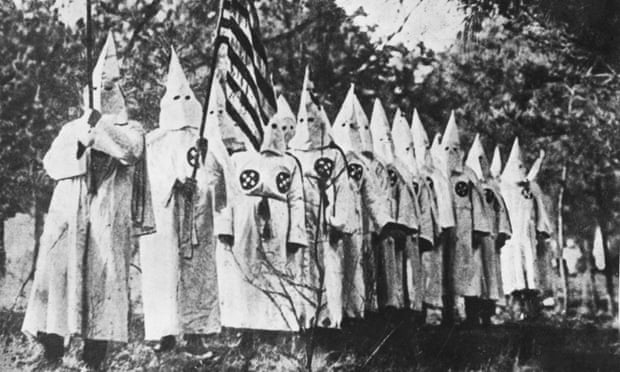 In the 1860 election we faced the question of slavery and decided to not accept slavery as an American way of life. In 2020 we face the question of do we vote to end the polarization that has divided our nation along racial lines.

We have had other periods in our history where race relations have become inflamed, usually by some event. In 1915 it was the release of the silent film “The Birth of a Nation,” which many call the most divisive film ever made. Originally called “The Clansman,” it portrayed the KKK as a heroic force to save America and portrayed African-Americans in the worst possible light.

It brought about the resurgence of the KKK and their membership peaked in the 1920s at 3 million members because of the film. The film was designed to help southern Democratic racists, but in the three presidential elections that followed in 1920, ‘24 and ‘28, Republicans won.

In 1948 and 1968, Strom Thurmond and George Wallace ran for president as supporters of segregation and racists as third-party candidates. Thurmond won four states with 39 electoral votes, while Wallace won five with 46 electoral votes.

It was to change from being open racists, like Thurmond and Wallace, to using code words like forced busing and affirmative action instead of openly racist words. The southern strategy was to solidify the South for the Republican Party after the racists left the Democratic Party when they passed the Civil Rights Act. LBJ said as he signed the Civil Rights Act that the Democrats “have lost the South for a generation.”

The location of both events was designed to solidify Reagan’s credentials as a supporter of southern voters.

Lee Atwater went to Washington in the 1980s and worked in a lobbying firm with Roger Stone and Paul Manafort. Atwater ran the campaign for George H.W. Bush in 1988 and was responsible for the Willie Horton ad.

Atwater died in March of 1991 at the age of 40, while he was working on a campaign to destroy the reputation of Bill Clinton. He saw a threat to his southern strategy in Clinton, a young charismatic southern Democratic governor. Atwater’s fears were proven correct as Clinton won six southern states in 1992 and 1996 Race was not a major issue in the elections of 1992, 1996, 2000 and 2004. In 2008 and 2012, with Barack Obama on the ballot, race played a role.

On March 18, 2008, then-Sen. Obama was in a tough primary race with Hillary Clinton for the Democratic nomination and facing criticism over comments made by his pastor, Jeremiah Wright. He made a speech titled “A More Perfect Union” in which he disavowed the comments of Pastor Wright.

New Mexico Gov. Bill Richardson said of the speech: “Sen. Barack Obama addressed the issue of race with the eloquence and sincerity and decency and optimism we have come to expect of him. He did not seek to evade tough issues or to soothe us with comforting half-truths. Rather, he inspired us by reminding us of the awesome potential residing in our own responsibility.”

In 2016, race became an issue, when the southern strategy was reintroduced by the Trump campaign. Paul Manafort and Roger Stone had worked with Lee Atwater in the 1980s.

After nearly four years of Trump and the southern strategy of creating fear of African-Americans by whites, we are super polarized. Trump has done nothing to soothe the racial divide in the nation after the horrible murder of several Blacks.

In a few days we can start voting to decide whether we want to continue the path we are on as two nations or choose a path that will help unify us as one nation.