From the Left-The Daily Commercial: The yet-to-be-realized promises of our nation Choice Edwards Columnist 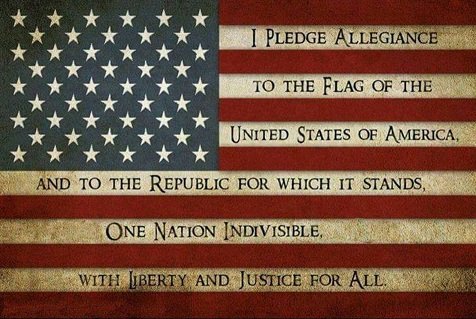 From the Left- The Daily Commercial: The yet-to-be-realized promises of our nation

On Independence Day, I may have been among the few who celebrated Crispus Attucks, a hero of African and American-indigenous ancestry and the first American killed in the Boston Massacre on March 5,1770 — the first death for independence!

Just four decades later, in 1814, as slaves swam toward the British ships to freedom, the slave-holding Francis Key penned these words in the third stanza of the Star Spangled Banner: “No refuge could save the hireling and slave (referring perhaps to the former slaves, the Colonial Marines) from the terror of flight, or the gloom of the grave…” I believe oppressed people should not be coerced to respect the third stanza of this song.

We must dishonor Key who regarded African-Americans as “an inferior race of people.” Key was a slave-holder from a Maryland plantation family, who, owing to brutal and relentless human bondage had grown rich.

During the 19th century several songs served as the unofficial anthem. By the 1920s, battle lines were clear. Those who wanted to celebrate the post-Civil War unity of North and South without reference to the abolition of slavery favored “The Star-Spangled Banner.” Many Northerners preferred the emancipation spirit of “Battle Hymn of the Republic,” or the stately grandeur of “America the Beautiful.” African-Americans had their own song, and in 1926 adopted “Lift Every Voice” by Florida poet James Weldon Johnson as a Black national anthem.

Oliver Wendell Holmes Sr. felt that if the anthem were to belong equally to the North, it would need a new stanza — one he provided, invoking “the millions unchained who our birthright have gained.” By contrast, supporters in the South did not believe it required any changes. Sigh.

In 1931 there was finally a clear winner: Congress approved, and President Herbert Hoover signed, Maryland Representative John C. Linthicum’s bill making “The Star-Spangled Banner” America’s one and only national anthem. Controversy ensued within 48 hours. Partisans of the Banner held a parade in Linthicum’s Baltimore district, led by two color guards: one hoisting the American flag, the other carrying … the Confederate flag.

If it is paramount to sing the anthem before athletic contests; why so few other entertainment events? Athletes’ peaceful protesting is far less intrusion than what Confederates did to our flag and country then and now.

Even though pledges and anthems do not a patriot make, perhaps a new, easy-to-sing, National Anthem to unite this diverse, multi-cultural country we all inhabit, would help.

We also need a new Pledge of Allegiance.

Francis Bellamy, who in 1892, penned the Pledge of Allegiance, was a Christian socialist who championed the rights of working people and the equal distribution of economic resources. Bellamy believed such was consistent with the teachings of Jesus. In fact, Bellamy was forced to stop preaching in church about what he saw as the evils of capitalism, and, after moving to Florida, and witnessing the racism here, eventually stopped attending church altogether. Francis’s career as a preacher ended because of his tendency to describe Jesus as a socialist. Bellamy was considered a democratic socialist. His pledge included a salute to the flag known as the Bellamy Salute, similar to the Nazi salute with an outstretched arm toward the flag.

During WWII, the salute was replaced with a hand-over-heart gesture. Good move!

Bellamy believed in the absolute separation of government and religion and, therefore, his original pledge did not include the phrase “under God.”

However in 1954, in response to the communist threat, President Eisenhower encouraged Congress to add the words “under God,” creating the current pledge.

I suggest this: “I pledge allegiance to the flag of the United States of America and to the people for which it stands one nation under the Constitution, with the yet-to-be-realized-promise of liberty and justice for all.” Patriots, as I absolutely am, let us, together, make this great country even better.