FROM THE LEFT-The Daily Commercial: The Republican Party has become the deplorable party 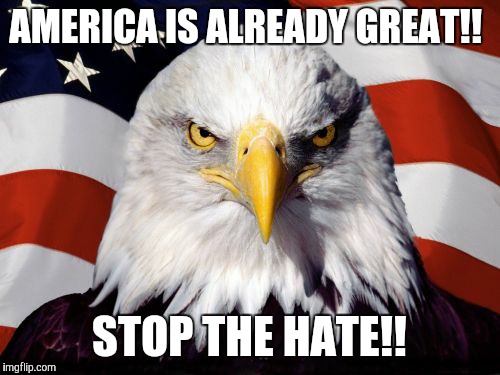 The Republican Party has become the deplorable party
During the 2016 presidential campaign, Hillary Clinton called half of Donald Trump’s supporters deplorable and was vilified for doing so. Most Republicans screamed to the high heavens how shameful she was using the term deplorable. The definition of deplorable is: deserving strong condemnation. The word is synonymous with disgraceful, shameful, dishonest, unworthy, inexcusable, unpardonable and unforgivable. Most of these words define the current president.
Before Trump ran for the presidency, he fabricated the story that former President Barack Obama was not an American. He began the birtherism movement and had many Republicans buying into the lie. This was one of the first steps for the Republican Party to take toward becoming deplorable. At this point, they could have stepped up and said “no.” The leadership of the party stood back and said nothing, but some went as far as to say that since they had not seen his birth certificate, they couldn’t confirm he was American.
As Trump began his campaign, he spewed his deplorable language by calling Mexicans rapists and murders that needed to be sent back and build a wall to keep them out of the country. Where were the Republicans? Rather than taking a stand against these deplorable remarks being made about some of the hardest working folks in our country, they chose to sit back and watch.
As the campaign progressed, he deplorably played friendly with the alt-right, the KKK and the Nazi supporters. He cheered them on when they showed up at his rallies. He further demeaned a Gold Star family, as well as Senator John McCain. It was deplorable when he encouraged his supporters to punch people that disagreed with him. When a black man was punched in the face while at one of his rallies, he told the crowd he would pay their fines. While he was making these deplorable remarks, he continued to shout, “make America great again.” Where was the Republican Party?
It was deplorable when Trump bragged about “grabbing women by the (expletive).” It was deplorable when he allegedly sexually harassed 17 different women. It was deplorable when he boastfully supported Roy Moore, an Alabama judge who allegedly made inappropriate sexual advances toward young girls — one as young as 14. The president has made disrespectful comments about women and has reduced women’s rights by executive orders and legislation. Where was the Republican Party?
Where was the Republican Party when Trump was making derogatory remarks about people of color, such as “Haitians have aids,” or, Africa and Haiti are “s—- hole” countries? Where was the Republican Party when he continued to vilify the Central Park Five or when he attacked Judge Curiel and African American “war zones?”
Trump tried to repeal the Affordable Care Act, taking away medical coverage for millions. He failed to provide funding for the Children’s Health Insurance Program, passed an unnecessary tax bill that would jeopardize Medicaid, blew up the deficit and took actions that affect clean air and water. Trump pulled out of the Paris Accord, pulled out of the Trans-Pacific Partnership, and imposed tariffs on our trading partners. This will have an impact on our stock market, interest rates and inflation and could lead to a trade war. Where was the Republican Party?
When Trump thumbed his nose at historical traditions, refused to show taxes, refused to remove himself from business ventures, showed nepotism, utilized his properties for government purposes, tweeted out disparaging remarks and lied more than 2,000 times since in office, where was the Republican Party?
Donald Trump is deplorable based on the definition. Anyone that belittles others, takes actions that are harmful to others, is disrespectful to women and takes actions harmful to our environment is deplorable. All of those that are complicit with such a person are also deplorable. The Republican Party has been and continues to be complicit. This makes them deplorable as well.