FROM THE LEFT-The Daily Commercial: Scott Should know the presidential vote was fair by Nancy Hurlbert guest columnist 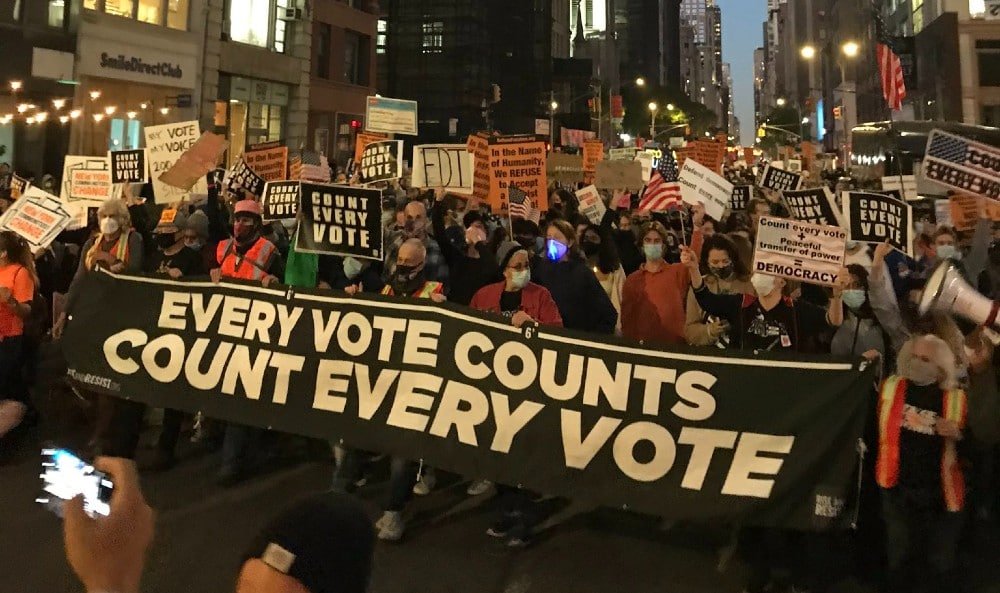 From the Left- The Daily Commercial: Sen. Scott should know the presidential election was free and fair

An open Letter to Rick Scott:

Just before dawn on Jan. 7, after a violent mob seeking to stop the election certification had ransacked the United States Capitol resulting in 5 deaths, the Senate rejected by a vote of 92 to 7, the challenges to Pennsylvania’s mail-in voting law and certified the election of Joe Biden as President. One of those seven supporting the challenge was you, Florida Sen. Rick Scott.

What is your complaint? In a statement released before the vote on Jan. 7, you say, “the Governor of Pennsylvania, along with the state courts, made a decision to allow votes to be counted that came in after Election Day, even if they did not have a postmark, in defiance of state law.”

Sounds bad but here are the facts. According to the Brennan Center for Justice, 23 states accept ballots after election day as long as the ballots can be verified as having been mailed on or before election day. Ten of these states, including Pennsylvania, accept ballots with missing or illegible postmarks that arrive after election day. Missing postmarks happen for a number of reasons including envelopes sticking together when processed and postal employees simply not knowing that ballots need to receive a postmark. But most of these states, including Pennsylvania, use bar codes that encode tracking information directly on ballot envelopes so that election officials know if a ballot was mailed on or before election day. If this is such an issue that you brought it up in the Senate, why did you not mention the other nine states?

Pennsylvania accepted ballots after election day because the state Supreme Court ruled that the state constitution permitted an extension of the acceptance of ballots past election day in order to ensure a free and fair election. This was necessary due to the massive increase in the number of mail-in ballots and the postal service slowdowns. The Pennsylvania Supreme Court did what it could to make sure all legitimate ballots voted on or before election day were counted.

Joe Biden won the 2020 election with 306 electoral votes to Donald Trump’s 232. Disallowing the 20 Pennsylvania electoral votes would not change the results of the election. Why did you go to so much trouble for a losing cause? Because you are pushing your proposed law called the VOTER Act. The VOTER Act would require all ballots to be counted and reported within 24 hours after polls close and that all ballots must be received by election day. This is just another step in your right-wing extremist effort of voter suppression and it tramples on the rights of states to operate their own elections as allowed by the United States Constitution.

No election is ever perfect. But the 2020 election was free and fair. According to Donald Trump’s own Attorney General William Barr on Dec. 1, 2020, “we have not seen any fraud on a scale that could have effected a different outcome to the election.” Donald Trump’s director in charge of 2020 election security, Christopher Krebs said, “the November 3rd election was the most secure in American history. There is no evidence that any voting system deleted or lost votes or changed votes or was in any way compromised”.

So, when you, Mr. Scott and others rant about how Americans do not have trust in our electoral system, it is because you and they have created that mistrust by spreading lies about the 2020 election. And the end game behind all that misinformation is to make Americans think that we need to restrict access to the ballot box, not expand it. You and they know that when more Americans, not fewer, turn out to vote that politicians like you and others like you are in danger of losing. This is America, Mr. Scott, where every vote counts whether you like it or not.