FROM THE LEFT- The Daily Commercial: Salvaging our democracy 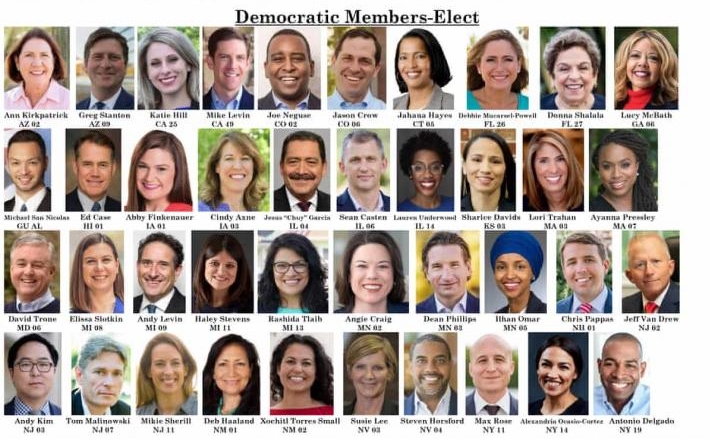 FROM THE LEFT
Salvaging our democracy
America must thank President Trump for the largest turnout for a midterm election in 50 years, according to the United States Election Project. Citizens came out to vote in large numbers, including young voters and women, to reject the policies of Trump and the GOP that refused to pass bills on major concern to voters, including healthcare, higher minimum wages, good public schools, rebuilding our infrastructure, sensible gun control laws, protecting Social Security, environmental regulations and a fair system of taxation.
The Republican Party, who has had complete control of our federal government, is responsible for damaging our democracy. Extensive voter suppression tactics, lack of concern for cyber security measures to protect our voting system and refusing to address campaign finance reform corrupts our elections.
Instead of making voting easy and accessible for citizens, which should be our goal, Republicans use the excuse of preventing voter fraud to make it more difficult to vote. They gerrymander districts, arbitrarily purge voter rolls, reject voter-registrations applications, refuse to restore voting rights to former felons, require special photo IDs, limit days and hours for early voting, cut the number of polling places and limit the number of voting machines, creating long lines and wait times.
Republican leadership has refused to stop Trump’s continued denigration of our intelligence community, especially those investigating Russia’s involvement with Trump’s campaign during the 2016 election. They refuse to check his insults to the national media or his support of right wing extremists, some who are responsible for attacks on minorities, the bomb attacks of Trump’s critics and mass shootings in the U.S.
It’s no surprised that this year voters understood the need to change control of our government. Midterms brought spectacular news for Democrats, even if they may have lost three Senate seats in red states. As of this printing, Democrats are now in total control of 13 States, they flipped seven governor’s races, six state legislative chambers, more than 300 state house and senate seats and won 27 state attorney general seats.
The House made the largest gain, 35 seats and still counting, and regained the majority. The House will have a record number of women including Muslims, LGBTQ women, women of color, Native Americans and veterans.
Florida and Mississippi are still undecided. Democrats Kyrsten Sinema and Jacky Rosen flipped Senate seats in Arizona and Nevada. Democrats re-elected a majority of their senators including Jon Tester in Montana. Democrats won the governor’s race in Wisconsin, Michigan and Pennsylvania; Trump’s path to election in 2016. They also took governorship’s in Illinois and Kansas where Kris Kobach was defeated. While the Georgia election for governor is still in question, thanks in large part to voter suppression tactics of Stacy Abrams’ opponent Secretary of State, Brain Kemp, Lucy McBath flipped Newt Gingrich’s old Congressional seat.
These wins by Democrats come in spite of Republicans’ efforts to make voting more difficult for citizens.
Newly elected Democrats must meet the challenge against the howling of Republicans and present bills that the majority of Americans want, improved health care for everyone, funding for public schools, reduced student loan debt, a new Voting Rights Act, common sense gun control laws, campaign finance reform, comprehensive immigration reform, expanded Social Security, Medicare and Medicaid, protecting Mueller’s Russian investigation, etc.
The list is long. Republicans have neglected citizens’ demands for years.
Kathy Weaver