FROM THE LEFT- The Daily Commercial: Restoring felons’ right to vote long overdue 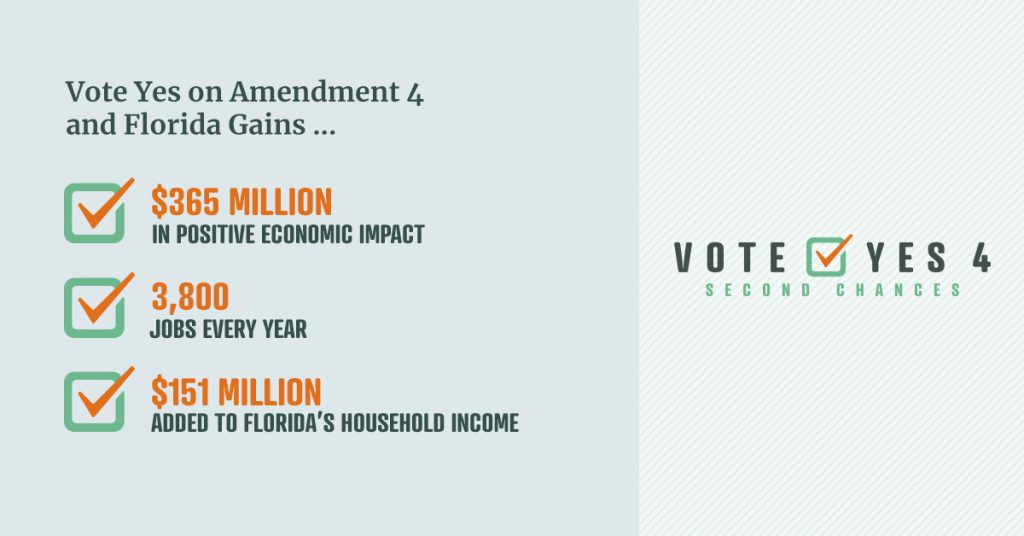 Restoring felons’ right to vote long overdue
FROM THE LEFT
Many supporters, myself included, of Amendment 4 (Voting Rights Restoration for Felons Initiative), for felons who have served their sentences, were deeply disturbed by the results of a recent poll conducted by the Florida Chamber of Commerce, which reported that of the 13 amendments that will appear on the Nov. 6 ballot, Amendment 4 received the lowest support.
For several years, countless volunteers went door to door to collect the 766,200 signatures required for the referendum to be placed on the November ballot. If this amendment fails to receive 60 percent of the vote, when will the opportunity present itself again?
Florida has the unique distinction of being the only state where felons must wait an additional five to seven years after completing their sentence, which includes parole and probation, before they’re eligible to apply to have their rights restored.
The process is lengthy and cumbersome, requiring the felon to supply numerous case-related documents. Then, once submitted, the application takes several years to process. Offenders who have committed more serious crimes are required to travel to Tallahassee for a hearing before the clemency board. If rejected, applicants must wait two years to reapply.
This is not an issue of the 21st century or even of this decade but has its roots in Florida’s Constitution, ratified in 1838, which established felony disenfranchisement. This law took effect in 1845, when Florida became a state.
There were no reforms in felon voting rights until 1968, and that change only simplified the wording to include only felonies as reasons to ban criminals from voting. In 2007, Gov. Charlie Crist passed legislation that allowed ex-felons to regain the right to vote if approved by Florida’s parole commission. This allowed over 150,000 ex-felons to regain the right to vote, but it was reversed under Gov. Rick Scott, who also added a five-year waiting period between the end of a sentence and application for voting reinstatement.
In 2011, the Florida Rules of Executive Clemency eliminated the automatic restoration of civil rights, and the ability to vote will no longer be granted for any offenses.
What are the statistics and racial demographics of those disenfranchised? Not surprising, these laws are deeply rooted in our country’s troubled racial history and have a disproportionate impact on minorities.
Across the country, one in every 13 voting-age African-Americans has lost the right to vote, which is four times higher than the rate for all other Americans. Bringing these numbers closer to home, 10.43 percent of Florida’s population is disenfranchised, or 1,686,318 Floridians. Florida has the highest rate of disenfranchised citizens in the nation, and 23.3 percent of black voters in Florida can’t vote because of felony disenfranchisement.
By Patricia Jackson