From the Left- The Daily Commercial: Republicans try to hide opportunity to vote, like Easter eggs Mary Sharpe Guest Columnist 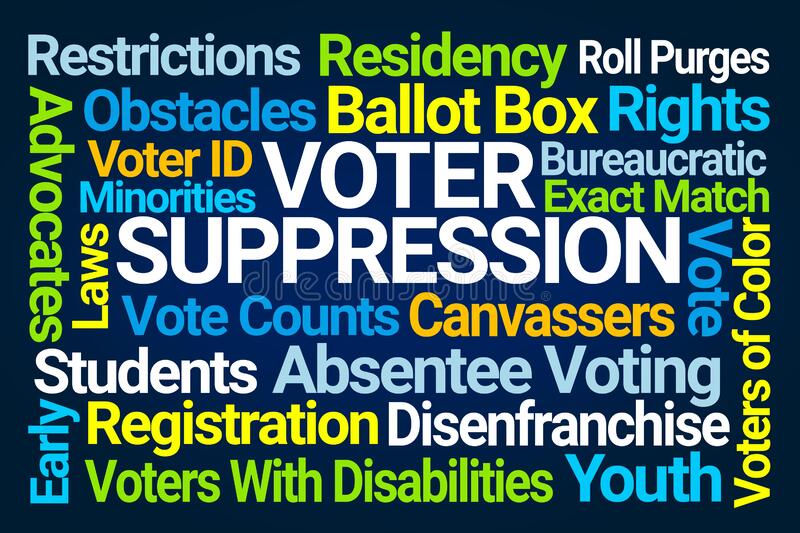 From the Left- The Daily Commercial: Republicans try to hide opportunity to vote, like Easter eggs

Eggs, baby chicks, and flowers surround us at Easter and Passover as a sign of renewal. The earth, after a barren winter, is coming back to life. We are finally beginning to emerge from a very dark time in our nation’s history and, due to massive vaccinations, our country is also beginning to come back to life.

During the pandemic, we had to learn safer, low contact ways of doing life’s functions. We zoomed into meetings and family gatherings. We learned to bake bread. And when it came to the elections we innovated. Apparently, we innovated too well. Republicans didn’t like it.

Republicans realized that their acquiescence to an out-of-control president was going to hurt the whole party in the 2020 elections. His “help” was no help at all. Set up by the” Big Lie” that Trump started spouting a year before the election about how fraudulent the process was, his minions got to work.

There’s a pandemic. People will try to use the state laws that Republican legislators put in place to vote by mail. We can’t have that. Put some guy in charge of the post office and have him destroy government-owned mail sorting machines and mailboxes to slow it down.

Voters responded by dropping off ballots. Pick up those drop boxes.

Some people are still trying to vote in person? Close poll locations, change the hours, and shorten early voting days. People are voting anyway? Some are waiting 7 or 8 hours? These voters are unflappable!

When the votes began to be counted on a national scale, the Republicans lost the White House, the House, and after a runoff in Georgia, the Senate Republicans were exasperated. They had done everything they could to keep people from voting. They then tried to stop the counting of votes that were legally cast. That didn’t work. They refused to recognize the president-elect. Desperate, they helped organize their true believers, whipped them into a frenzy by continually repeating the “Big Lie” about a stolen election and directed them to the U.S. Capitol in a last-ditch effort to stop the constitutionally mandated certification of the vote. After the insurrection was quelled, we certified it anyway. The 2020 election was likea game of chess.

It seems that the populace were not willing to be silenced. Our ancestors fought, bled and some even died for our right to vote. Voting is raising your voice to participate in your government. Restricting the vote, suppressing the vote is a stab at the heart of our constitutional right of freedom of speech.

We are witnessing politicians who can no longer win elections based on their flawed, unpopular ideas. The Republican base is shrinking. The only way that they can win is to keep those who might vote against them from voting. Kind a like applying the “Trump pandemic” (if we don’t test, we don’t have an outbreak) method to elections. If they can’t vote, we win! Republicans have become the anti-democracy, anti-voting party. Voter suppression is now the central principle of their party.

The entire country is paying for the sins of the voters in Georgia who dared to show up and elect 2 Democratic senators and tilt the election to Joe Biden. Republicans must keep people from voting because they have started to vote Democratic.

So the question remains: Do I really want to give my vote to politicians who gladly take it and then try to keep me from ever using it again? Running away with your vote, secretly trying to change the rules, the voting locations, the times, kinda like the hiding of all those eggs. But we will find them eventually. And just like in the 2020 election, we will vote anyway.