FROM THE LEFT- The Daily Commercial: Republicans, it’s time to move past racism in politics 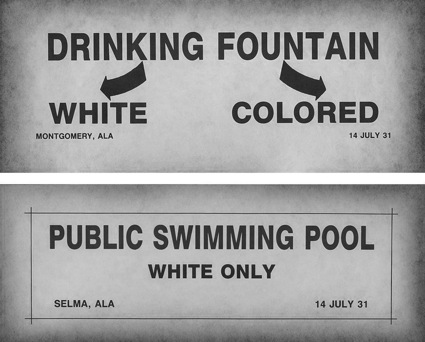 Republicans, it’s time to move past racism in politics
FROM THE LEFT
Racism in politics has been raising its ugly head in America as far back as the Reconstruction Era. Racial remarks were used to “gin up” the electorate during the Jim Crow era. Voter disenfranchisement laws were enacted advocating white supremacy and were passed by Southern states for the primary purpose of preventing people of color from voting. After reconstruction, blacks could ride in the same train cars, eat in the same restaurants, use the same facilities, etc., as whites. Many whites found this unacceptable. They felt people of color were gaining too much control and their freedoms needed to be curtailed. Thus, Jim Crow laws.
The Civil Rights Act of 1875 was enacted during the Reconstruction era “to protect all citizens in their civil and legal rights.” It allowed former slaves to enjoy “equal treatment in public accommodations, transportation and prohibit exclusion from jury service.” Eight years later, white politicians felt this went to far, took it to the Supreme Court and had the act deemed unconstitutional. The Court held that the Thirteenth Amendment was meant to eliminate slavery but not prohibit discrimination. This allowed businesses to legally practice segregation.
By 1914, every Southern state had passed laws that created two separate societies, one colored and one white. The Jim Crow laws mandated separation of races, a separate and unequal status of black Americans and prevented them from voting. Even though, the Fifteenth Amendment was passed in 1870 banning restrictions on voting rights, the Southern states enacted laws via “poll taxes or literacy test” to prevent people of color from voting.
To further prevent blacks from voting and to restrict their freedoms, there was the rise of the Ku Klux Klan. The movie, “The Birth of a Nation” was used to vilify former slaves and depict blacks of wanting to rape and kill white women. From this period through today, politicians have used racism as a means of vilifying people of color to instill fear into white voters.
The Voting Rights Act of 1965 outlawed discriminatory voting practices that were enacted by Southern states. The passage of this act allowed more people of color to vote and to get elected to public office.
In addition, politicians listened to and responded to the needs of these Americans.
With the increase of black political power, many Southern politicians saw this as a threat.
In 1968, Richard Nixon and the Republican party ran on a campaign called the Southern strategy. The purpose of the strategy was to increase political support among Democratic white voters in the South by again vilifying people of color. This strategy, out of fear, led to the election of Nixon.
This playbook of racism has been a strategy used since then.
During the 1980 election, Ronald Reagan used a the take back America strategy to dog whistle against achievements gained by blacks created by Affirmative Action. As more minorities moved into management, it became a threat to white males. Reagan used this as “they’re taking our jobs” and “I’m going to overturn Affirmative Action.”
In 1992, George H.W. Bush used the Willie Horton attack ad to imply that blacks were raping and killing our women and children. Bush’s campaign manager Lee Atwater bragged of its racist success.
In our most recent presidential election, Donald Trump started his campaign saying, “Mexicans (people of color) are raping and killing our women.” He implied Muslims were terrorists killing our citizens. He gained the support of alt-right, Ku Klux Klan and other hate groups. Trump still spews racist remarks to instill fear in white voters.
Now, the Republican candidate for governor of Florida, Ron DeSantis, starts his campaign with racist remarks.
It is now time for the Republican party to run on real issues that help all Americans and stop using racism and fear to divide us. We are better than this.
Gary Clark