FROM THE LEFT-The Daily Commercial: Protecting freedom of speech 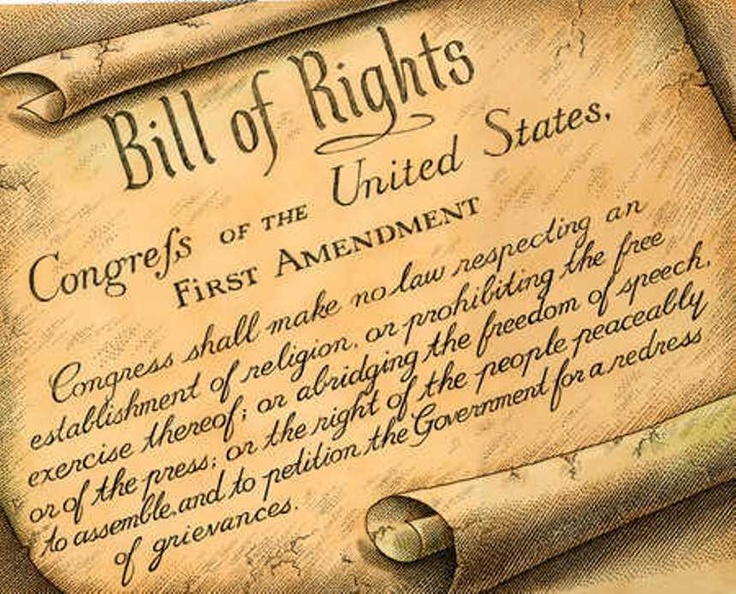 FROM THE LEFT
Protecting freedom of speech
Much has been said about the protesters at the Capitol and in the Senate office buildings during the Kavanaugh confirmation hearings. Whether you liked it or not, it is our democracy at work. And a lot of people didn’t like it. President Trump didn’t like it. But he has never liked the freedom of speech or the press. He constantly derides the media with all kinds of name calling – dishonest, fake news, failing, etc.
He called it an “angry mob.” Mitch McConnell and other senators who should know better chimed right in. The Senators didn’t like it. They would far prefer to be left alone to do what they want with no dissension. Republicans love the Second Amendment. They step right over the first to get to the second.
In the corridors of the Capitol, protesters on both sides of the issue were making their voices heard and because of the freedom of the press allowed us to, the citizens of this country were transfixed by the images coming onto our screens all across this great land.
We were spellbound with the drama of it all. The nation paused to bear witness.
So how did we even know what was happening in a basement hallway over 1,000 miles away?
Because of our free press.
We are not an “angry M=mob.” We are not the resistance. We are not paid protesters. We are Americans questioning our government.
In this country, it is not just permissible to question our leaders, it is our civic duty. That right is enshrined in our First Amendment. If our president has the freedom to lie, then we have the freedom and the right to address our concerns to our elected leaders. It is not the resistance, it is patriotism. When we see something happening to our country, we should stand up and defend her honor.
I saw a news clip of a male Fox News host bombarding Taylor Swift because she made a statement about the upcoming election in her home state of Tennessee, saying she supported Democrat Phil Bredesen for Senate. The Fox host said that she should “just shut up,” like she has no right to speak.
You can call her a singer, performer or a star, but the number one thing that she should be called is an American citizen with First Amendment rights, the same rights that allow people like him to go on TV and pontificate his total ignorance of the Constitution and the rule of law.
Colin Kaepernick has been barbecued by the right for daring to silently protest police brutality on the sidelines of football games by taking a knee during the national anthem. He has lost his career and most of his commercial endorsements for his activism but is still an American, hopefully with his First Amendment rights to peaceful protest intact.
Rush Limbaugh daily crucifies anyone that dares to disagree with his opinions. He screams “liberal media” and “fake news,” oblivious to the fact that he enjoys his success because of freedom of the press and freedom of speech. The same First Amendment that protects my opinions also protects his right to voice his heinous opinions over the airways.
We should not be afraid to hear other people’s opinions. They are Americans, too. We must allow these voices to be heard.
All the voices.
So here it is, the First Amendment: Congress shall make no law respecting an establishment of religion, or prohibiting the free exercise thereof; or abridging the freedom of speech, or of the press; or the right of the people peaceably to assemble, and to petition the government for a redress of grievances.
And we saw the First Amendment, except for Freedom of Religion, on full display in the hallways of our Capitol this past weekend. Freedom of Speech. Freedom of the Press. The Right to Peaceably Assemble.
The Right to Petition our Government for a Redress of Grievances.
Not “mob rule,” but democracy in action!
Our First Amendment right to freedom of speech is our most treasured possession as American citizens. We must protect it and cherish it at all costs, lest it goes away.
Because if it goes away, it goes away for all of us.
Mary Sharpe