FROM THE LEFT-The Daily Commercial: Protect the right to vote safely 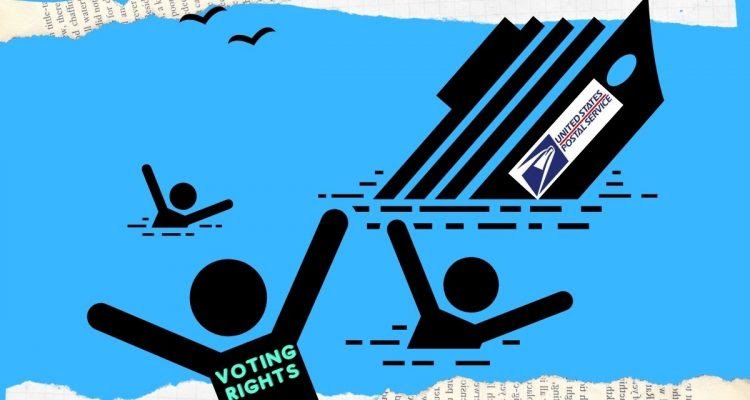 Protect the right to vote safely

Our country needs a fully functioning United States Postal Service especially during a raging pandemic with Nov. 3rd’s consequential Presidential election. Instead, it is under attack and being dismantled by President Trump and newly appointed Postmaster General Louis DeJoy.

The USPS has always played a major role in our nation’s history. Even today with additional means of communication, Americans consider the USPS an essential service with an approval rating of 91 percent according to Pew Research Center survey, April 2020.

Benjamin Franklin, our first postmaster general in 1775 understood the importance of communication, even before winning our independence from the British. The USPS is enshrined in our Constitution: Article 1, Section 8; ‘The Congress shall have Power for the general welfare of the United States….Excises (fees) shall be uniform throughout the United States. To establish Post Offices and post Roads.’

Our postal system operates without taxpayer funding; it’s a public service that should not be required to operate as a business. For the past six years the Post Office would have reported a profit, if it hadn’t been required under 2006 law passed by a Republican controlled Congress requiring them to create a fund of approximately $110 billion that in 10 years would pay for retirement health care costs for 75 years into the future. No business or government agency has this extraordinary requirement. These funds are not being set aside for Post Office retirees; they are being used to pay down the national debt.

To preserve the USPS, the Democratic Congress has already passed a bi-partisan bill- H. R.2382 which would repeal this ridiculous mandated healthcare fund. We need a Democratic Senate and President to make this change happen.

People depend on the USPS especially during a pandemic as a lifeline for delivery of prescription drugs, social security checks and small business operations especially in rural areas with higher poverty levels, limited or no internet service. About 100,000 military veterans are employed by the USPS.

USPS is a vital service for November’s presidential election, processing vote-by- mail ballots for the millions of voters who don’t feel safe voting at polling sites. Trump has refused to approve additional funding for the USPS to offset the loss revenue from pandemic closed businesses.

Postmaster General DeJoy, with possible conflict of interests concerning his investments, began his takeover of the USPS by firing 23 postal executives then hiring his cronies as replacements with six-figure salaries. At the same time cutting workers hours that slowed operations, removing streetside mailboxes and destroyed hundreds of high-speed sorting machines that process 600 million envelopes in one day, the size of mail in ballots.

DeJoy also changed the policy of handling ballots from faster first-class delivery, to slower marketing mail. Trump in his bid for reelection with De-Joy’s help are doing their best to destroy the U.S. mail service.

Trump is discrediting vote by mail nationally, but Florida Republicans are sending out applications for vote-by-mail ballots. What’s good for Florida should be safe for all U.S. elections.

Don’t let Trump win this election either by discrediting vote by mail, with Russian interference confirmed by FBI Director Christopher Wray, the ignorance of QAnon conspiracies, race baiting, through voter suppression or sabotaging our post office. We’ve seen the hypocrisy and dishonesty of the Republican Senate after the death of Supreme Court Justice Ruth Bader Ginsburg intending to vote on her replacement with our election already in progress.

To save our democracy from Trump’s autocratic, incompetent leadership, vote for Democratic candidates.

Everyone should make a plan to vote safely, during COVID.Vote the entire ballot, start at the bottom. If you decide to vote ‘in person’ go to early voting, avoid crowds. If you are using a vote-by- mail ballot, be sure to sign your name on the outside of the envelope, mail your ballot early or take it to a drop box at the Supervisors of Elections Office or an early voting location.

Volunteer, get involved, protect your right to vote.