FROM THE LEFT- The Daily Commercial: Protect citizens from the NRA and stop the carnage 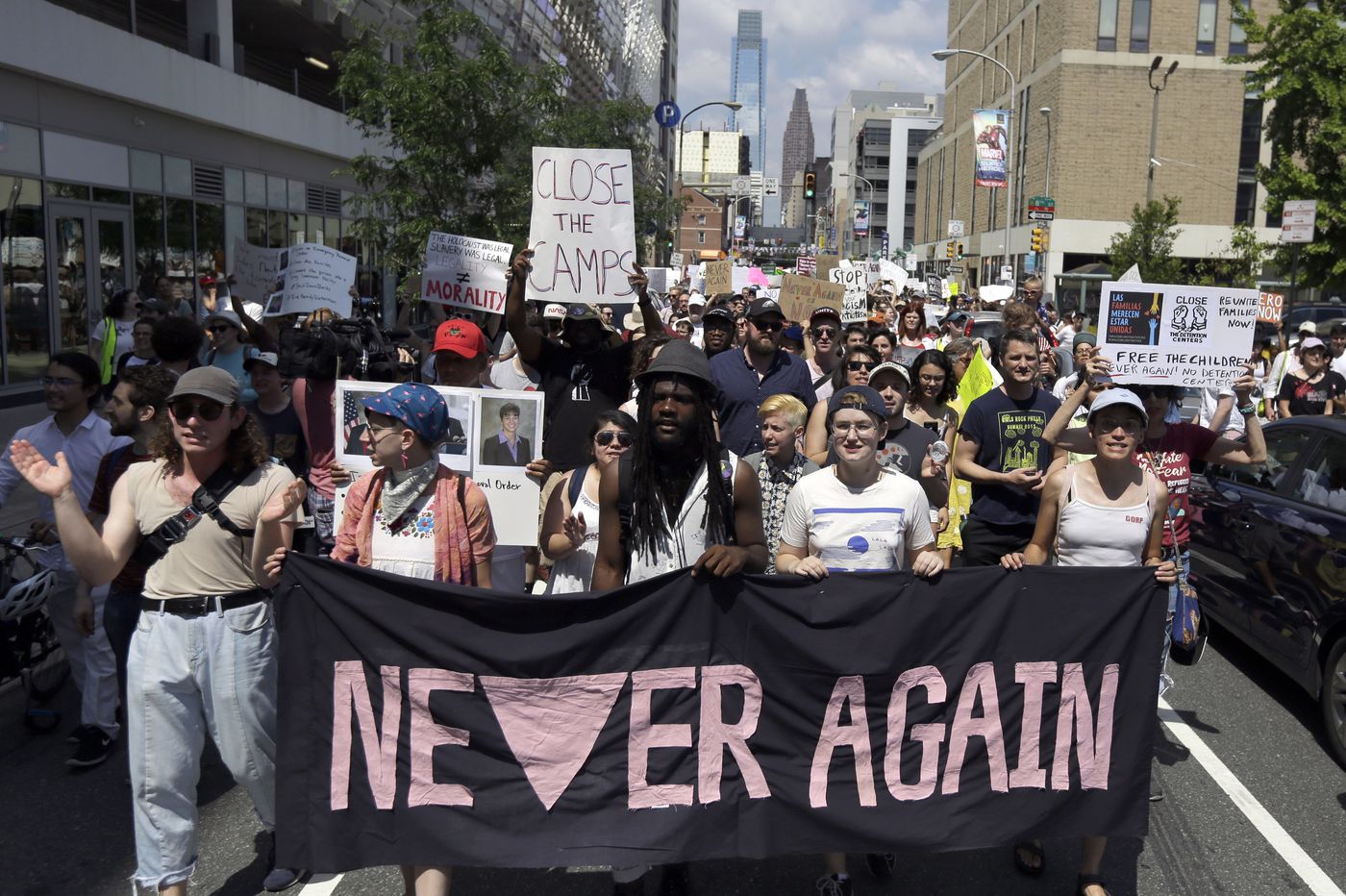 President Donald Trump spoke of ending “carnage” in the U.S. at his inaugural address.
With his disparaging remarks about immigrants, black people living in ghettos, siding with the “good guys” who shouted anti-Semitic chants in Charlottesville and banning Muslims from entering our country, we have seen an increase in crimes.
These crimes are not being committed by illegal immigrants who historically commit fewer crimes than U.S. citizens. The carnage is being done by white nationalists and neo-Nazis, who have found support for their white supremacist beliefs in the White House.
The Southern Poverty Law center “found that 43 people were killed and 67 wounded by young men associated with the alt-right over the past four years. Seventeen of the deaths came in 2017.” The FBI has reported an increase in hate crimes.
Why don’t we have a presidential special-reporting mechanism for the 6,121 criminal incidences of hate crimes recorded by law enforcement in 2016 against people because of their race, ethnicity, religion, sexual orientation or gender identity?
The carnage from gun violence in the U.S. has escalated since the NRA stopped supporting gun safety in the interest of selling more guns. They now lobby for lax gun regulations, while telling people the government is going to take their guns away.
More than 20 years of NRA-backed legislation has brought about this carnage.
Under Federal Law (1996-Dickey Amendment) the CDC could no longer use funds to study deaths from gun violence. The NRA feared the information could be used for gun regulations.
The Federal Assault Weapons Ban of 1994 was not renewed in 2004, under the Republican-controlled House and Senate.
In 2011 under Governor Rick Scott, local governments in Florida were banned from creating and enforcing their own gun ordinances.
The NRA supported Docs v. Glocks, a Florida GOP legislature that banned doctors from asking patients about guns in their homes, so they won’t advise gun safety to new parents. The GOP spent $1.1 million in legal fees to support this unconstitutional bill.
First, Florida passed the stand-your-ground law in 2005, then stand your ground on steroids was signed into law June 2017 by Gov. Scott, requiring prosecutors to disprove the defendants’ self-defense in a pretrial.
In February 2017, U.S.Rep. Dennis Ross, Rep.Daniel Webster and Senator Marco Rubio — all A-rated by the NRA — voted to allow those deemed ‘adjudicated to be incompetent’ by the Social Security administration the right to purchase guns. It was signed into law by President Trump, whose campaign received $30 million from the NRA.
After the shooting deaths of 17 students and teachers at Marjory Stoneman Douglas High School in Parkland, students and parents are demanding gun control legislation. In response, Florida passed a bill that covers waiting periods, background checks, increasing the minimum age to 21 for buying a rifle, arming school employees, bans of bump stocks but nowhere in this bill is a ban on the sale of assault weapons or large-capacity magazines, which were used in this massacre.
President Trump spoke of bans on assault weapons but is now talking about background checks and mental health. The U.S. House bill would turn our schools into fortresses but do nothing to ban the weapons of war used in this shooting.
Since our federal and state legislature have refused to address the actual carnage in our country from gun violence and hate crimes, voters must look to candidates who will work to unite us for the benefit and safety of everyone. Stop the NRA propaganda. Our government isn’t going to confiscate more than 300 million guns from law-abiding citizens in this country, nor are gun owners going to win a war against our military. Support legislation that bans assault weapons, large-capacity magazines and commonsense gun regulations to protect the citizens of this country from the lawlessness and greed of the NRA. It’s time for NRA lobbyists, such as Florida’s Marion Hammer, to retire and for the carnage to end.