From the Left-The Daily Commercial: Out of the darkness of tyranny rose the dawn of democracy Vicki Bush Guest columnist 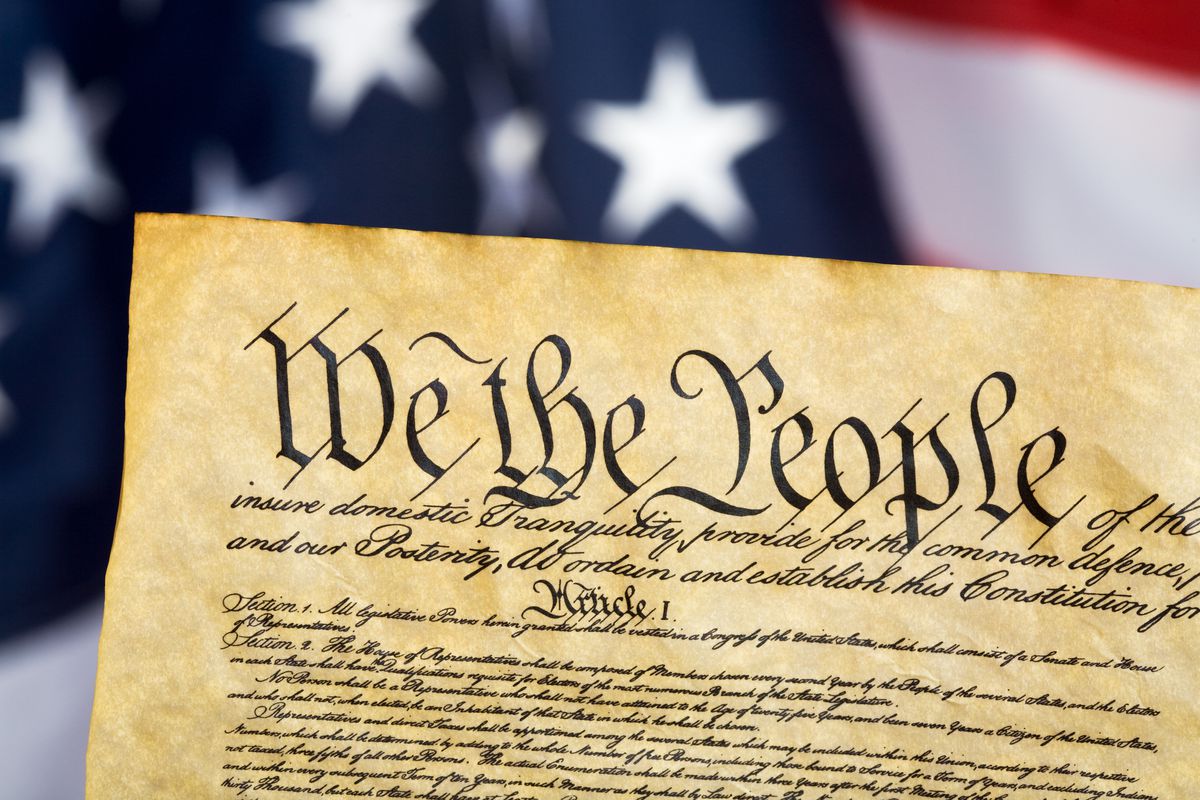 FROM THE LEFT-The Daily Commercial:

Out of the darkness of tyranny rose the dawn of democracy

Presenting itself as a great danger to our democracy is the national confusion, or spiritual forgetfulness, concerning fundamental values — basic human values such as respect, responsibility, courage, honesty, and trustworthiness. We are witnessing many of the people’s representatives failing to live up to America’s, and their own ideals.

In principle, the Founders believed in a distinction between liberty, or the state of being free in society, and deceptively taking license with those beliefs. In other words, insincerely giving oneself permission under the guise of freedom to be unethical, deceitful, and unprincipled without standards.

With no justifiable reason, relentlessly persistent “big lie” supporters continue to procure a fanatically frantic full court press of what began on Jan. 6 as an insurgent violent uprising against their own government, by definition, an insurrection. Rejecting the very Americanness of a majority of Americans, this anti-democracy petri dish of far-right autocracy is an unwarranted solution in search of a problem. Nothing more than a defensive response to white supremacy power in the hands of the few and the myth of the Lost Cause understandings of the past. Patriotism is the last refuge of scoundrels, indeed.

A divide-and-conquer strategy in conjunction with America’s history of racial division, suppression, gerrymandering, and redistricting has habitually settled in as an ongoing attack against multiracial democracy. Fundamentally at odds with constitutional integrity, where true statesmen swear an oath to uphold the office for the rights of the people of which they serve, the Republican Party’s sole purpose for future red state elections, if necessary, is to overturn those elections in their favor. That type of populist fascism is a faulty premise at best, and a regurgitation of white supremacist victimhood at the very least.

The purpose of the Constitution was to establish a government that remains faithful to the self-evident truths found within the Declaration of Independence, of which all men are endowed by their creator with certain unalienable, or absolute, rights which cannot be taken away.

Forced division, a type of apartheid, weakened the American colonial populace under the oppressive authoritarianism of Great Britain’s King George. For newcomer settlers, justice was in short supply. Not able to thrive in the new land in the way in which they had hoped, a fearless, resolute, and enterprising self-reliant future was debated and revolutionized. Even as division began to consume and chip away at the goodness of the American independent spirit — what President Lincoln would come to avow as “the patriots of seventy- six” — they stood indivisible and fought back against imperialism, mutually unifying to become the foundation for our democratic republic.

During the summer of 1787, men who believed in a divinity pledged their lives, fortunes, and sacred honor to structure and create America’s constitutional laws. Those framers using faith, reason, pre-existing law, and self-evidence set within the purist pursuit of universal truths, reached the conceptual understanding that all human beings are created equal in a unifying coexistence throughout time; a comprehensive communal generational rebirth still striving, with objective endeavor, to progress ever further toward justice.

More than aware that “the people” would have to accept what was put forward, or submitted, as the foundational democratic republic established code of the law, those practical politicians clearly acknowledged that the overwhelming percentage of voters were small farmers and mechanics, mostly middle class.

America’s Constitution was corroborated and consequently confirmed by compromising interests throughout the country. Litigated, disputed, and debated, the Constitution, under moral obligation, was advanced as law within a society shown to be inherently democratically ordained.

The men at Philadelphia’s Constitutional Convention did not hide their objectives in secrecy, nor did they arrange for a government that only they wanted. The framers were more than aware that it would be “the people ” who would ratify what came to be our country’s most sacred founding document motivated by what they believed, as well as what they would gain; mainly, the universal hope of acquiring property.

In time, America would show the world how democracies prosper and succeed. How we all deserve fair, safe, and accessible elections. How we check and balance branches of government for the security of liberty under the Constitution. How we inquire, question, and debate. And how our vision of an engaged and active citizenry keeps us advancing toward our best days.

Conservative constitutional scholar Walter Berns, having held an impassioned view of American democracy, believed that the “average American’s belief embodies the principles of the Founders” and is “the root of our patriotism.” He went on to express that, “when we pledge allegiance to the flag of the United States and to the republic for which it stands, we mean the republic that secures our rights.”

Democracy is a will of the people process — a way of making decisions based on the principles of constitutional law — and hopefully the results, or solutions, which come from those decisions lead to a certain level of wellbeing and happiness within our society. Our crucial test as a democratic republic is whether or not the people have the right, by majority rule, to make choices about the quality of their lives, whatever those choices may be.