FROM THE LEFT-The Daily Commercial: One citizen, one vote. Lesson on responsibility 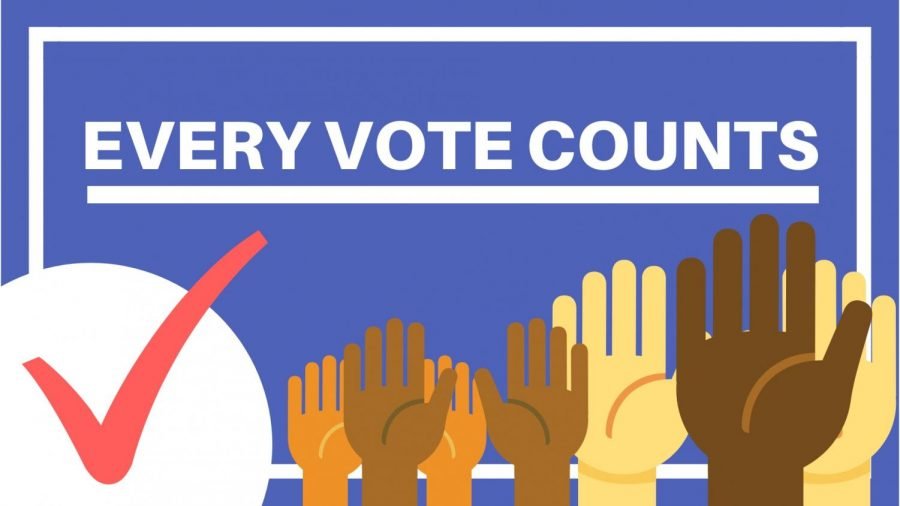 One citizen, one vote. Lesson on responsibility

Their eyes fixed on me. “One citizen, one vote!” I proclaimed, waving the voter registration form above my head. The 34 high school seniors eagerly leaned forward and finished their forms.

“This is the moment. Now it’s your turn,” I continued. “Please stand.” The students scrambled from their desks. “Raise your right hand and repeat after me. Listen closely to the words of the voter’s oath.”

I taught government and economics for 32 years at Mount Dora High School. This was the final time that I would register the senior class.

“… that I am qualified to register as an elector under the Constitution and laws of the State of Florida …” In the back of the classroom stood an official from the Supervisor of Elections Office, tapping a pen to his lips. He, too, was once a student of mine. He smiled, perhaps recalling his own registration years earlier.

At the oath’s conclusion I paused dramatically. Then, in my best baritone, declared, “Congratulations! You are now voting citizens of the United States of America!” Eyes widened. A spontaneous cheer went up. Unprompted applause fanned throughout the classroom as they turned to each other, smiling.

In the following weeks, students would run up to me, holding out their newly minted voter cards and proudly proclaim, “It’s here. This is real!”

For weeks we had studied the election process, researched issues and dissected party platforms. Students were also encouraged to politely discuss issues with their folks and explore their family’s views. The lesson’s culmination was their actual voter registration. Most classes ended up with roughly one-third each for Democrats, Republicans, and no-preference.

The excitement was contagious and optimistic. They reminded me of the beauty of America’s “one citizen, one vote.” My students intuitively understood the ballot’s elegance — that their vote is equal in weight, influence and power to that of anyone else — whether rich or poor, or powerful or ordinary. America’s egalitarian ballot is the greatest expression of the power of U.S. citizenship and being held equal before the law.

To fully realize the power of their new vote, I stressed some necessary conditions: participation, knowledge, accepting results, and preparing the next generation.

Knowledge. President Kennedy stated, “The ignorance of one voter in a democracy impairs the security of all.” A thoughtful citizen needs to separate the wild-eyed rumors and breathless conspiracy theories from the facts, data, and rationality.

Accepting the results. Following his loss in 1912, President Theodore Roosevelt swallowed some pride and looked toward healing our republic. He said, “Like all good citizens, I accept the result with entire good humor and contentment.” Every voter champions their causes. However, when an election is over and the last vote is counted, Americans accept the results — win or lose — with varying degrees of grace and dignity. If the vote didn’t go your way, simply say, “Well, I’ll see you at the next election.” When everything is said and done, we all remain Americans.

Future generations. My family and teachers stressed voting and good citizenship. Moving forward, each of us should encourage the youngsters in our lives and pass on the importance of civic duty, responsibility and civility.

In my last year of teaching, I reflected back on registering all those students for all those years.

I still see them standing tall with upraised right hands, reciting the voter’s oath. Perhaps some of them are reading this right now. It gives me great hope. It should give us all cause for optimism.

Frank Wood is a retired National Board Certified Economics Instructor and past Lake County Teacher of the Year. He taught 32 years in Lake County Schools.