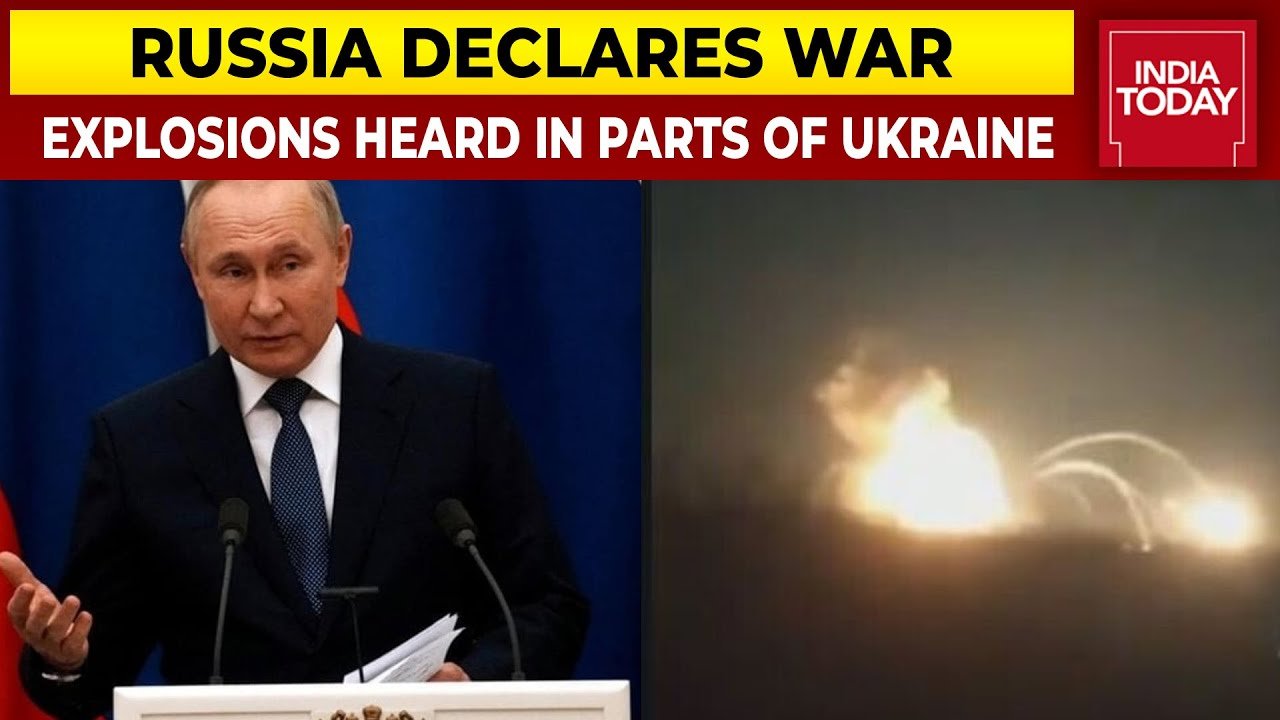 From the Left- The Daily Commercial: ‘Old Putin’s War’

Sometimes the “reality” of our ever-increasingly chaotic world calls us to step out of our normalized perspective. Not that it’s always a comforting exercise … just ask my old friend Noam. — John Heimburg

“We are all one people,” with this line he led.

“And you’ll rule them all,” said the voice in his head.

He gathered around him his oligarchs fine

“Our back’s to the wall,” he was heard to opine.

“We must move on them now. Our efforts can’t cease.

For after all, we’re just keeping the peace.

must not be allowed to join NATO, it’s plain.”

Joe Biden had told the old Putin, “Don’t do it!

Invading Ukraine, one day soon you will rue it.”

But the Putie was caught by the kind words instead

from his old friend the Donald and the voice in his head.

“You’re a genius,” said Donald, “and from where I stand,

two bucks in some sanctions and you get the land.”

Said the voice in his head, “You really are grand.”

Then Putin’s Yes Men ’round him he did call

to meet in a high and magnificent hall.

With him at a desk and them in chairs arrayed

a 30-foot distance his power displayed.

One after another they all did opine

how Putin’s great plan was a brilliant design.

His security man almost choked on the words.

With a smirk Old Poot said, “Speak up, man. Be heard!”

While the voice in his head said, “Get rid of this nerd.”

So he gathered his forces and sent them all south

to Kyiv where he hoped to punch them in the mouth.

But the convoy got stalled and some soldiers were lost.

The Ukrainians slowed them regardless of cost.

When a young Russian soldier was captured, you’d think

they’d have shot him or locked him right up in the clink.

But they gave him a sandwich and hot tea to drink.

And when he’d calmed down, a kind woman said, “Brother,

would you like to call home and say hi to your mother?”

The young man was touched and he broke down and cried.

His mom was ecstatic that he had not died.

As Putin invaded, the NATO did urge,

“We must help the Ukrainians fight off this surge.”

“You know that my Russia’s a nuclear power.”

So they offered Zelensky a ride out of there.

“Just give me some guns,” he was heard to declare,

“and keep Russian bombers right out of our air.”

But while Biden and NATO both wanted to help,

the threat of those nukes kept their MIGs on the shelf.

“Here are some old Russian systems,” they said,

“so you can do your own air defense instead.”

But while waiting for air systems to be deployed,

Ukrainian cities were being destroyed.

“If I can’t have Ukraine,” thought Old Putin with glee,

“then I’ll lay it to waste so the world will fear me.”

“And if you can’t be great,” said the voice in his head,

“then perhaps all humanity’s better off dead.”