From the Left- The Daily Commercial : M-CORES options for new highways threaten another environmental debacle 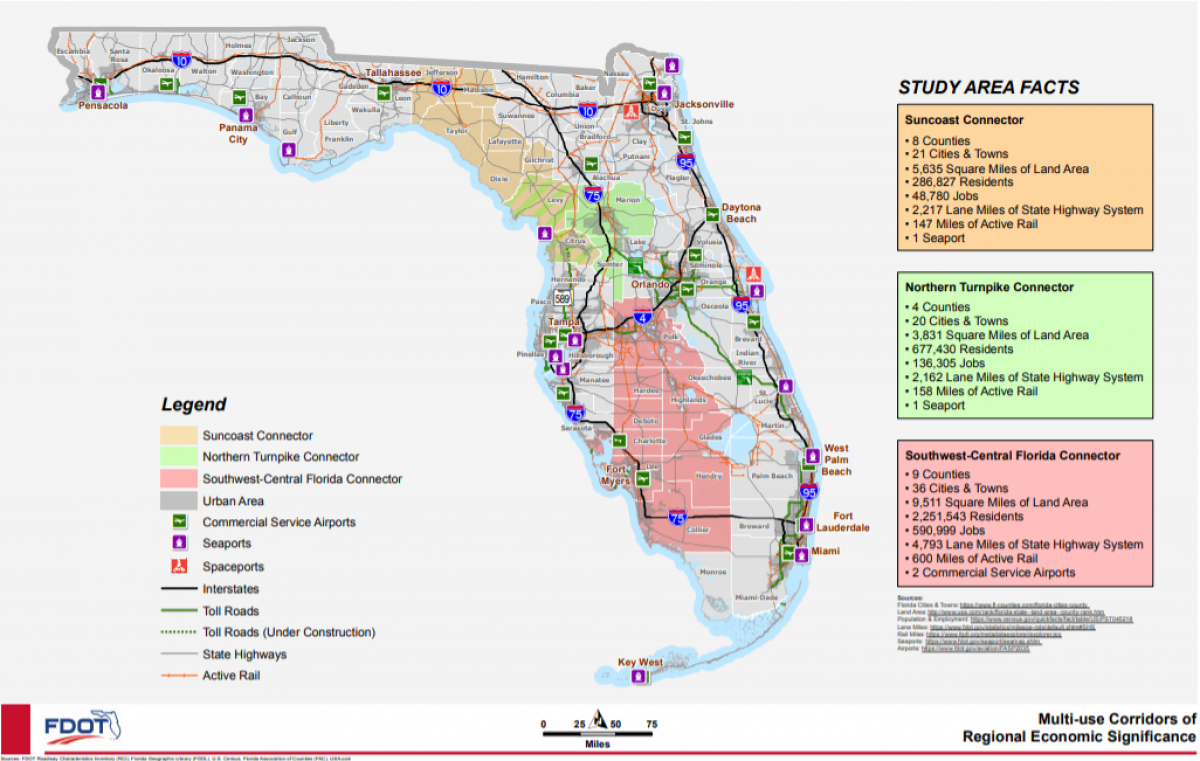 While we are all distracted by the coronavirus, and rightly so, we are losing sight of what other disasters are awaiting us especially with the legislature scheduled to meet in a few months.

We have known for years Florida is at the epicenter of climate change on many levels. To make things worse, in 2019, the Florida Legislature considered an idea sponsored by Senate President Bill Galvano and his allies to build a project consisting of three toll roads called Multi-Use Corridors of Regional and Economic Significance Program (M-Cores), claiming it would be a benefit to the state.

This project would traverse a total of 330 miles of roads through uninhabited wilderness and farmland. Unfortunately, these roads will endanger and destroy large expanses of Florida’s remaining rural lands, encourage unfettered growth, pollute waterways and threaten not only the habitat of the black bear, but annihilation of the Florida panther.

To their credit, the Florida Department of Transportation invited several environmental groups to participate in the three task force studies and requested they provide recommendations to the department to minimize potential harms to these rural communities and to protect environmental resources.

The task forces agreed to participate in the planning and worked tirelessly evaluating the need for the roadways, benefits to the areas, as well as the harmful impacts. Unfortunately, at the outset, it was made clear the task forces would not have a final say as to the actual transportation need, nor the financial feasibility of the roads. However, they embarked on the tasks with the hopes of abating damage caused by the project.

The task forces determined, based on the information available at thetime, there is no specific need for completely new toll roads (“greenfield”) or modifications of existing facilities through the study area. In fact, the report stated: “there is a preference for improvement or expansion of existing major highway corridors.”

There is no reason to believe a delay in the feasibility studies scheduled to begin this year will occur, or whether any consideration will be given to the reports establishing recommendations and guidelines for FDOT to follow. These are paved and toll roads that the state’s own transportation, planning and environmental experts have said are not needed.

The government relations director of the Florida Conservation Voters, a group protecting water and conservation lands, called the process “rushed,” saying M-CORES needs more data and meaningful public input. The No Roads to Ruin Coalition, another opposition group, says the final reports “are nothing to celebrate,” and called the process “flawed.”

“The governor and Legislature, based on erroneous claims, believe the creation of unnecessary toll roads are the path to economic prosperity, safety, and environmental protection,” No Roads to Ruin Coalition said in a statement.

Since time and resources are at a premium because of the pandemic, spending any more time or resources on M-CORES comes at the expense of completing a backlog of water quality and transportation infrastructure. These upgrades are necessary to address Florida’s rapidly growing population that depends on the environmental and agricultural resources that will be destroyed if these roads are built. The Nature Conservancy calls it an “existential threat.”

Agriculture Commissioner Nikki Fried believes the roads will “destroy millions of acres of farmlands, state forests and wetlands in their paths.” As for who is going to pay for this? Well, the twenty-four billion dollars is a lot of money, especially during this time.

Where do we stand? In addition to extensive public input, the task forces are promoting significant accountability in the process, so let us hope they succeed.

Spending any more time or resources on M-CORES comes at the expense of completing a backlog of water quality and transportation infrastructure.