FROM THE LEFT- The Daily Commercial: Leadership is lacking in these challenging times 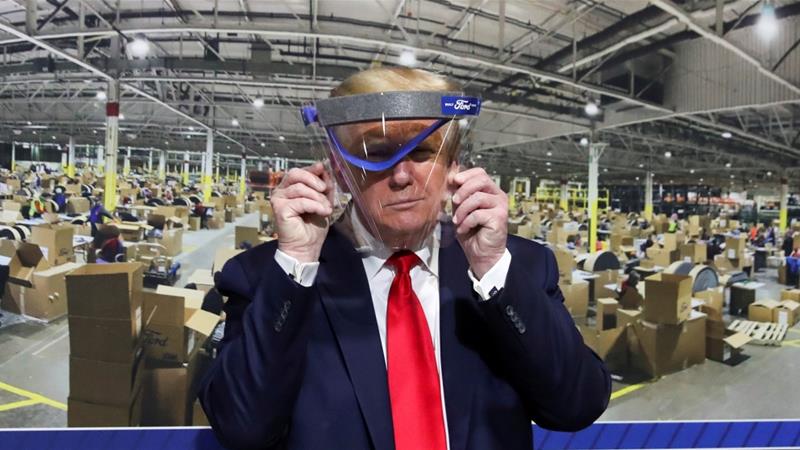 Leadership is lacking in these challenging times

Our nation has faced some exceedingly difficult times in its history, the worst being the Civil War, the two world wars and the Great Depression.

We were fortunate to have Abraham Lincoln as president during the Civil War. He did not come in as a great leader, but is remembered as a great leader because of how he led the nation through this difficult time.

His death before the war ended left us with a weak leader in Andrew Johnson. The lack of great leadership after the war allowed the Ku Klux Klan to form and Jim Crow laws to become the law in the South.

Confederate statues and monuments erected from 1890 to 1929 are a divisive presence today.

Today we have a confluence of problems facing the nation on a scale never seen before.

It all starts with the COVID-19 virus coming to our nation. How it got here or where it came from is open to debate. Once here, it was the responsibility of our government to deal with it.

There is no debate about the fact we were ill-prepared to deal with a pandemic of this magnitude. For starters we had disbanded the White House office for pandemic preparedness. Yes, take a minute and let that sink in.

While many medical experts with knowledge of viruses and pandemics raised early alarms, our president downplayed the threat, calling it a hoax perpetrated by the Democrats. In fairness to the president, he calls almost everything he does not agree with a hoax.

The president formed a task force to deal with the virus on March 10, headed by Vice President Mike Pence to report to him. This raised some concerns by medical experts that a politician would lead the task force, instead of a medical expert.

The task force held daily briefings, during which Drs. Deborah Birx and Dr. Anthony Fauci played prominent roles, with their backgrounds in dealing with pandemics. The briefings drew high television ratings, which drew the attention of the president.

So, he started attending and replaced Pence as the de facto leader and answered questions from reporters.

His combative style led to combative exchanges with reporters and eventually led to the task force not meeting for several weeks.

The task force did promote guidelines to follow to control the virus and standards to be met for reopening the nation. The basic guidelines of wearing a mask, social distancing and avoiding large crowds were all undercut by the president, who refused to obey any of them.

The mixed message has polarized the nation into two groups: not wearing a mask showed support for the president, while wearing one meant opposing him.

The stimulus money appropriated by Congress and doled out by the administration will go down in history as the biggest boondoggle in our history. Every $1,200 check sent to everyone contained a letter on White House stationary as if it were a gift from the president.

Why people like myself, who were not affected by the economic downturn, should get the money defies logic — especially when considering we have a more than $26 trillion national debt.

When the full extent of the corruption involved in doling out the trillion dollars to businesses is exposed it will shock us. It was used as a campaign slush fund by the administration. In Florida, the unemployment compensation fund became a nightmare.

To add to our woes, a policeman in Minneapolis ignited a culture war, the likes of which we have never seen. The president failed to offer any kind of response that would quell the unrest.

The Confederate flag and Confederate statues became one of the battlefields this war is being fought on. Unfortunately, the president again picked the wrong side to be on in this culture war. He does not realize the Civil War ended with the South losing.

It raises the question: What type of a president would line himself up with the lost cause of the Confederacy? I believe it takes someone that is unaware of the horrors of slavery — like the way slaves were captured in Africa and the conditions on slave ships, where the smell was so bad it could be smelled hours before the ship arrived. Or the slave auction blocks at every port, the slave patrols, the whippings and rapes.

We have a president whose knowledge of slavery and the Civil War seems limited to recently acquired knowledge that Lincoln was a Republican.