FROM THE LEFT-The Daily Commercial: Labor is taking some huge hits 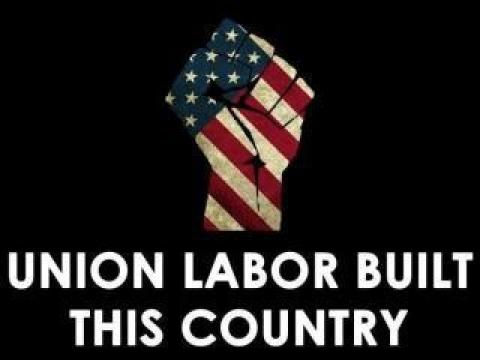 Labor is taking some huge hits

Labor Day stands as the most overlooked holiday on the calendar. Long regarded as the last breath of summer, it gets lost in back-toschool sales and final trips to the beach, but the significance of Labor Day cannot be overstated. It is a celebration of the life’s work of most American citizens.

When we think of labor, our mind usually goes to brawny construction workers. It is that to be sure, but it is all of us.

It is the single mother checking out groceries, the lineman restoring your electricity after a storm, firemen, policemen, teachers, nurses and the mailman. All of the people working for a paycheck that make our economy hum.

Many also think of organized labor: labor unions. Labor is constantly under assault from Republicans because they decided long ago to hate unions. Every privilege that you enjoy in your work life today, a 40-hour work week, paid vacations, weekends, paid holidays, workplace safety, has been given to you because some union fought, bled — and yes, even died — to make it so.

Labor has handed us our middle class. It is the middle class that has always paid the bills in this country. The rich refuse to pay taxes and the poor cannot pay, therefore the financing of all of our government is paid for on the backs of the hard working middle class.

During the Trump administration, labor is taking some huge hits. Trade policies have wiped out a lot of the farming industry. The mishandling of the coronavirus has led to the largest unemployment numbers since the Great Depression.

Some politicians claim people are making so much money collecting unemployment that they don’t want to go back to work. But to collect federal benefits, you have to get on the state unemployment rolls and most have been severely botched, especially Florida, whose own departments statistics claim that hundreds of thousands of people have waited weeks and even months for benefits and that 1.7 million eligible applicants are still waiting.

This massive downturn in our economy and the fiasco that it has been to our country’s working class could be the demise of the middle class — you know, the ones that pay the country’s bills. As jobs have vanished, this could also be used as an opportunity to finish off worker’s rights. Those hard fought and long ago won battles for weekends and holidays would have to be fought once again. And Republicans are not immune. These are not right versus left issues, but right versus wrong.

Also part of our labor force are federal workers. Our government is run by dedicated career workers who make all of the complex parts of our country work. Until Trump came along and fired a lot of them.

He placed Postmaster General Louis DeJoy in charge of the huge Postal Service, an extremely wellrun organization that employs over 100,000 veterans and efficiently visits every address in our entire country every day. DeJoy was hired to take the wheels off of the post office by a president who decided that if people wanted to avoid coming in contact with a wildly contagious pandemic that he personally was ignoring by voting through the mail, he would lose the election. I’m not making that up, he said so out loud.

Next Trump has decided to “defer” the payroll tax for 12 weeks. The payroll “tax” or FICA is the weekly withholding from your paycheck that goes into an insurance fund for Social Security, Medicare and disability. Your contribution is matched by your employer. Large employers would like nothing more than for this to go away. But for now it is only deferred, meaning that you still owe it, just have to pay it later.

It’s like a little gift from Trump that he’s charging to your credit card. Now what could be happening in 12 weeks that he would want to do that for? This could be the beginning of the end for Social Security, already weakened by huge unemployment numbers.

Labor Day is an opportunity to thank the working class and recognize their struggles in a particularly hard year. It is also a time to recognize that America is exhausted. Labor, our economy, social security, the post office, the unemployed, our entire country cannot take another four years of President Trump.