FROM THE LEFT-The Daily Commercial: Knowing keeps us free 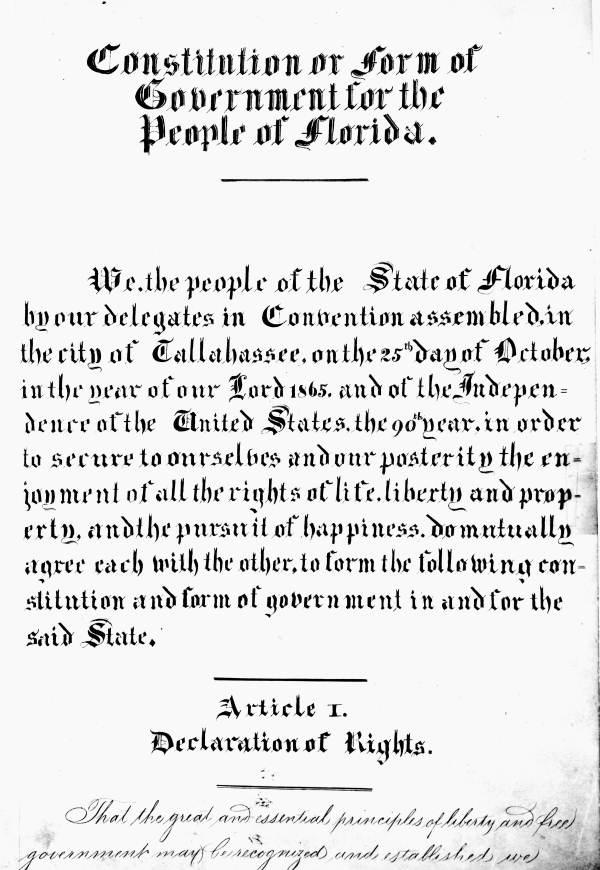 FROM THE LEFT
Knowing keeps us free
As Florida prepares for the new 2019 legislative session, let’s remind ourselves to stand sentinel in our defense so as not to become beguiled into an ambush of Trump Administration directorial policies. Recent campaign rally cries touting far right white nationalist dog whistle language, either blatant or on the down-low, has allowed xenophobia to spew forth on open tap.
I wish it could be explained, emotionally or logically, how racism, bigotry, bullying, disgust, greed, torture, revenge and pure hate all bear witness to a loving God. It appears as if abject fear of power falling into the hands of any minority has broken many brains.
That needs to change.
We must bear in mind that our state representatives are just that — representative; of the people, all the people, all Floridians. Their oath including, “. . .to devote myself to the service and well-being of the people.”
The well-being of the people. That would seem to include a healthy mind and body — being somewhat content, living a purposeful life with less stress and more joy.
The newly elected official’s oaths, given and received, are affirmations of service to all the people of the great state of Florida — not just for the few, and not just for that one individual billionaire with deep pockets. Decades of embedded campaign rally rhetoric, from raising your taxes to immigration and guns has successfully kept constituencies in line. It’s always about keeping the power in the hands of the self indulgent worthy few and selling it as “freedom” to the rest of us.
And let’s face it, billionaires always know what’s best for us, right? “Old man wants to be rich, rich man wants to be king, and a king is not satisfied until he rules everything.”
Because, you know, it all trickles down.
We should expect newly elected and first term Gov. Ron DeSantis to serve the state as a complete entity. Having already found himself in the deep end of the pool with one major debacle under his belt – the quick resignation of Seminole County Supervisor of Elections Michael Ertel as Secretary of State.
Voters must ask themselves how confident they feel in DeSantis’ ability to swim on his own merit, especially when he gets in over his head. Will he kowtow to billionaire donor dollars and alt right “radio nowhere” gibberish or will he step up to the plate with clear and concise insight and volition to support policies that show consideration for all Floridians.
Since our governor has set in motion ‘forward- thinking ideas’, such as pardoning the Groveland Four — although, for what may be obvious reasons to some, took seventy years of consternation and reflection — we expect him to fight for those policies he has prioritized when the Florida legislature comes to session in March. Tribal and divisive politics should be left aside.
Tribal and divisive politics should be left aside.
Let’s start by reminding ourselves that early childhood education works and should be funded as such.
Remember that receiving a living wage rises us all to a level of a better America. And always remember that mother earth gives us an abundance of clean water and that it is by our own hand, through greed, cruelty or ignorance, that it becomes polluted — let’s fix that now.
Let’s move offensively on commonsense gun safety and background checks. Let’s never forget those Floridians who have lost their lives to gun violence and that the deaths at Orlando’s Pulse nightclub are no different from any other grievous death, which leave us heartbroken for those lost souls.
We also expect to see less delay and more forward movement on the passage of Amendment 4, the voter restoration initiative which restored the voting rights of up to 1.5 million felons. Once a debt is paid, it’s paid.
Let us remind ourselves that affordable healthcare makes for a more productive worker constituency, in mind and body. Let us not forget that pharmaceutical opioid addiction has now been outed as a greed-driven scheme planned with insolent impunity and now justice must be served.
Let’s remember that infrastructure appears to be in a perpetual holding pattern.
To truly govern this great state we need a respectful nonpartisan approach that shows sincere across-the-aisle commitment — a pledge to allow Florida to move forward with an understanding to restore and stabilize what we all have in common. Injurious language must fall away. Bad faith policies and bad faith actors that produce those policies must work “in the sunshine.’ And as constituents, let’s not just glance at a headline or a policy title, let’s read the article and understand the policy so that advantage may not be taken.
As voters, we should push back on irrationality, push back on efforts to divide and tribalize, and most importantly push back on manufactured outrage to validate hate. Always be a critical voice if the times call for it.
Our Florida elected officials and representatives should understand and consider this; as a many facetted voting constituency, we eagerly accept the challenge. 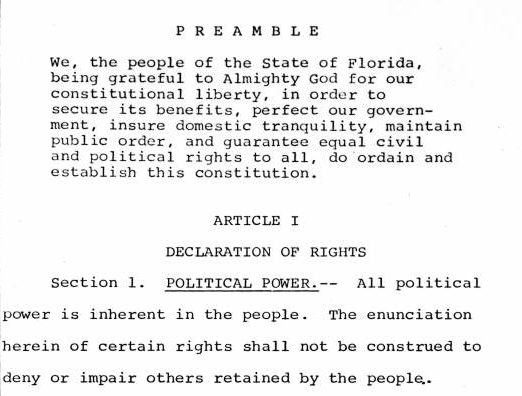