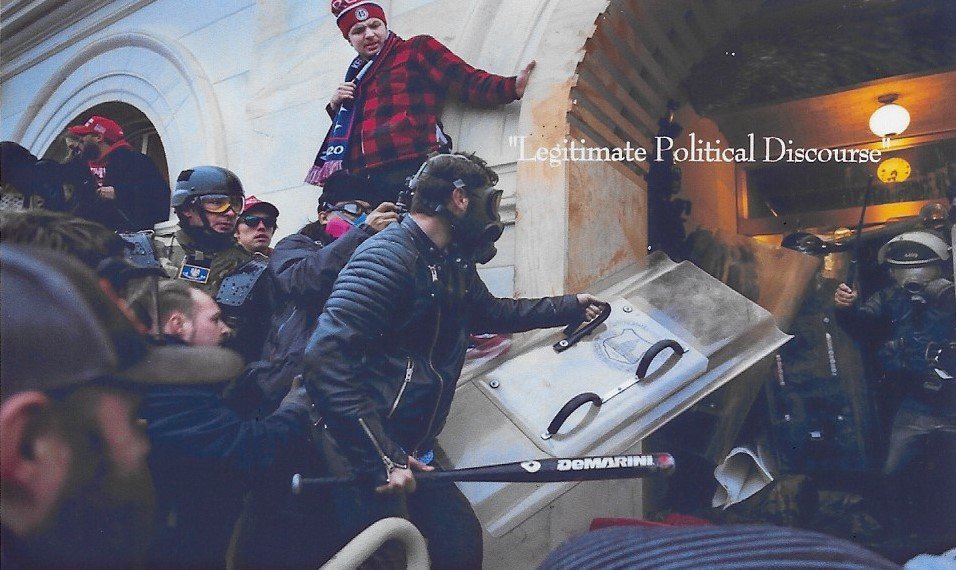 We saw the grimacing, snarling and twisted faces shouting threats through bullhorns as they flailed and screamed. We saw a surging mob attack police officers, American flags used as weapons, and chants to kill the vice president.

We saw antisemitism and racism from many in the mob. We saw the vandalism. We saw the attempt to stop a constitutional duty required of Congress.

We saw it. The whole world saw it, and suddenly the United States — long a beacon for free and fair elections — looked like a third-world nation teetering on the brink.

So why did those folks attack Congress, vandalize our Capitol and diminish America in the eyes of the world? Well, they lost an election, swallowed a Big Lie and couldn’t be mature enough to say, “See you at the next election.”

Let’s be clear: The insurrectionists were summoned to Washington by the former president. They were deliberately inflamed with speeches and pointed toward the Capitol. They were unleashed. Then they attacked.

Was the 2020 election stolen by some improbable, clockwork-like conspiracy? Let’s apply some clear-eyed objectivity.

This was without doubt the most scrutinized, observed, dissected, audited, inspected and examined election in United States history.

There were 62 court challenges brought by the former president’s legal team, led by Rudolf Giuliani. Sixty-one of those cases failed, including two trips to the U.S. Supreme Court. Again, scrutiny was applied and no fraud was found. Nothing was found except for the Big Lie.

Audits and recounts were conducted. In the six battleground states, an Associated Press review of the audits found fewer than 475 attempts at fraud out of more than 25 million ballots cast in those six states.

Some states conducted multiple hand recounts that all confirmed the earlier results.

The Trump administration’s Attorney General Bill Barr said, “… to date, we have not seen fraud on a scale that could have affected a different outcome in the election.”

Chris Krebs, the Trump administration’s Homeland Security official in charge of election security, said, “The Nov. 3 election was the most secure in American history. … There is no evidence that any voting system deleted or lost votes, changed votes or was in any way compromised. … We have the utmost confidence in the security and integrity of our elections, and you should, too.”

Here in Florida the governor lauded the Sunshine State’s election system. He said, “The way Florida did it, I think, inspires confidence.”

Yet even with all of that, you may recall recent demands from the Lake County Republican Party that Supervisor of Elections Alan Hays should be forced to recount Lake’s 2020 vote. To his credit, Hays told them to produce evidence of any fraud. They have not done so. Hays then pointedly said, “Put up or shut up.”

In short, 2020 was the most scrutinized election in history. There is no evidence — zero — of mass election fraud.

Why is this happening? Why did these foot soldiers of the Big Lie, with now more than 770 arrested, allow themselves to be duped by the ultimate Patron Saint of Poor Losers?

In the face of all of the verifiable evidence, the Big Lie is a case of willful ignorance, self-radicalization and cult-like following. The Big Lie is designed to mollify only one very fragile ego.

Finally, how should thinking Americans react?

First, let’s always model the behavior we expect from others. Insist on civility. Require good manners. Second, speak up, run for office and get involved. Third, use verifiable evidence from reliable sources. Insist that others do the same. Fourth, insist that the Jan. 6 perpetrators — whether small or big — be held to account for their behavior. Finally, as Americans, resolve to preserve our constitutional republic, the rule of law and the ideals of America.

History is watching how we meet these times.