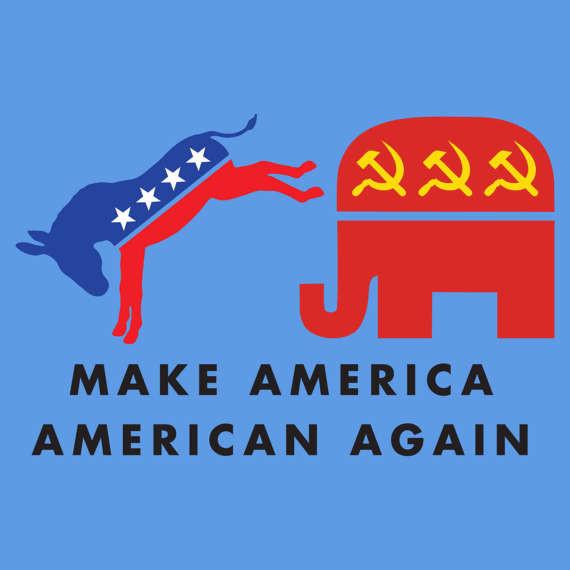 It’s time to make America, America again
FROM THE LEFT
Once upon a time we lived in a great country. Since the election of Donald Trump (contrary to his MAGA) we have deteriorated from what we were and what we are supposed to be as a country.
When the first settlers came to this land, most were looking for a better life. People from Europe came to this country to increase their wealth, escape religious persecution and to broaden their influence. As early settlers began to settle and flourish with the help of Native Americans, the country of 13 colonies began to take shape. By 1770 there were approximately 2 million people working under British rule. Because of our independent nature, our forefathers fought for and won the right to be a free and prosperous country.
While the growth of some infringed on the rights of others, we began to fight for civil rights and opportunities for a broader citizenry. This period brought about the ugliness of our country. The country went through these periods and became a better place for most. As the Industrial Revolution began, the middle class became larger, their expectations grew and more people wanted a part of this great country.
There were a few setbacks for the country.
First, we had the Civil War that tore the country apart. There was the Great Depression and World War II. Out of these struggles, because of a willingness of all, we became a great nation.
The Glass-Stegall Act was passed to protect our citizens from corruption. Programs were created by FDR to get America moving again.
The New Deal created programs that not only helped our nation survive and recover but led to a more prosperous nation.
These programs provided relief for the poor and jobless, recovery of the economy and reforms of our financial systems that protected us from further depressions.
America prospered and became a power beacon that was respected by all.
We became a country of values. We opened our doors to thousands of immigrants seeking safety and a better life. We came out of WWII working together with the understanding that the poor would have opportunities to move up, those discriminated against would have opportunities to “sit at the table” and grow.
We believed that together we could build and have a better tomorrow.
From the Eisenhower years through the Clinton years, we were a great country. What happened? Slowly we became more divided, we stopped being a welcoming country for immigrants, we stopped providing opportunities for our citizens. There are many things that we can look at to see where we began to change. We can start with the election of 2000, where a Supreme Court decided to give the presidency to George W. Bush. We look at the attack of our country on 9/11. We can look at the Iraq war or the Great Recession of 2008. All of these have torn at the fabric of this country.
While all the above have played a part, the election of Donald Trump and his incompetence has led to a place where we are no longer the “Great America” we once were.
Internally, we are as divided as we ever were.
Too many of our citizens are not participating in a growing economy. We are no longer respected by other countries and we no longer treat immigrants respectfully.
When a president spews racist remarks, disrespects other countries, breaks treaties, cozies up to our enemies and threatens countries with war, we have lost our way.
We need to become that country where our citizens treat each other with respect, provides opportunities for all, one that opens our arms to immigrants, a country that respects civil rights of all, a country that is respected by other countries and one that elects leaders who knows and understands American history and its values.
It’s time to make AMERICA, AMERICA again.
Gary  Clark