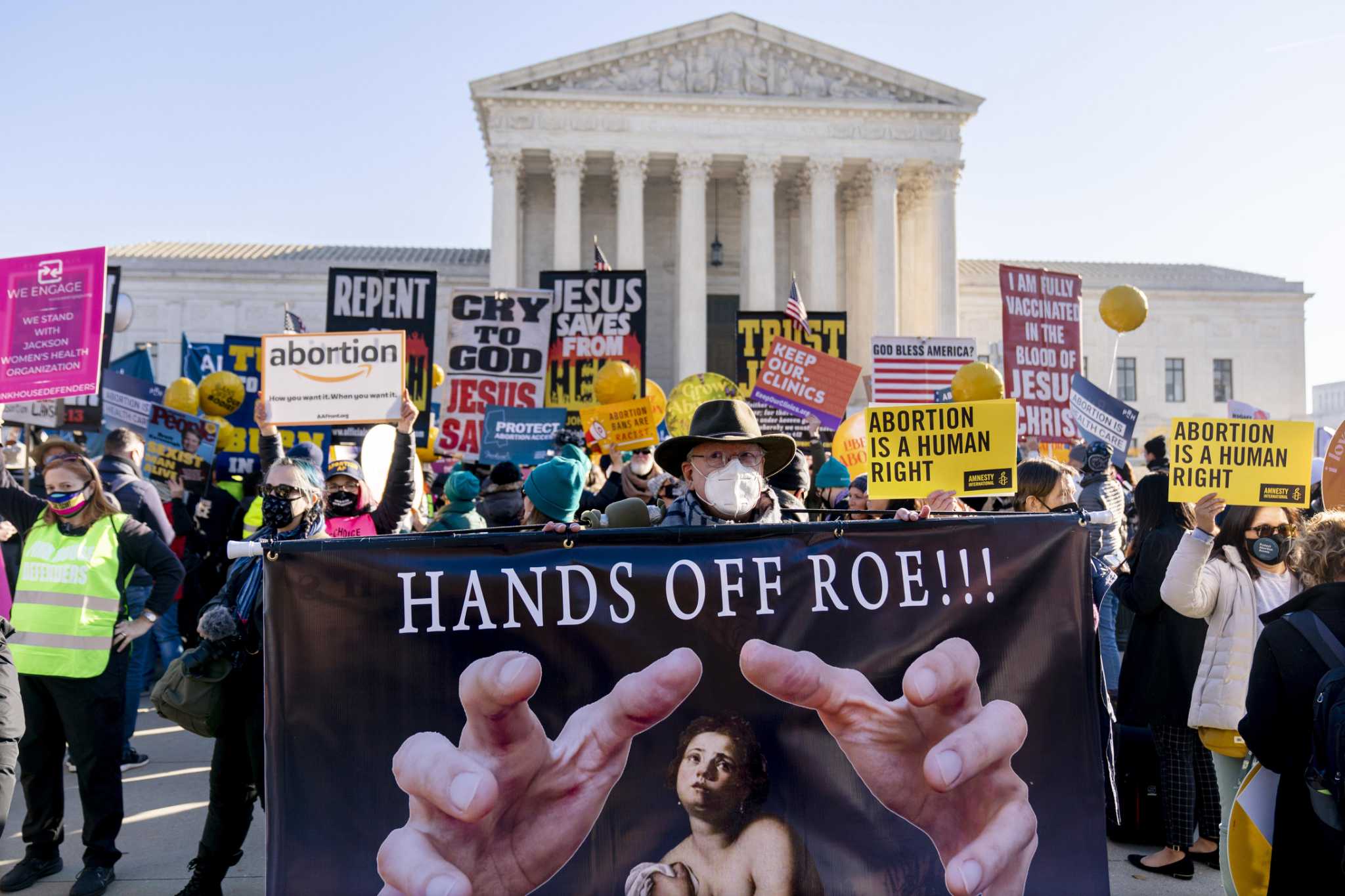 About terminating pregnancy (also known as an elective procedure): A fertile-aged woman can have one pregnancy at a time while a man can impregnate many for many more years. So, why are we not regulating men’s bodies? Yeah, just as ridiculous as regulating women’s.

Outlawing a woman’s right to her body doesn’t stop abortions; but for those who seek an abortion it does further endanger their lives. If life is sacred, I guess you would not abort the little darlings from the 1979 movie “Alien” or the 1968 movie “Rosemary’s Baby.” Children die daily from illnesses for which there are inoculations as recalcitrant parents defer to religious faith.

Wait until a white evangelical is knocked up by an Islamic extremist and see what pro-lifers think of anti-abortion then.

I suspect early humans experienced miscarriage with regularity. There is still a high percentage today. Imagine the population of Earth if all pregnancies resulted in a birth.

To survive, Homo Sapiens have been killing lowercase animals and plants for hundreds of thousands of years. The justified-homicide list is endless. We have killed other humans for any number of reasons: unjust and unnecessary wars over land or differences in systems of government, witchcraft, religion, non-religion — you name it; it ain’t new!

Certainly the government murdered many people while relocating indigenous first Americans and the hundreds of thousands of people (many innocent) murdered via our judicial system.

Clearly, if life was sacred, health care would be a human right not left only to those who can afford it. Insurance companies would not deny life-saving procedures and the government would enforce clean environmental regulations. The street gangs and petty thieves would stop the constant annihilation of blameless victims.

If life was sacred, 70 million people would not be refugees on this planet, fleeing for their lives from dictatorial regimes who do not hesitate to kill. Religionists would not devalue this life by saying the “after life” will be so much better. Or, at least for a few of us, it will be. If human life is so sacred, why is animal cruelty despised more than human cruelty? Human trafficking, anyone?

Sacred should mean precious and scarce. If life was so sacred, there would only be a few people, not billions of people. We would have no wars, no inquisition, no crusades, no death penalty. We would provide for those who are food- and clean-water deprived. Do we think some human lives are more sacred than others? Were slave lives considered sacred by slavers? Isn’t all life supposed to be sacred? We should want all people to be happy and enjoy a full life, not just a fortunate few.

Why do we humans have the audacity to think our life is more significant to the vastness of the universe than any other life form? The 18th century philosopher David Hume said, “The life of a man is of no greater importance to the universe than that of an oyster.” Truth be told, the life of a human is no more significant to the cosmos than the life of any of creation. Plants and animals also have life. God-given life. We thoughtlessly take the life of plants and lowercase animals for our own use. Lifeforce energy comes and goes continuously. All plant and animal life on Earth is temporary and fleeting. Considering the Earth is probably 5 billion years old and humans a few hundred thousand to a few million years old, we are just a blip in time.

If life is sacred, the value would not end immediately after exiting the birth canal, but we would value life from that point on and not end its value at birth! “Now that you are born, good luck, you are now less valued by pro-lifers.”

Be pro-choice at conception and pro-life at birth. Life is joie de vivre … but not sacred.