FROM THE LEFT- The Daily Commercial-Immigration policy once enviable, now despicable 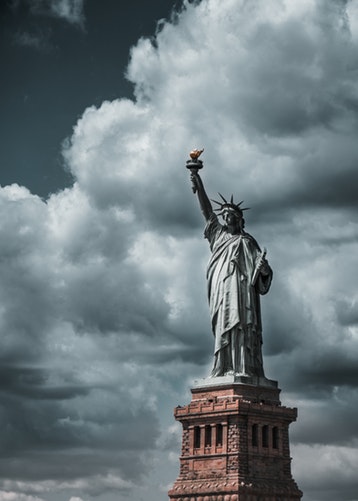 IMMIGRATION POLICY ONCE ENVIABLE, NOW DESPICABLE
FROM THE LEFT
Immigration and policies to deal with it have been around to some degree since the 1600s.
Administration after administration has dealt with this issue, but there has not been a serious policy since the Reagan administration. The current administration’s approach shows us as a nation with “zero tolerance” for people seeking the freedoms our country offers. This administration is showing actions of Third World dictatorships.
We as a country have experienced waves of immigrants since the first part of the 19th century through the 1920s. Then, like today, immigrants came to America to find religious freedom as well as economic opportunity. From the 17th to the 19th century, massive numbers of Chinese came to this land, as well as hundreds of thousands of Africans who were bought to America against their will.
From the earliest days of our history, we have been a destination for immigrants. Beginning in the 1500s, Europeans, led by the Spanish and French, began establishing settlements that eventually became large parts of the United States.
Immigrants fled their country seeking freedom and opportunity, as well as to escape violence and oppression, such as that suffered by Germany’s Jewish population under Adolf Hitler. If we, as a country, had taken the approach toward Germans and other oppressed people of Europe during that time that is being taken now for those trying to escape similar conditions, many of you, your parents or your grandparents would not have become Americans, and possibly some would not have survived. Like your earlier relatives, immigrants trying to come into this country now are seeking a better life for their families.
One example of how immigration is important to our country and an advantage for Americans: It helps to fill necessary jobs that our citizens are often unable or unwilling to perform.
Immigrants are necessary for us to maintain our way of life. There are roughly 10,000 people leaving the U.S. workforce daily due to retirement of baby boomers. We are not having enough children and, consequently, do not have enough younger workers to fill this void.
There are now over six million jobs that cannot be filled by our citizens.
By not filling these jobs, programs such as Medicare and Social Security are jeopardized. If there is no one to do the work, then we reach the point where there is no money to fund necessary services and no income to keep our economy growing.
Approximately $1 trillion dollars is disbursed each year to recipients of Social Security. If there is no one working and paying into these systems, they will go broke.
Immigration is a necessity. It is of the upmost importance that we begin treating immigrants that are here with respect and kindness. We need to pay them fairly. We must treat those who want to come here with open arms and the respect they deserve.
Some day they may be the ones who keep our way of life sustainable.
It is despicable how the Trump administration is treating immigrants that want to come here, with actions such as separating adults from their children and calling them criminals and murderers.
These types of actions show them and the rest of the world that we are no longer a shining beacon of freedom and opportunity.
Let us not forget the words inscribed on the Statue of Liberty: “Give me your tired, your poor, your huddled masses yearning to breathe free. The wretched refuse of your teeming shore. Send these, the homeless, tempest tossed to me, I lift my lamp beside the golden door!”
With the actions taken by this administration, those words no longer ring true. They have made America an embarrassment throughout the world. We are better than this.
GARY CLARK