FROM THE LEFT- The Daily Commercial: Hard to keep up with the dysfunction in the White House 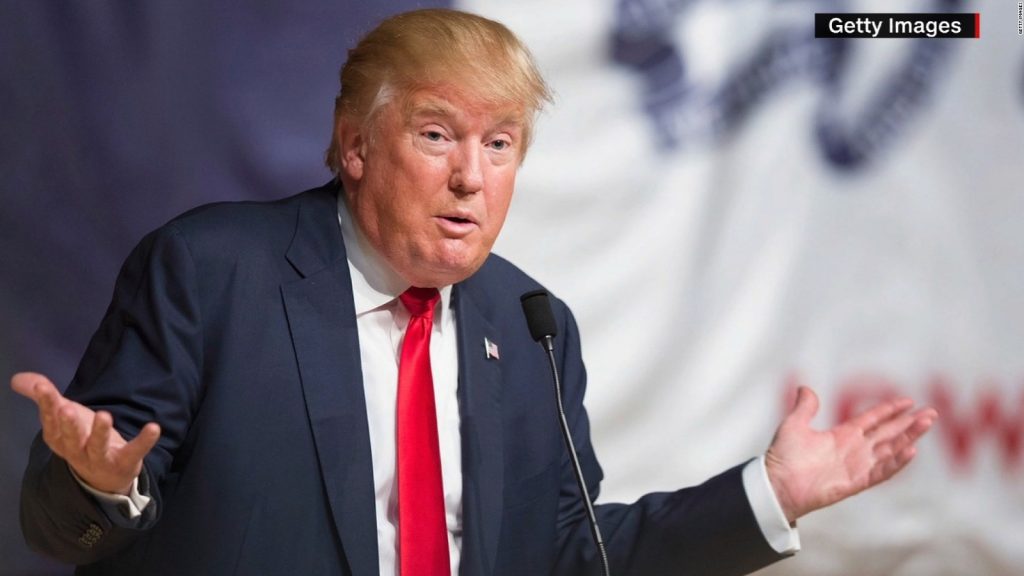 Too much dysfunction, lies, scandal, corruption, obstruction, collusion and Stormy Daniels emanate from the Trump White House that it is impossible to keep up. It is like trying to contain liquid in a sieve.

It is difficult to know where Trump stands on an issue for more than one news day because he is apt to contradict himself in the same sentence.
The president was taught early on by Roy Cohn to lie aggressively, rebuff criticism and to double down when caught. His penchant for lying will trip him up if he ever testifies under oath. If the way this part time- full time-golfer-president orchestrates his administration is reflective of his business administration, no wonder he has been hauled into court and successfully sued so often.
The president’s supporters love to point to his “successes.” He got a Supreme Court Justice and signed a tax bill that has to yet be proven beneficial for most Americans; I hope it does. As the president says, “We’ll see what happens.” Trump is riding the economic wave started under his predecessor, President Barack Obama, who had the responsibility to bring the United States and the world economy out of the great recession brought on by Wall Street, robbing Americans of life savings, in financial ruin and economic chaos. And now a trade war?
This administration has rolled back safety regulations that will put Americans’ physical and financial health and even lives in jeopardy, but, like insufficient health care and sexually assaulting females, it is apparently a Republican family value. The extreme weather denier is brain-dead to the rise in sea levels even though Antarctica and Greenland are shown by 25 years of satellite photos to be accelerating.
We’ll never see those promised tax returns that apparently the brightest minds and best software at the IRS cannot get a handle on. They are too damaging and incriminating. The office presents too much exposure. There will be more scandals at the White House or this administration; Trump’s finances and taxes will cause him to resign the position of president of the United States.
The president’s character is best known by his past. He brags about abusing and assaulting women and finds no fault with other creditably accused abusers even when faced with evidence compiled by the FBI in the example of Rob Porter.
He has sycophants in the White House who do not have the required FBI clearance to have access to national security documents. Who knew working in government would be so demanding? These people need to lawyer up because so many clearance snafus indicate these people are dishonest and flawed. I have been through it, it doesn’t take years. Trump is guilty of mishandling the nation’s security. “Lock him up, lock him up, lock him up!”
He promised to drain the swamp of Wall Streeters and lobbyist. He has drained them directly into the White House he calls a dump. His administration is rife with supposed fiscally conservative cabinet secretaries who “can’t recall” when testifying, and love to live lavishly on the taxpayers’ dollar with expensive and questionable travel. Their actions reflect those of the president because they too appear to enrich themselves by public “service.”
His please-be-my friend, Vladimir Putin, according to the intelligence community both domestic and foreign, cyber attacked our election process but Trump has done nichego about it. Why is Trump compromised? If protecting America is job #1, shouldn’t Trump be impeached? Where are the Republican patriots on Trump’s refusal to punish Russia?
The whole administration provides much laughter, but then when you hire a clown you expect a circus. And this one has more than the three-ring kind; you cannot wait to arise the next day to see what hilarity, criminality, ineptness and embarrassment they are up to. As he said, “You knew I was a snake before you took me in.”