FROM THE LEFT- The Daily Commercial: For US military bases, what’s in a name? 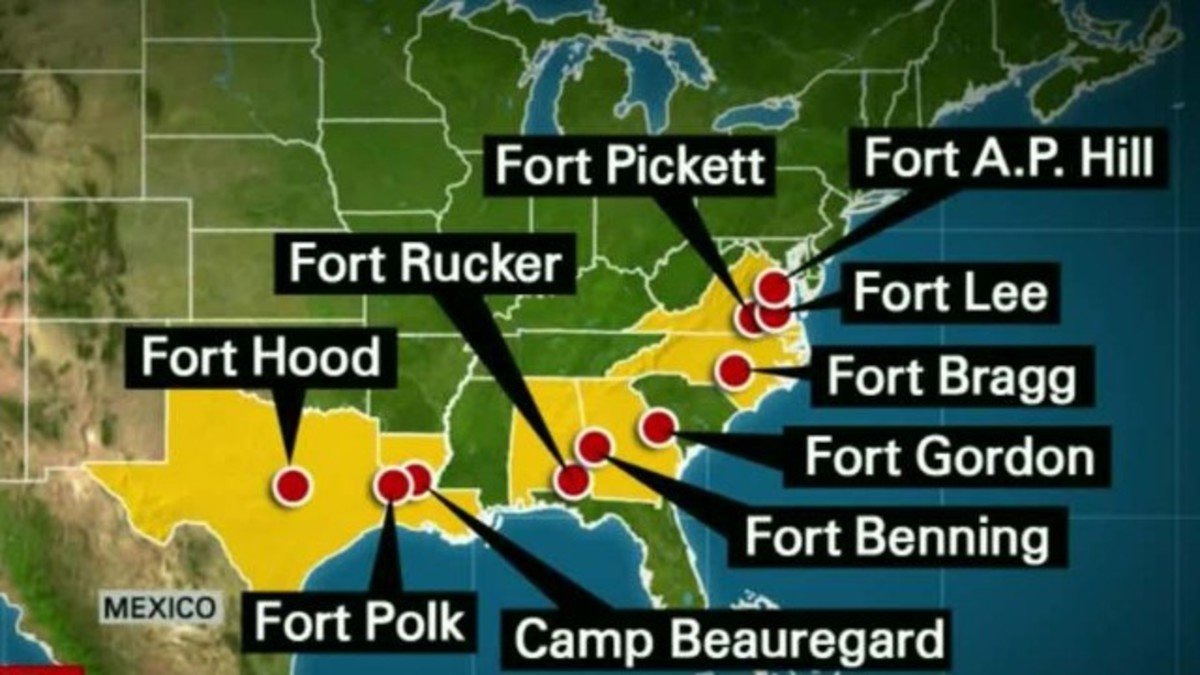 For US military bases, what’s in a name?

There is quite a dust-up about renaming U.S. military bases.

When my first grandchild was born, my daughter gave her my middle name. She did so to honor me. Many families follow this custom where a child is honored with the name of a family member who came before.

We also name streets, public buildings, towns and parks after citizens that we wish to honor and that we hope will offer inspiration to others.

In the case of the 10 U.S. military installations that are named after Confederate generals, that concept of honoring and inspiring seems like an ill fit. So, just how did Confederate names end up on U.S. Army forts and for what purpose?

Those Army bases, all in former Confederate states, were named with input from locals during the height of the Jim Crow era. At that time, the U.S. Army courted southern state buy-in because it needed large swaths of land to build bases in the early 20th century for WWI — and later, WWII. There was also the need to get southern citizens solidly behind the United States’ overseas military expeditions, especially in World War I.

How does this impact today’s soldiers?

According to Pew Research, the military’s racial makeup in 2017 was 57% white, 16% Black, 16% Hispanic and 4% Asian. This reflects decades of American demographic change coupled with opportunities that military service offers working-class families.

When I served in the Army, I was posted at several forts. I never really noticed the names. To me, each fort’s name simply meant a place.

But, I was young and White and Southern and such details of history can often escape a young man’s attention.

However, as time passed, I matured. I learned that life is different for many fellow citizens. I have come to realize how insulting it is — how subliminally cruel — for an American citizen of color serving on a US base that is named for someone who was a traitor to their nation and oath, and who fought for the right to own others. I get it.

The idea of having Confederate generals’ names on U.S. Army posts seems not just illogical, but also pretty silly. Imagine if the British Army named their military installations for WWIIera German generals. That sounds equally nonsensical.

What to do now?

In recent years, Americans and our military have begun rethinking our connection to Confederate symbols, including US Army base names. Folks are speaking up, encouraging the renaming of military bases to names of American heroes.

In July, Gen. Mark Milley, chairman of the Joint Chiefs of Staff, said that Army bases named for rebel generals are divisive and can be offensive to Black soldiers. He explained, “… they can be reminded that that general fought for the institution of slavery that may have enslaved one of their ancestors.”

Both Defense Secretary Mark Esper and Army Secretary Ryan McCarthy recently indicated they were “open to bipartisan discussion” on changing the names.

Retired Gen. David Petraeus wrote, “How strange it was that the leaders of the fight against the Union were more widely honored than were those who fought for the country.”

A growing chorus now recommends renaming the forts after American military figures such as Generals Grant, Pershing, Bradley, Patton, Eisenhower, Marshall, Powell, or Medal of Honor recipients. Our bases should be named after the heroes that sacrificed and fought for our country, not against it.

It is time to give this some honest and reflective thought. It’s time to do the right thing, perform this easy and low-cost gesture, and help bring a measure of peace, honor and unity as America moves forward.

Frank Wood is a retired economics instructor and past Lake County Teacher of the Year. He lives in Tavares.